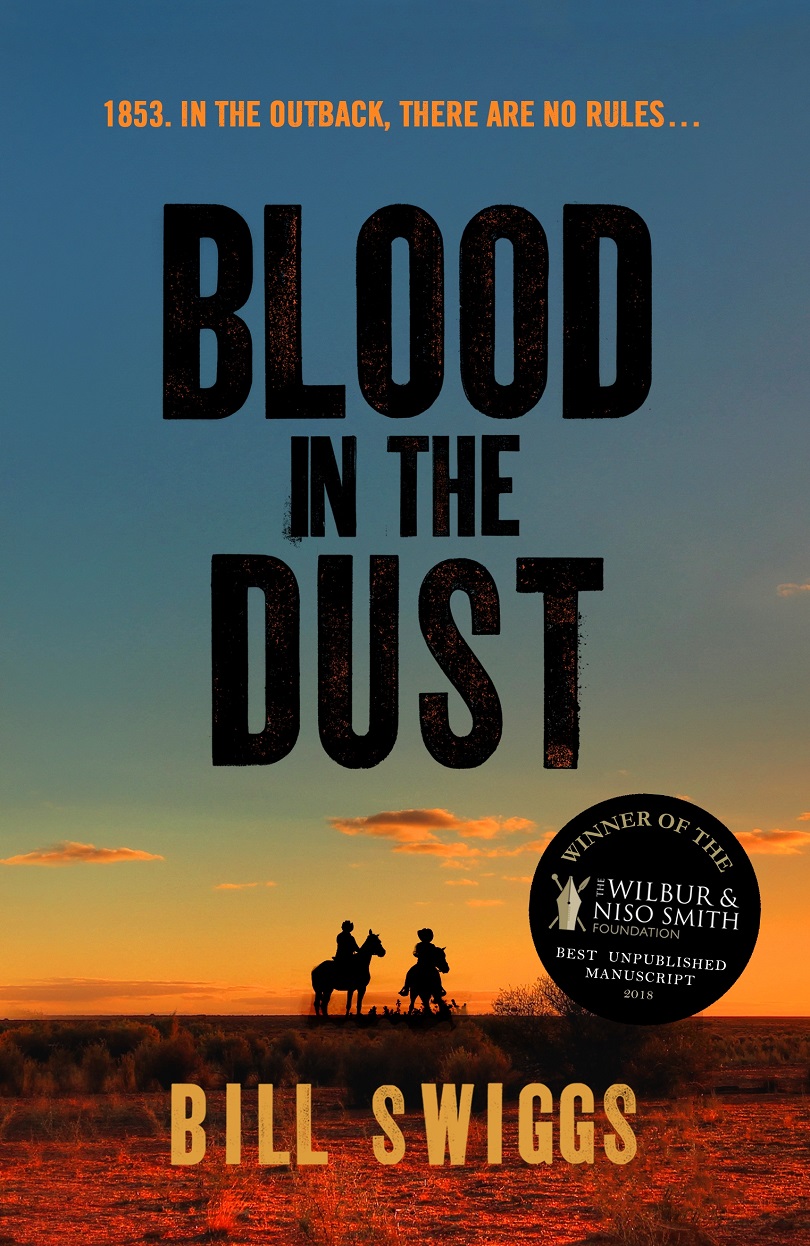 best unpublished manuscript category of the Wilbur Smith Adventure Writing Prize. Although the backdrop is the 1853 Australia  gold rush and the story is set in Victoria, you could change some of the names to Botes, Harrison, Cronje, Buthelezi or Vukile and it could quite easily be South Africa the author is writing about.

However, the protagonists are Toby O’ Rourke, his brother Patrick and the Hocking family, Frank, Maree and their two daughters, Annie and Betty who have sailed from England to seek their fortune on the goldfields.

After a hard day tracking a dingo that has been stealing chickens from the O’ Rourke homestead near Bunyong Creek Toby and Paddy return triumphant with the animal’s pelt to show their Pa, a disciplinarian, who is not very happy that Toby allowed Paddy to shoot the Lovell musket.

An altercation ensues and two shots that kill Sean and Ellen change the brothers’ lives irrevocably. Paddy is so brutally beaten that he suffers brain damage and is rendered speechless. Tanner is also killed and left in the dust as the remaining four bushrangers take off into the hills, followed closely by copper, Sergeant McTavish and tracker Barraworn, who have been after this gang of brigands for months.

Toby and Paddy will soon be rendered homeless when the wealthy neighbouring farmer, Henry Pelham, who has his eye on the eternal spring at the homestead takes over the O’Rourke debt from the bank making the boys beholden to him. The brothers resolve to get their revenge on Anderson and their farm back by selling their cattle at Geelong,  more than six days away. They hire two drovers, Scotchy and Dundas to help to get the herd to market. But things don’t go as planned and the two brothers are left destitute and their hopes of getting their homestead back blow away like gold dust in the wind.

Their plan is to get jobs as stockmen but fate and a fork in the road takes them towards the gold diggings in Ballarat and on the way they save the Hockings from two robbers and then decide to throw in their lot with the family, newly arrived from England. Blood In The Dust covers several historical incidents including a rebellion by the miners who rise up in protest against the high tax on gold licences, among others.

But the ragtag bunch armed with old muskets, pitchforks and spades are no match for the colonial army.

Toby has left the diggings to Paddy and Frank and gets a job at a sawmill  so he can help with the mining venture.

Fast forward a few months and Warrigal Anderson and his men are still eluding the long arm of the law. They steal a chest of gold and kill the four escorts. By the time the theft is discovered Anderson is well on his way heading for the Aborigines’ sacred grounds.

Fate always turns on the spin of a coin and when Toby tracks the rapist and murderer of Caroline Dunn, a miner’s daughter he is feted as a hero.

The Mining Commissioner asks him to help McTavish to find Anderson and his gang. There’s also a reward for recovering the gold so he and Paddy join the hunt and there are some hair-raising moments when Toby escapes death a few times. However, help comes from an unexpected source. There are some predictable episodes that you can see coming from a mile away ,though

If you’re looking for a literary gem it’s not Blood In The Dust. However, if you want a great escapist read then this debut from Bill Swiggs is it.