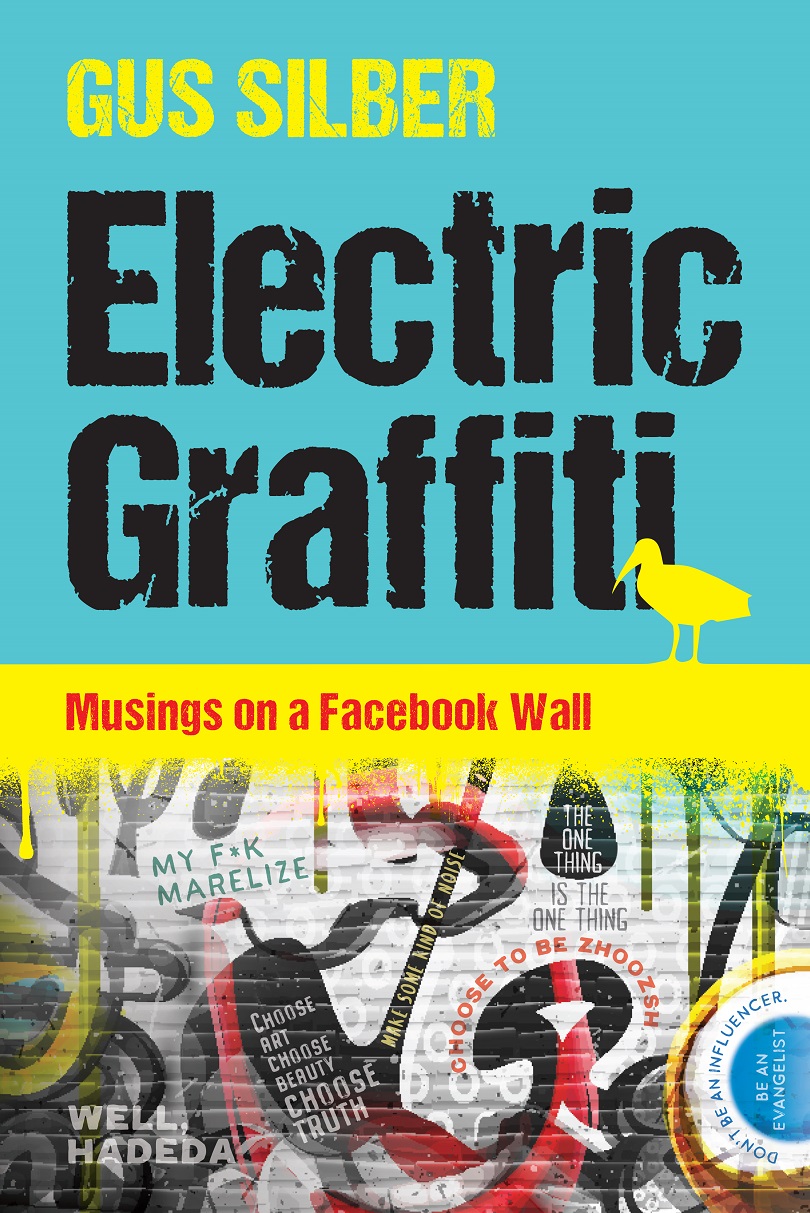 After reading Gus Silber’s thoughts on Bohemian Rhapsody and the Prince of Denmark, you won’t ever listen to Freddy Mercury’s magnum opus in the same way again or when you watch the biopic of the same name which was recently screened on satellite television. Silber explains that Queen’s hit focuses on “the mercurial nature of existence itself”, and he compares it to Hamlet’s famous To Be or Not to Be soliloquy.

Silber’s musings on the hit song emerged after a concert at a church hall where the star act was a three-piece rock band. Which didn’t go according to plan. Instead of the guitarist’s opening chord, there was a “squeal and a fritz” as the amp cut out. With unexpected but happy consequences.

In this collection of his Facebook “essays”, Silber, a well-known journalist and social commentator of note, reflects on everything under the sun,      from the amazing bionic teenager, Tilly Lockey, who showed him “that machines help us to become more human”,  to  what happens when you don’t dress appropriately for the Fairest Cape’s weather: you get laid low by manfluenza. Other essays that will resonate with many readers include Farewell, Matric, an ode to his daughter; Long Live the Academy, about graduation week; and; I’m Not Charlie!, reflects on the power of social media.

Who can forget the video-recording of Namibia’s Marileze Horn who was riding a bicycle on an otherwise deserted rugby field in Windhoek when she collided with a goal post. It wasn’t the collision so much as the muted reaction of her mother, Heidi Horn, who was filming it for posterity. “My Fok, Marelize”, she was heard to say. After the collision for which Silber has given a scientific explanation, “target fixation”, he composed  ‘n liedjie that could become popular round a braai fire. Sung to the tune of Alanis Morisette’s ‘Ironic” it’s bound to be popular. Or when Eskom imposes its load shedding just shout out “My Fok, Marelize, or when the world just doesn’t go your way, and you’ll feel much better.

Each essay will make you look at the world in a new light.

There are 95 thought- provoking pieces of writing and many of them you will want to read again and again.