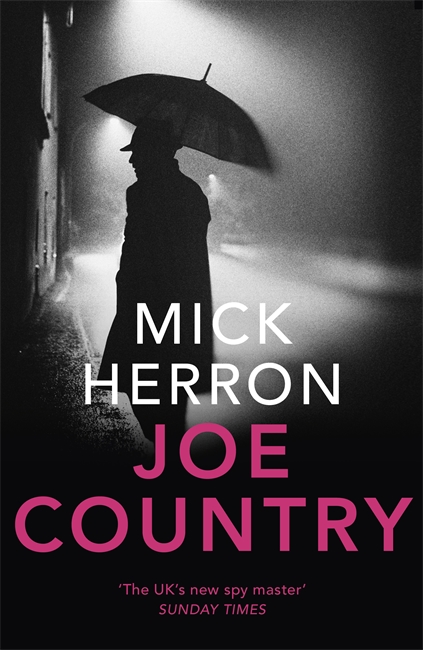 Slough House in Finsbury is a building rapidly falling to pieces, a sure sign of London’s dilapidation . But it is home to the “Slow Horses” a supposedly dysfunctional group of agents who couldn’t quite cut it at MI5 because they were addicts, some to alcohol or drugs, they suffered from stress-related incidents, or were no-hopers, under the command of the toxic Jackson Lamb, an obese, cynical hard-drinking man, who was once a top agent and who knows where all bodies are buried. A Joe is jargon for spies.

Underneath his alcohol-and- tobacco stained, grimy shirt, he is loyal to all the losers under his control, including JK Coe, who is glued to his earbuds, listening to music, only occasionally coming up for air; Shirley Dander with her “bankie” of cocaine; River Cartwright, grandson of David Cartwright, affectionately referred to as O.B. Old Bastard, was once an ace agent, whose death sends River on a hunt to unearth the truth, which takes him from the English capital to the snowy wastes of Wales, putting some of the Slow Horses in danger. Other characters that will be familiar to Herron are Roddy Ho, Slough House’s IT guy who thinks all women lust after him; Catherine Standish is back too, this time buying booze. Then Slough House is sent another loser, Lech Wicinski,  an agent at MI5 who was reportedly involved in kiddie porn and is cast into the wilderness by the Lamb team. As his file is sealed not even Ho can unlock it.  No-one knows the truth although the new recruit claims he was framed. Wicinski also launches his own investigation. Herron who is brilliant with word play, writes: :Catherine had assigned him to Ho’s office; both Louisa and Shirley had space, but Shirley could be volatile on days ending with y and Louisa made it clear she didn’t want to share…”

Then into the mix comes another agent, Frank Harkness, who left bodies in Lamb’s yard and for “that he’s going to pay. Because nobody messes with my stuff,” when Lamb tells Catherine why her partner, Charles Partner blew his brains out.

Emma Flyte, a familiar figure in the other Slough House series: Slow Horses, Dead Lions, Real Tigers, Spook Street and London Rules (all reviewed in the Gremlin), is back but it doesn’t end well. Louisa Dander comes face-to-face with the wife of her lover, Marcus, sent to Slough House because he lost a top secret CD on the tube. Now Marcus is dead and his widow wants Louisa to help find her son who has disappeared.

The disparate threads of Joe Country tie up with many twists and turns. In the end it’s Lamb himself who pulls the trigger that brings Joe Country to a most satisfactory conclusion. In Joe Country, Herron shows just why his fan base grows by the book.