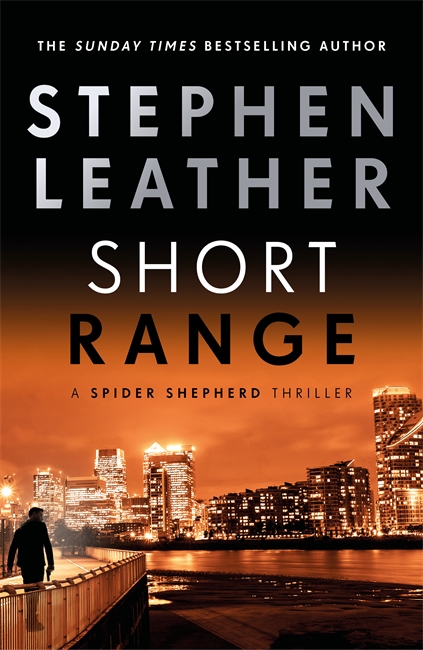 Most of the thrillers featuring Dan “Spider” Shepherd have been page-turners and his 16th adventure is no exception.

Spider who has had a varied career as a policeman, SAS man, MI5 agent and undercover specialist is wearing his MI5 badge trying to prevent a white terrorist group, the British Crusaders, from hitting a London mosque. Chaos and mayhem ensue when bikers throw two pipe bombs leaving many dead and bloodied bodies. Spider is pulled off the case by his boss,  Director Giles Pritchard, and ordered to go undercover and become the handler of teenager, Harry Dexter, 16, who is a mule for a drug syndicate and has agreed to become an informant in exchange for charges being dropped against him.

Spider is reluctant to get involved because of the teenager’s youth. But Pritchard assures Spider that no harm will come to Harry and the rest of the team including an old mate, Jimmy “Razor” Sharpe, is keeping an eye out.  At first glance the two cases seem unconnected but it emerges that one of Harry’s uncles, Gary Dexter, is a British Crusader. Everything goes according to plan… until the Albanians move in. Led by the brutal Frenk Kriezis and his even more brutal enforcers they inform the syndicate which “owns” Harry that there’s a new game in town. The body count mounts up and the blood spills into the streets.

Spider is too busy to go home even though he promised Katra who became Liam’s au pair after his mother died, that he would. Katra is now Spider’s partner and Liam is a Second Lieutenant serving in the British military.

When Liam gets home he is disappointed that Spider’s not there.

A distraught Katra tells him her mother in Slovenia needed money and that her sister Mia borrowed it from some hard men and until she pays back the loan she is forced to work in a brothel. Liam offers to help and the pair fly to Slovenia where they confront the brothel owner, Zivco Zagara.

When Spider gets a ransom note he calls on all his old contacts but help comes from a most unexpected source, Pritchard, who is not just a pretty face driving a desk. He’s had plenty of hands-on experience and they soon head for Yugoslavia.

To say more would be a spoiler. There are some-gut wrenching moments and the Serbian adventure doesn’t have a happy ending. However, the two cases: the terror attack on the mosque and the drug investigation come neatly together.

Another great read from a master of the genre.