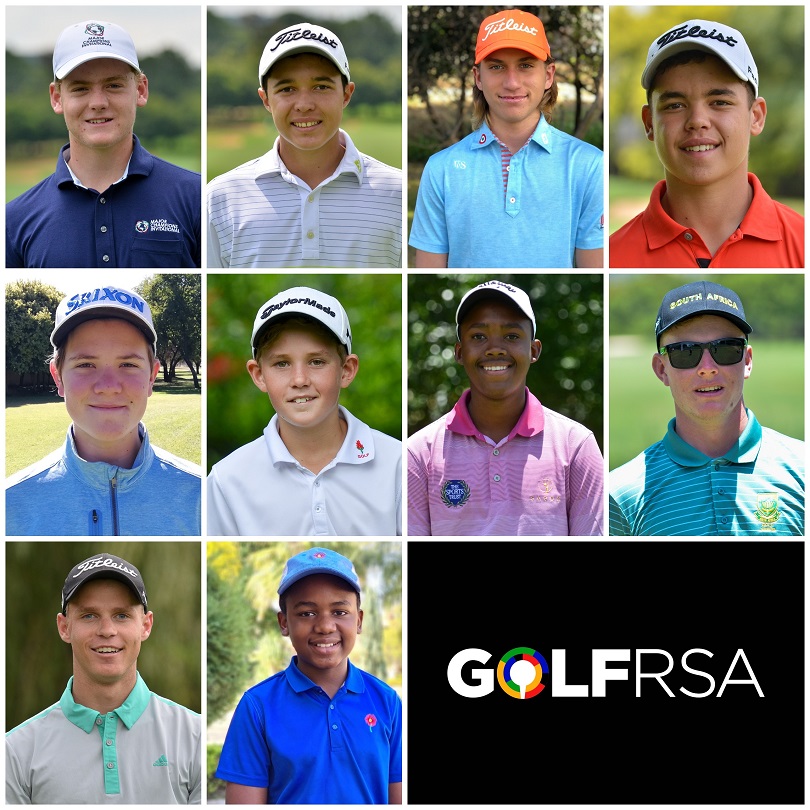 CAPE TOWN, 17 June 2020 – Operational savings from its 2020 National Squad budget have paved the way for GolfRSA to add a further R500 000 to its ambitious Help Fund, which provides assistance to caddies and casual workers that have been severely affected by the Covid-19 crisis.

In April, the organisation set aside R1 million from savings on operational expenses and voluntary staff salary cuts to launch a programme that would identify and reach golf industry workers who have been severely affected by the temporary closure of golf facilities during the government lockdown.

With the full initial sum having been realised over the last six weeks, GolfRSA has explored other avenues for funding sources to sustain the project, including an online auction through Strauss & Co, a raffle site on iTickets SA and savings from the National Squad budget.

“We are extremely proud to have been able to contribute to so many of the most vulnerable members of our golf industry and assist them in a small way,” explained GolfRSA CEO Grant Hepburn. “However, we recognise the urgency of continuing this programme as our caddies and casual workers continue to feel the effects of the lockdown.

“The lockdown has unfortunately limited the opportunities available to our National Squad players, such as group training camps, tournaments and the annual UK Tour,” explained GolfRSA CEO Grant Hepburn. “However, there is a silver lining in that we were able to find an extra R500 000 in the budget to put towards our Help Fund.”

The GolfRSA Men’s and Women’s National Squads were launched in 2016 through funding from businessman Johann Rupert and provide a valuable platform for talented golfers to further develop their skills and showcase themselves through competition, locally and on the world stage.

Contributions totalling R15 million from Mr Rupert have played a major part in the success story of the National Squad.

Vorster, Lamprecht, Samuel Simpson and Casey Jarvis also won the Toyota Junior Golf World Cup in 2019 with a record-setting tournament total of 41 under par, while Simpson secured the Individual title with a four-shot victory on 18-under 266.

Four members of the National Squad – Schaper, Lamprecht, Luca Filippi and Garrick Higgo – qualified on their world amateur golf rankings to represent the International Team in the 2017 Junior President Cup. In the 2019 edition, Lamprecht and Schaper made a second appearance on the International Team alongside Vorster, Simpson and reigning Nomads SA Boys U-17 champion Jordan Duminy.

“We are very grateful to Mr Rupert for his continued support and we are delighted that we are able to redirect some of this funding to a worthy cause,” said Hepburn.

GolfRSA has announced its National Squad for 2020 with a clear emphasis on youth.

“Towards the end of last year and following the Sunshine Tour’s Qualifying School in March, we saw a number of our senior squad members graduate to the professional ranks and we wish them all the best in their careers,” said Hepburn.

“This has opened up spaces within the squad and, following what is a natural ebb and flow, this year’s Class of 2020 is a very young, but very exciting one.

“We are extremely fortunate that, because of the groundwork put in by the clubs, unions, coaches and academies, we continue to see so many highly talented young golfers come through the system.

With the group of 27 promising golfers averaging just 16 years of age, the most experienced player within the squad is Jovan Rebula, who is based at Auburn University in the USA.”

Rebula, along with Central Gauteng’s Cole Stevens, has been part of the National Squad since its inception in 2016.

“Unfortunately the international pandemic has adversely affected the playing opportunities for this year’s squad, including the cancellation of the UK Tour, but we felt it was important to acknowledge the recent performances of the players who have qualified for the squad, particularly the nine new members,” said Hepburn.

“However, we will continue to work with the players to ensure they remain sharp, both physically and mentally, during the lockdown period. The Squad members will take part in numerous online conference calls and, together their support teams, we will set individual conditioning programmes for the players.”