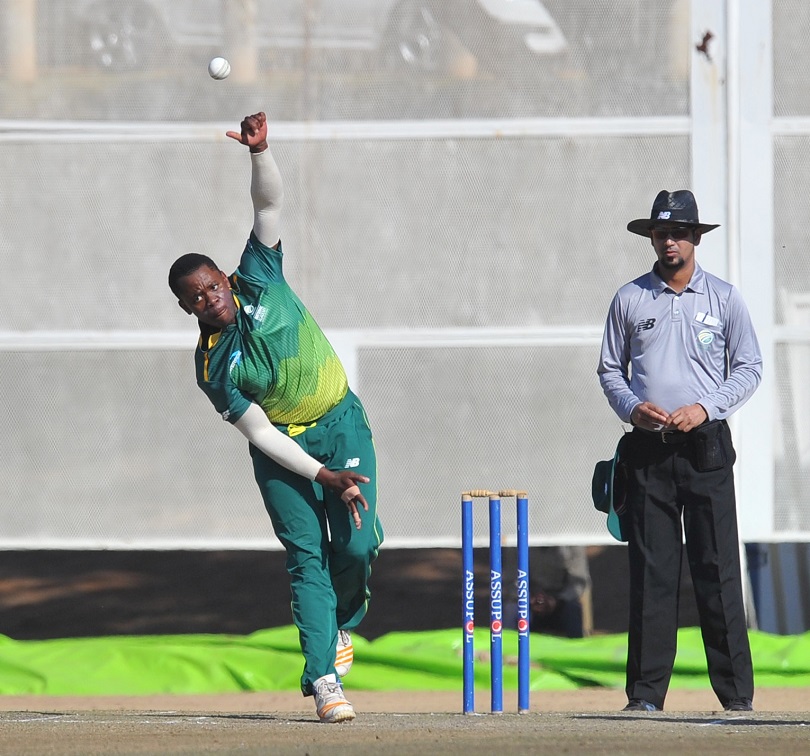 SWD spin bowler, Tsepo Ndwandwa, won the prestigious SWD Player of the Season Award at their Annual Awards that were presented via virtual media on Friday.

The Covid-19 lockdown regulations have prevented SWD Cricket from hosting its annual awards function at the conclusion of the 2019/20 season and streamed its awards via various media platforms.

In the CSA Provincial Three-Day Competition, Ndwandwa bagged the fifth most wickets – 33 (just 6 wickets fewer than the top wicket-taker, Basheer Walters) at an average of 24.84 with two five-wicket hauls.  He also represented a SA Emerging XI and the WSB Cape Cobras.

Miceala Andrews, who finished 6th on the CSA Limited over competition batting averages with 187 runs at an average of 46.75 with a highest score of 117 and a strike rate of 114, received the Award as Women’s player of the season. She was also selected for CSA T20 Superseries and CSA National Powerade Academy.

Three members who passed away during the past season – Neville du Plessis, an umpire from Dysselsdorp, Elvira Nomdoe, a scorer from Blanco and Carol le Roux, an educator from Delville Park Primary School in George, who was involved in the KFC Mini Cricket program for more than ten years – were honored with a Roll of Honor Award.

The Chief Executive Officer of the company, Albertus Kennedy, who is employed since the opening of a permanent office since October 2004 received the Simon Swigelaar Floating Trophy for his services to SWD Cricket.

Other category winners were:

The presentation can be viewed on the youtube link https://youtu.be/dB88wgQ4HZ0 or on the Facebook page of SWD Cricket.