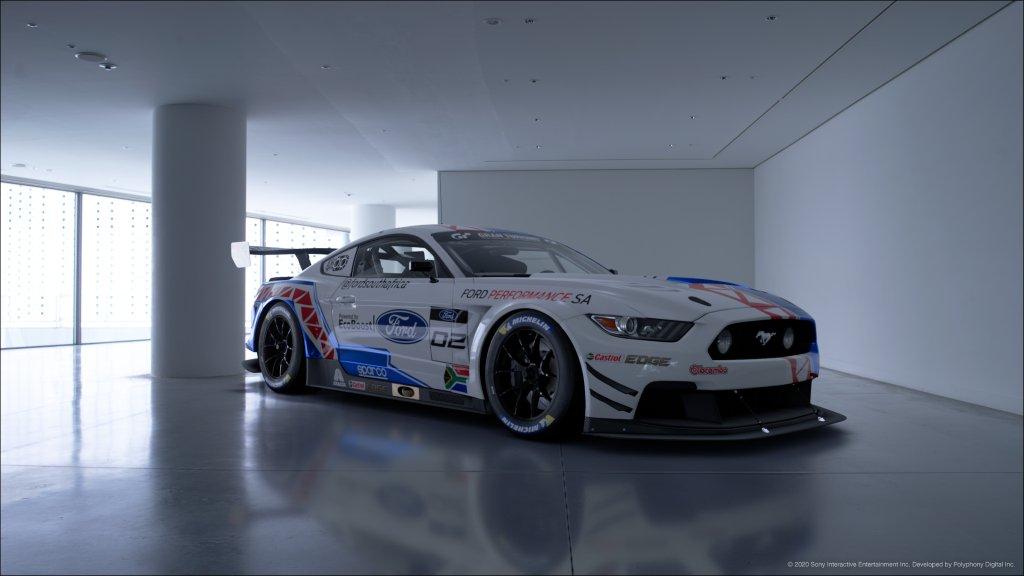 Brian Joss – Ford Motor Company of Southern Africa (FMCSA) is setting its sights on a new motorsport horizon with the launch of the very first motor manufacturer-based sim-racing competition in South Africa.

And you don’t need a driving licence to enter. Just grip the wheel and join this dynamic racing competition.

The inaugural #LockdownLaps Ford Performance competition, which will be held from 29 June to 1 August   on the renowned Gran Turismo Sport platform,

invites South African sim-racers to test their skills and nerves of steel in a bespoke virtual championship designed to crown the very fastest sim-racers in the country.

Prizes, including a state-of-the-art wheel and pedal system and other Ford Performance gear, will keep the action flowing to the very last lap.

Being confined to one’s home – with respect for social distancing under lockdown – is one of the leading contributing forces behind the current surge in esports. In contrast to all traditional industries and sporting events, Esports is thriving under these restrictions with many professional athletes and drivers embracing the virtual platform in lieu of their normal machines or gear.

This is no more evident than the recent virtual Le Mans race which repurposed many of the race’s traditional elements – including the 24hr format – for sim-racing. Le Mans is a big part of Ford’s own motorsport dynasty, with a recent category win for the modern Ford GT.

“We know many of our customers are missing their car during this time of restricted travel, or simply dream of driving our exciting Ford Performance models like the legendary Ford Mustang,” says Doreen Mashinini, General Manager Marketing at FMCSA.

“That’s why we are excited to launch a virtual racing championship on Gran Turismo Sport during a time when esports’ growth is eclipsing mainstream sport both in viewership and commercial aspects. The fact that our competition will run over National Video Game Day on the 8th of July is added reason for celebration.

“Performance and motorsport are integral to Ford’s DNA and we’re always looking to engage with younger audiences and online communities,” Mashinini adds. “This is a chance to talk to the next generation of Ford drivers and ambassadors.”

Featuring a diverse garage of Fords rendered in high definition pixels, from the Mustang 5.0 GT to the mud-carving Focus rally car, Gran Turismo Sport strongly resonates with the Ford brand and its many racing successes. The game’s variety of circuits will put these machines to the ultimate test in an immersive and competitive environment.

Careful thought has gone into the competition’s format to ensure inclusivity of all sim-racers, catering from the occasional weekend racer to the online gaming pros. A qualifying session will ensure that drivers of different skill and speed are paired up fairly for each of the three points-scoring championship rounds, held each Saturday. Points accrued from these rounds will decide the ten fastest drivers who will then progress to the final championship round, showcasing the country’s best sim-racers in a live-streamed event.

An experienced esports sim-team with over a decade of competition and league hosting will provide full communication support, while ensuring fair and good sportsmanship is maintained throughout the competition.

To register use the link https://discord.gg/MAMsbmm and join the Discord app

Think you’ve got what we’re looking for? The search for Ford’s fastest sim-racing drivers begins now.