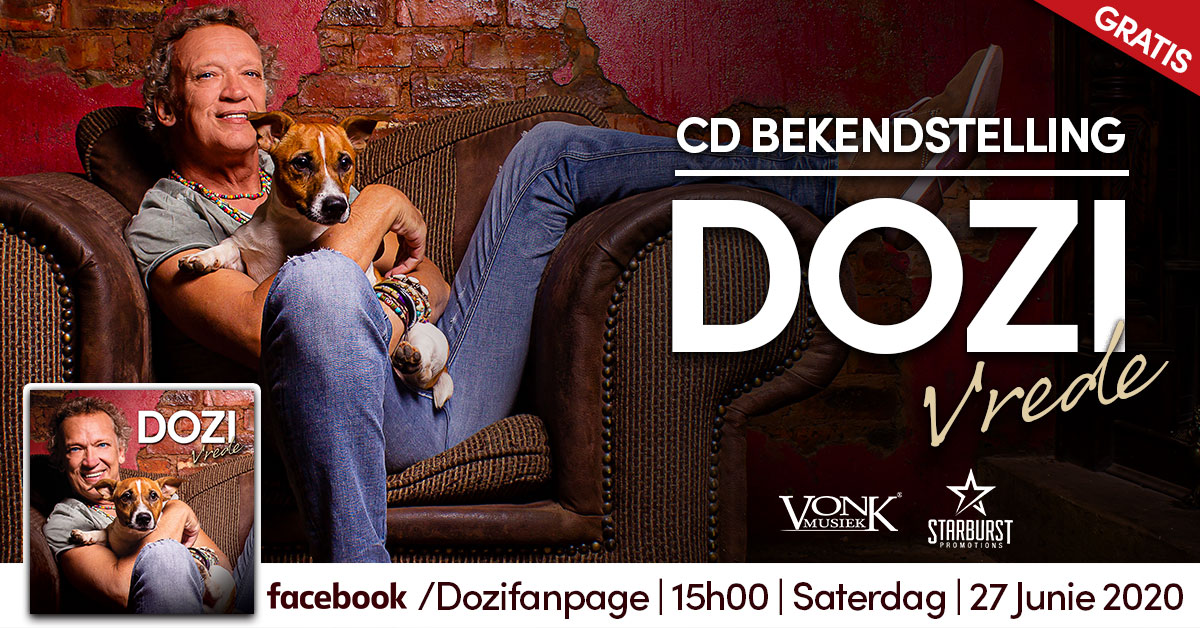 On Saturday, 27 June 2020 at 15h00, DOZI will officially be launching his new album VREDE, (which is already available on all digital platforms) to the public with a free online show via his Facebook page.

This will be a live performance from his beautiful restaurant/theatre, Smokey Sanches, on his farm!

“I will be singing every single new song on my album”, says DOZI.  “The hottest session band will be joining me on stage.  Maurtiz Lotz, Vinnie Henrico and Leon van Rensburg will be sharing the stage with me . I am extremely excited and I cannot wait!  I am very proud of this album. For the first time in a long while, I had my own say and complete control over the content and album ”.

The album is a collection of tracks which will not only leave you feeling nostalgic about the past, but it will also fill you with hope for the future and appreciate the present. This acoustic rendition builds on the winning recipe for which DOZI has become very well-known over the years, but also shows a brand new side of his music to the public.

Everyone can join on Saturday at 15h00 on Dozi’s Facebook page https://www.facebook.com/Dozifanpage/ from where the show will be streamed for free.

This is DOZI’s nineteenth album, consisting of twelve original tracks, of which he wrote three songs himself. Stef Kruger wrote the other songs. According to DOZI,  he throroughly enjoyed working with him and says that Stef is an extremely gifted song writer.