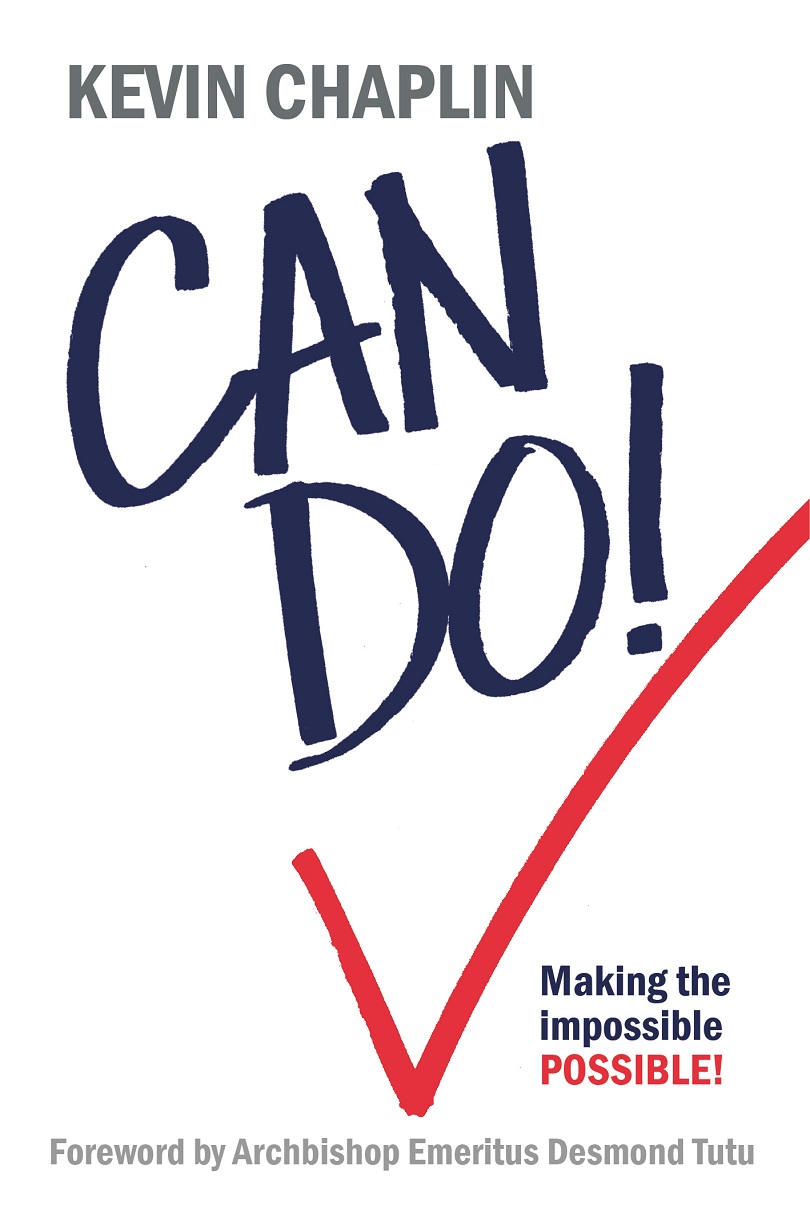 These motivational memoirs are usually self-laudatory. This one is the exception, although Kevin Chaplin does give himself the occasional pat on the back, it’s fully justified. After a successful 26-year banking career with Barclay’s Bank now FNB, he started the South African Ubuntu Foundation to help push his agenda of transformation. Then he rescued the Amy Biehl Foundation from the cusp of insolvency to turn it into a thriving NGO now called the Amy Foundation which has changed thousands of young lives for the better. The Foundation includes a Youth Skills Centre costing R8 million which was paid back in 18 months.

The Amy Biehl Foundation was started by Peter and Linda Biehl to commemorate their daughter, Amy, an American student,  who was murdered in Gugulethu by members of the PAC who chose to vent their rage on an innocent white woman who thought she could make a difference.

Her killers, Vusumzi Ntabo, Mongezi Manquina, Ntobeko Peni and Easy Nofemela, were sentenced to 20 years in prison but were granted amnesty by the TRC led by Archbishop Emeritus Desmond Tutu after serving a five-year term. Later Peni and Nofemela were to play an important role in the Foundation.

Setting up the Amy Foundation was not an easy task. There was a strike, led by a member of the EFF, which almost brought the NGO to its knees. Albert Fritz, MEC for Social Welfare, without much thought called for an audit of the books and threatened prosecution. The media also gave a slanted view of the Amy Foundation, without too much investigation and relied on FaceBook and other social media to get their facts.

Chaplin recounts the incident in great detail. Unfortunately he didn’t name the EFF instigator, who, when the going got tough, fled and left those who blindly followed him in the lurch.

The Amy Biehl chapter is an important part of Can Do! and is worth reading as many facts that went unreported by the mainstream media are disclosed here for the first time.

During the course of his work for the South African Ubuntu Foundation and the Amy Foundation Chaplin has been fortunate to visit numerous countries and sites of historical importance including to the Auschwitz, Krakow and Bergen-Belsen concentration camps where thousands upon thousands of Jews were sent to the gas chambers by the Nazis. “It was one of the most humbling and emotional moments of my life. While most of us have heard of the Holocaust you cannot grasp the scale of atrocities committed by the Nazis until you have made a visit,” Chaplin writes. It taught him an important lesson: “Everyone should seek to learn from the horrors inflicted by racial prejudice and senseless hatred.” Incidentally Chaplin has many Jewish friends and has often shared a Friday night (Shabbat dinner) with them and he has adopted many of their important traditions such as the Friday night meals to make time for family. And he has also adopted the “no work rules” of Shabbat that many families would be wise to adopt, he advised. And you don’t have to be Jewish to do so, said Chaplin.

When he was in Tibilisi, Georgia, for a European Association of Institutions of Non-formal Education of Children and Youth (EAICY)  conference he couldn’t understand why the press were hounding him. They saw the name of Chaplin on the guest list and assumed he was a relative of the great Charles who is much admired in that part of the world and the fan club asked Chaplin to unveil a statue of the comedic actor.  Chaplin was also interviewed on TV but by then it was too late to tell the truth, although he did tell his host who couldn’t stop laughing.

Chaplin was born in KwaZulu-Natal without a silver spoon in his mouth. His mother, Lorraine Ann Tramontino suffered with spina bifida and despite the doctors’ prognosis she survived to produce three children. There is an image of Lorraine, then aged 7, wearing calipers, presenting a bouquet of flowers to Princesses Margaret and Elizabeth during the Royal Visit in 1947.  Chaplin’s father, Maurice, loathed him and often physically abused him. However, a few years before Chaplin senior died at age 82, they made peace.

As Chaplin notes he did not allow his relationship with his father to determine the course of his life. He did it himself and he often acknowledges how the power of prayer helped him over life’s humps. His grandfather, Seconde Albert Tramontino, one of the few positive male  role models in his life, gave him some good advice which served him well throughout the travails: “Never say die, get up and try”.

Chaplin has had some mentors on his journey, among them PnP founder, Raymond Ackerman, Cape Union Mart’s Phillip Krawitz, and many others, whom he gratefully acknowledges.

Can Do! is an easy read with sound advice from Chaplin. Some moments will give you a lump in your throat.

The book is liberally illustrated with images of his family, Amy Foundation volunteers and students who have successfully graduated from the skills centre and of himself with ordinary and not so ordinary people including Nelson Mandela and the veteran anti-apartheid activist, the late Ahmed Kathrada.