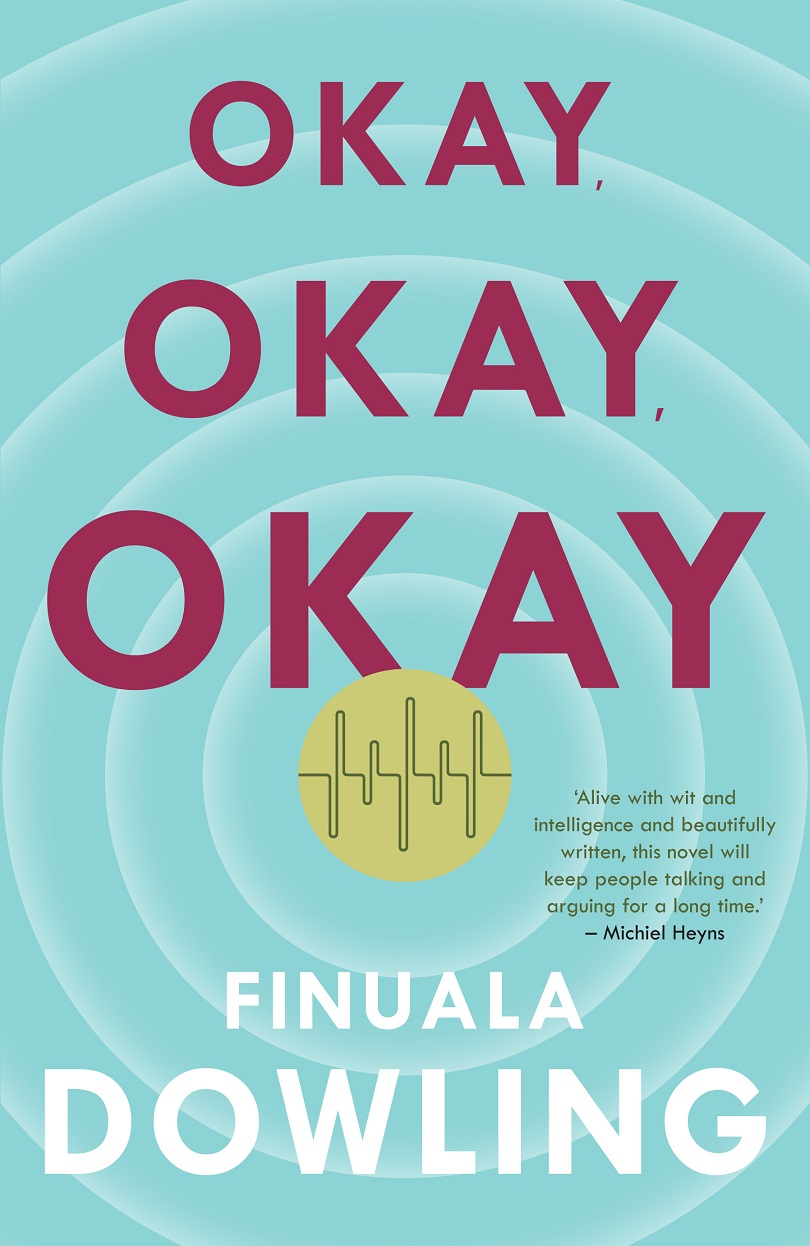 Dowling is an award-winning poet and her first poetry collection, I Flying, won the Ingrid Jonker Prize; her second, Doo-Wop Girls of the Universe was joint winner of the Sanlam Prize, and her third collection, Notes From The Dementia Ward, won the Olive Schreiner Prize. The same lyricism that underpins her poetry is clearly evident in Okay, Okay, Okay, her fifth novel.

In Okay, Okay, Okay she casts her poetic eye on life at university. Although Adamastor is a fictional tertiary institution the story gives a nod to the University of Cape Town  where some of the events played out. Adamastor was created by Luis de Comoes, in his epic poem, Os Luciadas, a tribute to Portuguese sailors and the challenges they had to overcome sailing past the Cape of Good Hope, into the Indian Ocean.

Dowling has created an intriguing cast of characters, many of them doppelgangers of friends and lecturers you used to know at uni.

At the heart of story are two deaths: Siphokazi Nonjinge, a young student who committed suicide because of abuse and exploitation; and Miriam Landor, an academic, who had a heart attack at 30, after her goal-oriented husband, Simon, brushed aside her concerns.

Their deaths will have unintended consequences. Nonjinge’s demise will spark campus-wide protests along with the vandalism, violent occupation and unreasonable demands that accompanied it, while Landor’s death will force Simon; their drama student daughter, Cecily, and his “adopted” son Loyiso, to look deep into their souls.

Simon, as head of Effective Communication, is an archetypal bureaucrat and is the spokesperson and lickspittle for Adamastor’s vice chancellor. The former English lecturer is a master of obfuscation and his metier is filling in forms and embellishing reports so that they don’t sound like freebies.

Other lively characters include drama Professor Bruno Viljoen, who is always on the fringes of one scandal or another; medical researcher, Rhoda Cupido, a certified workaholic; the Africanist Professor, Mziwoxolo Sitoba, who in a letter to the editor, called a café owner  racist because the waiter substituted spinach for butternut. A similar incident at a Cape Town restaurant a few years ago made headlines in the dailies.

One of the most engaging personalities in the book is Vida, a sound engineer who has “toured the world with musicals” and agrees to help organise an alumni fundraiser at Adamastor.  Ordinarily she wouldn’t stoop so low but she needs the money. She thinks it’s so infra-dig and that being asked to help with this is like “phoning JM Coetzee and asking him to write your child’s sick note”. What makes Vida even more likeable and human is that she has an assortment of pets, cats and dogs, strays mainly, that she has rescued. Two dogs Trinculo and Ginger, and the two cats Calico and Torbie.

She is also generous to a fault, buying coffee for a few gogos  waiting for their monthly grant at the paypoint.

Vida meets Cicely at the fundraiser and they quickly become friends. Cecily has been working on a theatre piece about her dead mother and Olive Schreiner, the subject of her mom’s unfinished thesis.

There are many other players in Okay, Okay, Okay that you will remember long after you’ve turned the last page: Siphokazi’s sister Viwe Nonjinge, Simon’s long-suffering assistant and Khanje, the homeless student, who sleeps under a head of department’s desk. Life has a strange way of interrupting your plans and as a result there are some surprising turns in the plotline.

Okay, Okay, Okay is a scathing expose of the state of universities in South Africa. With touches of humour and lyrical writing Dowling lays bare the shortcomings of Adamastor University’s uncaring administration which is probably a fair reflection of staff at most tertiary institutions. Dowling is equally scathing of the behaviour of the students during the protests which were spurred by Siphokazi’s suicide, among other incidents. Dowling also postulates that transformation is just another buzzword for eroding from within the foundations of once venerated institutions.

While Okay, Okay, Okay on the face  of it is a novel about university life it is much more than that. It raises important questions, among them, why we don’t listen or show kindness to each other. These are existential questions but if we show empathy or do to others what we want them to do to us the world would be a better place.

If you want an elegantly written literary gem that will tug at your heartstrings or make you think or laugh out loud then put  Okay, Okay, Okay at the top of your must-read list.