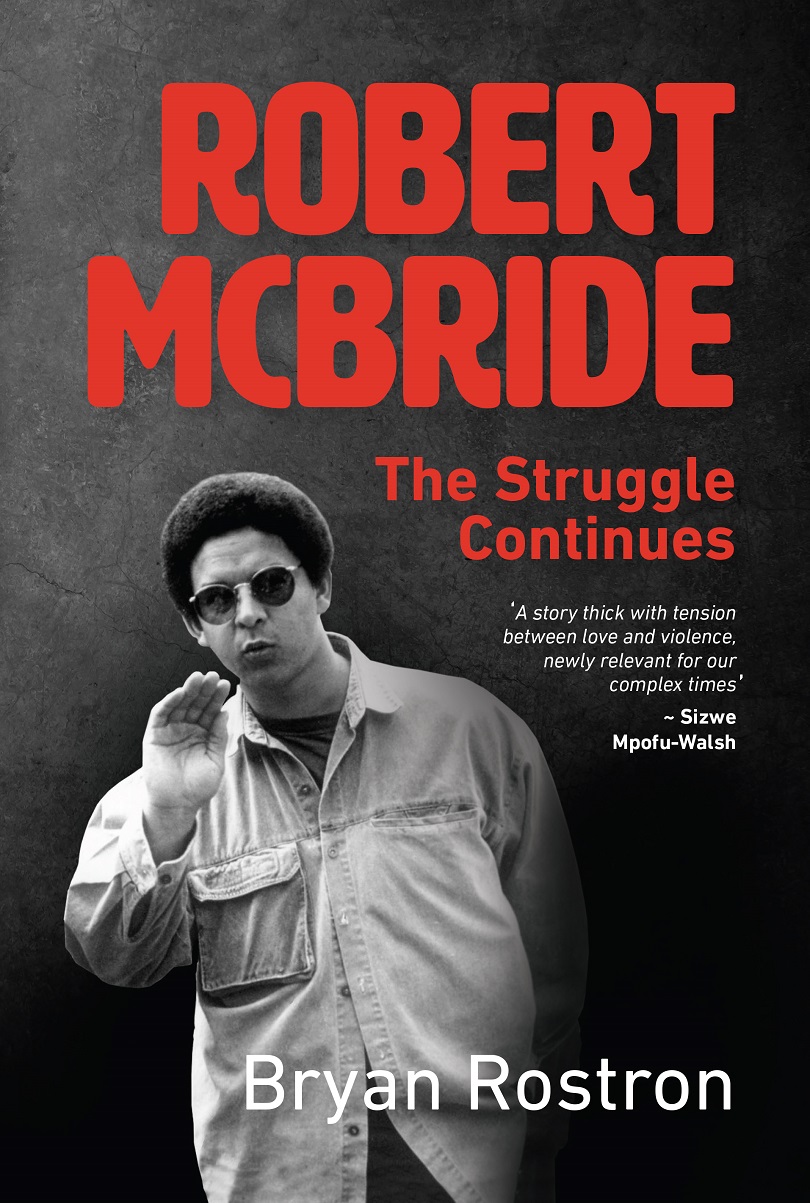 While Robert McBride will be best known for the bombing in 1986 of the Why Not and the  Magoo bars on Durban’s beachfront during the Struggle. And for planning a series of bomb attacks, with another activist ,Gordon Webster, on electric substations, there is a human side to him.

Not so well-known is that  McBride who, along with his activist teacher father, Derrick and MK member, Greta Appelgryn, was arrested after a raid on the Edendale hospital in Pietermaritzburg, to rescue Webster, who had been shot and caught by police. The unit was led jointly by McBride and Webster but was run from Botswana.

A raid into Botswana by the South African security forces ion June 16 1985 (Today June 16 is a public holiday that marks the uprising of the Soweto youth who were protesting against Afrikaans as a medium of instruction). The raid on an ANC target which killed 12 people of whom only five had links to the liberation movement was one of many public relations disasters for the

McBride grew up in Wentworth, Durban, where his parents, Doris and Derrick, forced as Coloureds, to move under the Group Areas Act. Robert born on July

6 1963 was a much-wanted child as the McBrides, both teachers, had been married for five years, and had previously lost a daughter at birth.

McBride’s sister, Bronwyn, arrived 11 months later. Derrick’s passion was politics and his pupils gave him the nickname, the “Coke Bottle” because he could explode at any time. By all accounts Robert was a quiet, reflective little boy, always asking why he couldn’t do certain things, and it was up to Doris to teach him the ins and outs of the segregation laws. “It all depends,” she told him, “On the colour of your skin.” Eventually she told him, “It’s because you’re not white.”

Derrick despised whites and he often used to tell his son, “Never trust a white man, I have never come across an honest white man in my life.”

The young McBride came face to face with racial prejudice early in his life:

when he was nine, a fishing expedition turned nasty, when the father of one of the three white boys, who until then had been playing happily together, smashed a glass jar full of guppies that Robert had collected. The second incident was at an outing to Zoo Lake a year later when he family visited Johannesburg.

Robert and his sister, Bronwyn, wandered off and saw some white children playing with goldfish in a bucket, he joined in. But it wasn’t long before a large Afrikaner youth raced up, kicked Robert from behind, right between the legs, and yelled, “You can’t do that, you little bastard. Voetsek, you’re not allowed here. You’re not white.”

In 1979 the McBrides had another daughter and by then the house had become too small. After much badgering by Doris and Derrick, the authorities moved them to Hardy where Robert came face to face with the Drain Rats, street corner gangsters, who gave him trouble, first because he was a new face, then because he wouldn’t join them.

Robert also helped to organise the demonstrations in the 1980s over inferior schooling at Fairvale High. The school boycott didn’t end well when a three-week old baby died when the police fired teargas into the clinic where Robert and a group of protestors had taken refuge.

By now Derrick had started his own welding business and he demanded that Robert spend all his spare time there. The relationship between the pair wasn’t smooth at all, mainly because they were so alike in temperament. And Doris often wondered when Robert would become his own man.

It didn’t take long and despite Derrick’s constant and consistent warning that white men weren’t to be trusted, Robert ventured to the other side.

Most of the McBride story has been told in his biography, Till Babylon Falls, which was written by Rostron and first published in 1991.

Now Rostron takes it further in “The Struggle Continues” when McBride was set free from Death Row at the behest of Nelson Mandela. McBride spent 1 463 days on Death Row after he was sentenced to death for his part in the Why Not and Magoo bombings in which Angelique Pattenden, Julie van der Linde and Marchelle Gerrard died and 69 others were injured.

And it is where Rostron first met McBride, then 26, in 1989 at the notorious Pretoria Central Prison. It was also where McBride met his wife-to-be, Paula

The afterword chronicles the life of McBride after “freedom” and his continuing fight for justice and unearthing corruption. McBride’s stint at IPID, the police watchdog, show just how much his crusade against corruption has cost him.

Although he remains a loyal ANC member his analysis of the “liberation movement” is, writes Rostron, unflinching. “There’s a huge patronage network, “McBride told Rostron, “and it amounts to a national security threat.”

For McBride old habits die hard and because his is wary of talking on the phone Rostron flew to Johannesburg to meet him in a hotel lobby. After not seeing him for many years Rostron was surprised at how tall and powerfully built he is. McBride is still focusing on the mythical Babylon made famous by his reggae idol, Bob Marley. To McBride, Babylon represented apartheid, an evil system that must be brought down. The activist is still fighting the good fight although Babylon has morphed in to state capture with brazen looting by politicians, abetted by crooked businessmen who have become “grotesquely wealthy”, and corrupt cops.

While he was head of Ipid McBride identified cabinet ministers, police and spineless ANC MPs who framed him. And for his trouble Bheki Cele, police minister, terminated his contract. In spite of this, “I’m the same person I always was.”

President Cyril Ramaphosa in April 2019 signed into law a new enforcement unit, which seems to have slipped under the radar by many people including the media. It’s called the Ethics, Integrity and Disciplinary Technical Assistance Unit (EIDTAU). Essentially it is an ethics unit and Ramaphosa appointed McBride as the new head. It will have wide-ranging powers and will be able to conduct lifestyle audits, investigate police, civil servants at all levels to root out fraud and abuse of office. McBride has already put processes into place and he is going after the big guns, as he did at Ipid when he uncovered corruption of over R1bn involving 15 police generals who will eventually face trial. As McBride points out in any other country it would be regarded as a national crisis. Here it tends to get swept away. But the fact is, this is a national security threat.”

It’s sad that for most whites McBride is synonymous with the Why Not and Magoo bars bombings. There is is another side to him, a human side and Rostron has written a compelling and well researched narrative about one man’s struggle for justice.