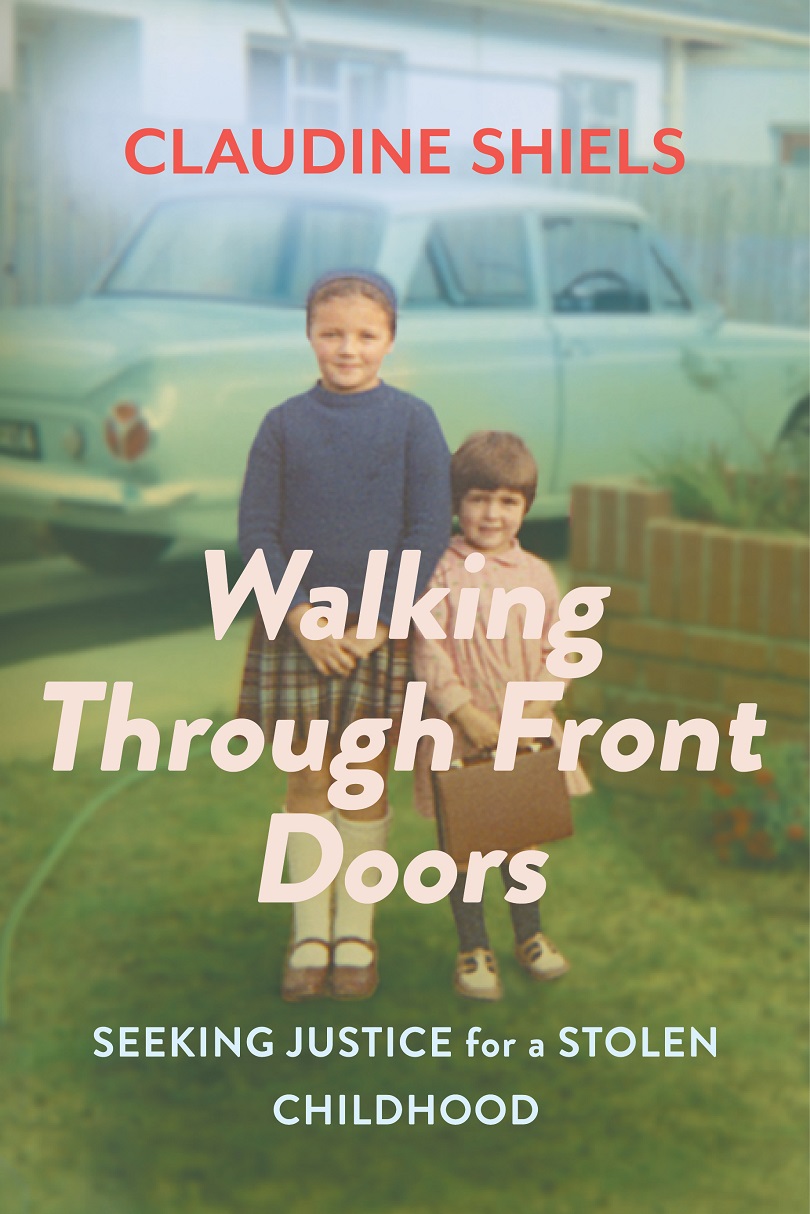 Seeking Justice For A Stolen Childhood

Vengeance is not the reason Claudine Shiels, 60, wrote Walking Through Front Doors, a harrowing memoir about the sexual abuse nightmare she and her sister Lisa van der Merwe, 56, suffered at the hands of their step-uncles for many years.  She didn’t want the reader to think, when they turned the last page, “Well, that was a spiteful little revenge book”. It’s not a book about spite, it is a brutal and honest account of what went on behind closed doors.

Sadly, the sisters’ experience is not uncommon, either in South Africa or elsewhere in the world. And like the victims of movie mogul, Harvey Weinstein, they are close to seeing justice done, more than 40 years after the abuse took place. An amendment in the Criminal Procedure Act 51 following a court judgment by eight people who laid sex abuse charges against the late Sydney Frankel was the spur the sisters needed to pursue their case.

The year 1967 was not a good year for the Cape Town family. It was the year that the life of the Browns was derailed. Who would have thought that a “drive down to Muizenberg to see the Christmas lights” could have such devastating consequences. Claudine, seven at the time, had a sense of foreboding, especially when her mother, Winnie, got behind the wheel of her dad John’s new out-of-the-box Renault. It was also the night of their soon-to-be uncle’s bachelor party and all the men had gone out.

Disaster struck when the Renault “died” on the railway tracks and the train coming from Plumstead plunged into the car. The passengers included granny, two aunties and Lisa who were not seriously injured.

After the accident Wilma unravelled from the trauma;  her husband divorced her and married another woman, Pauline, who was the epitome of the wicked stepmother. Not evil but spiteful and she would do things to make the two girls, who called her Mommy, “look hideous”.

An incident that Claudine clearly remembers was when their cousin Linda came around for the afternoon. “Mommy changed into the sweetest, kindest lady, offering cool drinks and biscuits in the comeliest voice with the gentlest of gestures. It was one of the saddest moments of my childhood, when the elation I felt after a few hours of believing I’d got Mommy all wrong, and that she really did love us, was snatched away cruelly, the minute Linda left.”

The abuse started in a subtle way. Mommy’s family and friends all “insisted on the full-lip kiss”, which the two sisters were told, was the South African way. “Without question, Lisa and I, were expected to offer our mouths to every adult, man or woman, regardless of whether or not we even knew them”. “It was disgusting,” Shiels recalls.

She doesn’t go into detail about the sexual abuse but years later when she and her estranged sister are reunited she recalls some of the incidents.

One day the sisters were told that Uncle Jaco and Uncle Schalk were coming to Cape Town for a weekend of braaing and drinking. John brewed his own beet in the garage, much to the delight of the neighbours who were always up for a jol.

Claudine and Lisa had to make sure that the stacks of empty beer bottles were squeaky clean. Their stepmother Pauline ordered them to do it before their father arrived home. Although it was school holidays she told them bluntly, “Aikhona, you’re not staying at home for 10 days doing nothing”.

Years later when the sisters remembered the bottle-washing incident they recalled a visit to Oom Schalk and his new wife at their flat in Port Elizabeth. They were needed for baby-sitting at night. During the day Uncle Schalk would suggest a beach drive and they never questioned why they had to wear bathing suits. Occasionally Uncle Jaco would suggest a movie and at one screening of Oliver! he put Lisa on his lap so “she could see better”.

The two uncles spent a lot of time in the girls’ bedroom at home or pulling them in to the braai.

They have a particularly vivid recall about the nights Jaco and Schalk came into their bedroom. It was torment for the two sisters, who despite their pleas the two men carried on as if they had choreographed it beforehand.

You can feel the pain the sisters endured and you hope that the medical records they need for the court case will still be available all these years later. The tension is palpable as they sit in the Groote Schuur Hospital discussing their chances and the relief they feel when they find them.

The court case is still ongoing. It was first heard in the Wynberg Magistrate’s Court, Cape Town, late last year and the charges were changed to indecent assault. Magistrate Vanessa Miki ruled that the charge sheet should be amended, which the State is opposing and she has applied to the High Court for a review of the ruling.

The case is due to be held in the same court on July 13.

Writing Walking Through Front Doors was likely a cathartic experience for Claudine Shiels and her sister Lisa van der Merwe. At the very least it has given them hope that justice will be done. It is a story written for many people, men and women, who will know that justice is possible.