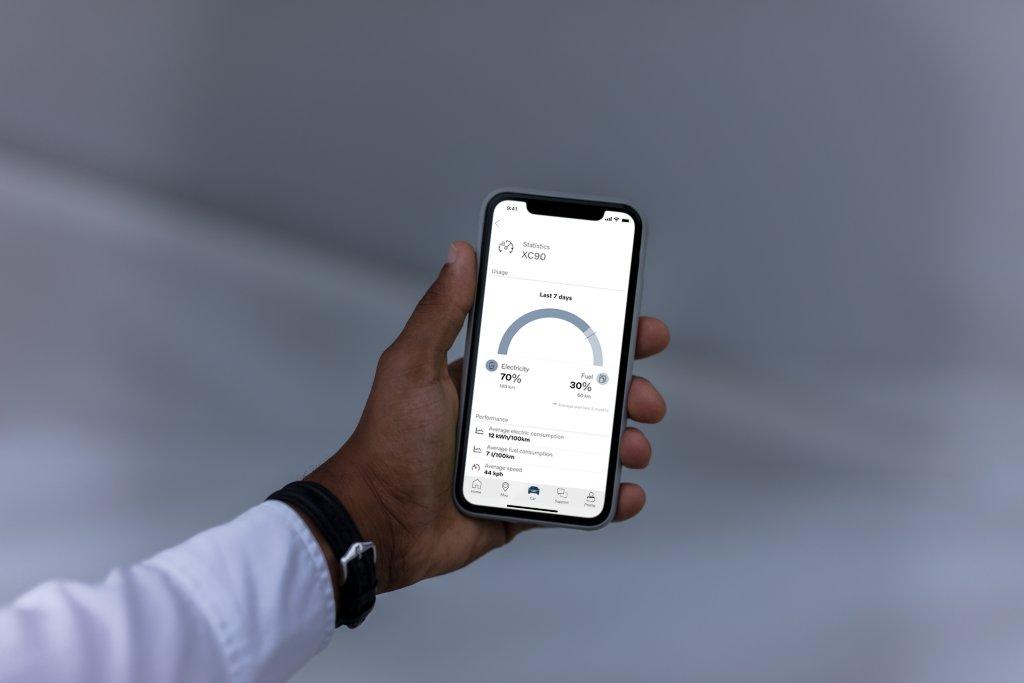 Brian Joss – Call it a step counter for electrified cars: drivers of Volvo plug-in-hybrid cars can now gain new insights into their electric driving patterns, as Volvo Cars introduces a range of new features on its Volvo on Call smartphone app in all Volvo on Call markets, including South Africa.

With the additional functionalities, Volvo Cars aims to further encourage drivers of Volvo plug-in-hybrids to charge and drive fully electric as much as possible, and more generally boost interest in the benefits of electric cars and sustainable mobility.

The new and improved Volvo on Call app allows drivers to see how much distance they have driven in fully electric mode and their electricity and fuel consumption, among other metrics. Later this year the service will also give drivers the possibility to see the impact of their driving on their CO2 footprint, as well as the estimated fuel costs saved by driving in fully electric mode.

“We want the Volvo On Call app to make life easier for you as a user and create a more personal experience,” said Ödgärd Andersson, chief digital officer. “As the car becomes ever more connected, the potential of the app increases and we intend over time for the app to be as much a part of the Volvo as the car itself.”

For the XC90 T8 Plug-in Hybrids in South Africa, bought during the offer period, the platform will also inform drivers on the status of the electricity refund launched last year*. Recharge is the overarching name for all chargeable Volvos with a fully electric and plug-in hybrid powertrain.

The new Volvo on Call functionalities are available for all Volvo plug-in-hybrid models built on the SPA and CMA platforms sold after 2015, in the 47 countries around the globe where Volvo on Call operates. In China, similar functionalities will be integrated into the popular WeChat platform.

“Just like a step counter helps people exercise more, I believe that by giving people better insight into their driving patterns, it will help them to drive in a more sustainable way,” said Björn Annwall, head of EMEA at Volvo Cars. “We see plug-in hybrids as ‘part time electric cars’ that encourage changes in people’s behaviour and help pave the way for a transition towards fully electric cars.”

Volvo Cars was the first established car maker to commit to all-out electrification and a long-term future beyond the traditional internal combustion engine. It is already now a market leader in plug-in hybrid sales, which comprise almost 25 per cent of the company’s total sales in Europe.

Over the next five years, Volvo Cars will launch a range of fully electric cars, in line with its ambition to make all-electric cars 50 per cent of global sales by 2025, with the rest hybrids. Its first fully electric car, the XC40 Recharge P8, will go into production later this year in Ghent, Belgium.