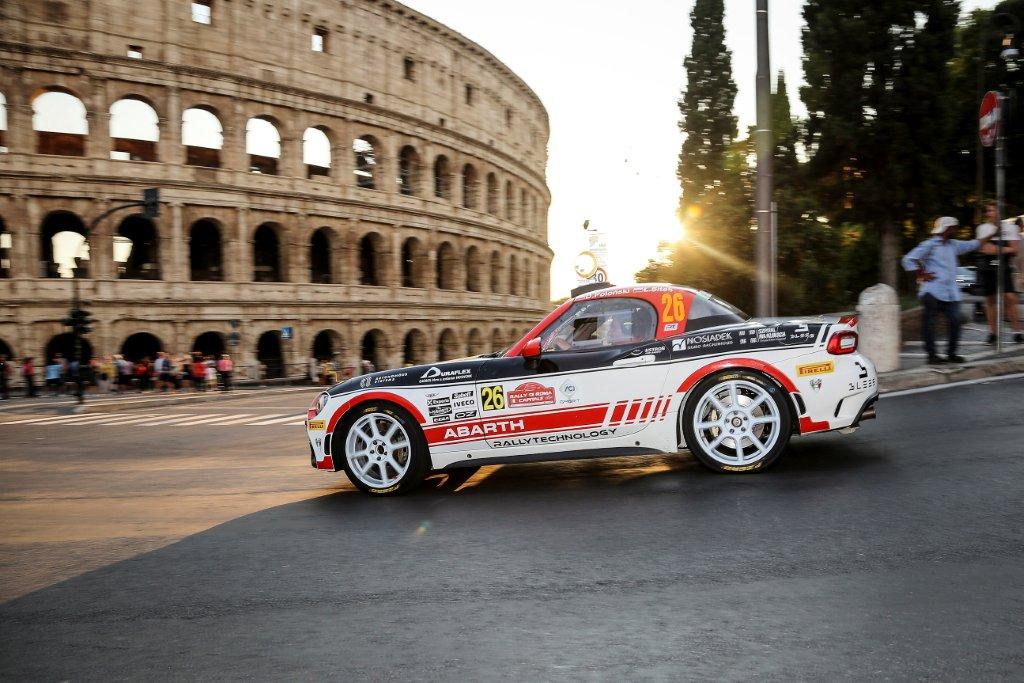 Brian Joss – Three teams will be on the starting line for the 2020 Abarth Rally Cup, a one-make championship reserved for the Abarth 124 rally, consisting of five prestigious races in the ERC European Championship.

The season debut will take place at the Rally di Roma Capitale, scheduled from July 24 to 26, with three crews in an Abarth 124 rally, two Italian teams and one Polish.

The most experienced is the Polish team consisting of Dariusz Poloński and Łukasz Sitek, in a Team Rallytechnology car.  At the Rally di Roma last year, they won their first success of the season with first place in both the ERC2 European Championship and the Abarth Rally Cup, and then finished the 2019 edition of the one-make championship in second place, competing until the last race for the title with Italy’s Andrea Nucita.

Making their debuts in this series will be Italy’s Roberto Gobbin, with the Winners Rally Team, who won the R-GT class in the Coppa Italia Rally last year, and the very young Andrea Mabellini, from Team Napoca Rally, whose first race was the Abarth Trophy on the track. He is now ready for his debut international rally championship after competing in a dozen Italian rallies in an R5-class car. He achieved an excellent second place overall in the Rally di Monza 2017, in the Abarth 124 rally.

The 2020 Abarth Rally Cup includes 5 events: after the Rally di Roma Capitale, the Abarth 124 rally drivers will take on the gravel of the Rally Liepāja in Latvia (August 14-16) and the Azores Rallye, scheduled from September 17 to 19. The last two events are held on tarmac: Rally Hungary (November 6-8) and Rally Islas Canarias (November 26-28). The top 4 results will be taken into consideration for the final standings of the Abarth Rally Cup.

CAPTION: Ready to go: the start of the Arbath Rally Cup. Picture: Quikpic.