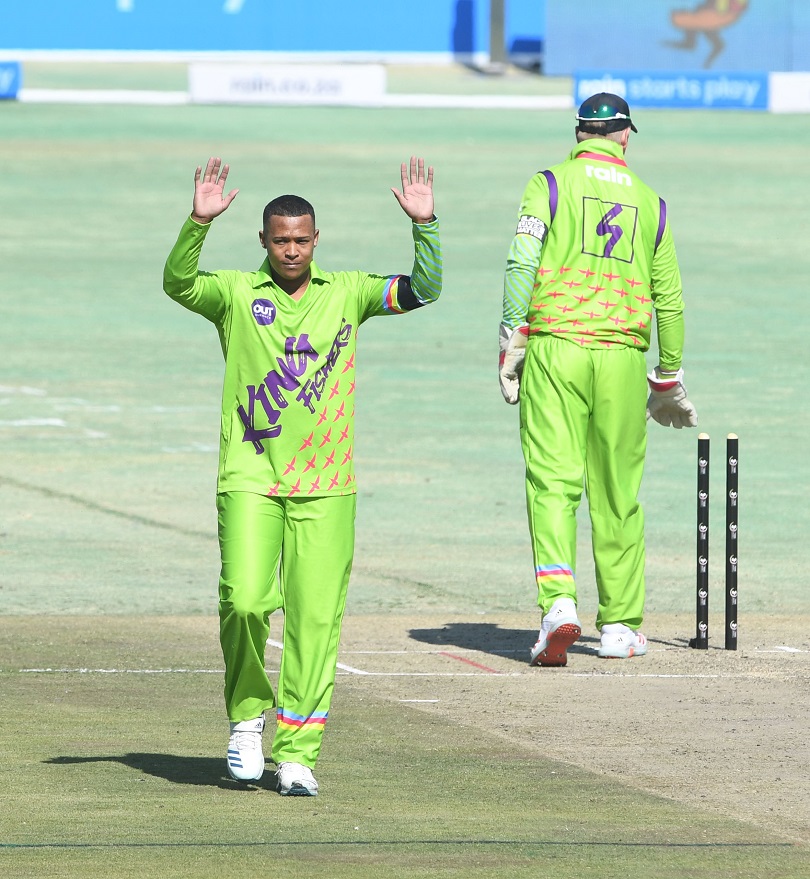 Former SWD bowler, Glenton Stuurman, was only four players in this weekend’s Solidarity Cup not to have had a taste of international cricket.

The 27-year-old Warriors seamer has become better with age, with coach Robin Petersen comparing him to Vernon Philander. Stuurman did not disappoint as he represented the Kingfishers and was given credit for his good bowling performances against the top batsmen in the country.

“In my view, Glenton has the makings of becoming a Test cricketer. You can ask most of my colleagues at other franchises and they’ll tell you he’s a bowler in the mould of Vernon Philander or Australia’s Josh Hazlewood”

While the comparison with the stocky Philander, who took 224 Test wickets in 64 matches before retiring from international cricket last season, is a flattering one, Stuurman is a closer resemblance to the Aussie.

While the 27-year-old from Oudtshoorn – affectionately nicknamed ‘Tokka’ – isn’t as tall, he’s leaner and quicker than Philander.

It’s become his strength because for most of his career he’s had to bowl on wickets that don’t offer a lot of assistance, especially on those dry days in the Karoo.

“He’s learnt to bowl long spells and take wickets on flat surfaces. That’s a very appropriate skill to cultivate for international cricket because those pitches invariably don’t offer much assistance.”

Stuurman made his debut as a 21-year-old for South Western Districts Cricket back in 2013 but took a while to make his mark in the semi-professional arena.  He played in 26 first class matches for SWD with a best bowling analysis of 7/12 (vs Namibia in the 2016/17 season) and in his 20 List A matches for the Oudtshoorn based team he bagged 31 wickets with his 5/33 (against Northerns in Pretoria in 2016/17) his best bowling performance.  He also played eight T20 matches during his five-year stint at SWD.

Thirty-nine first-class wickets in 2016/17 saw him gain a foothold, though it required a move to Port Elizabeth in mid-2018 to really put himself on the map.

Stuurman turns 28 next month, the type of age that leaves some sections of the local cricketing fraternity unsure about this suitability as a long-term option. However, his trajectory undeniably suggests the South Africa ‘A’ seamer is one of those players who improves with age. “His age really shouldn’t be a barrier,” said Peterson. “In fact, (national coach) Mark Boucher told us previously that age wouldn’t be held against any player if he continues to perform well in franchise cricket.