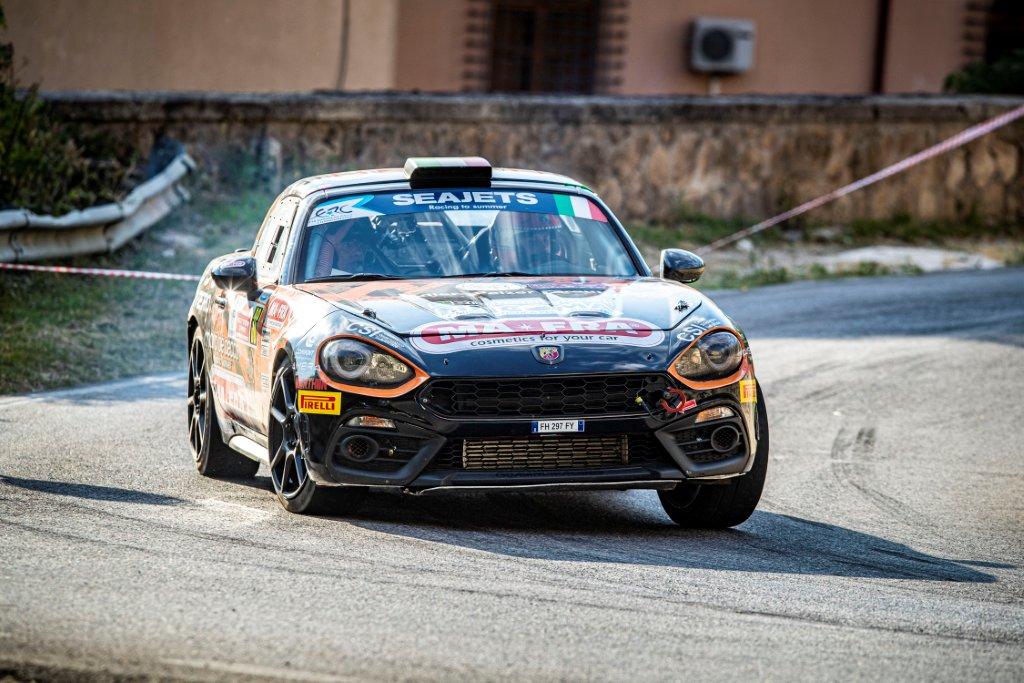 Brian Joss – The winner of the first race of the Abarth Rally Cup is only 20 years old, the single-branded international championship for Abarth 124 rally R-GT, taking place in the FIA European Rally Championship.

The Italian Andrea Mabellini, with Nicola Arena with the Abarth 124 rally of the Napoca Rally Team, has indeed been awarded the first place in the Abarth Rally Cup in the Rally di Roma Capitale, at the end of a race that saw him 1° between the R-GT e al 2° in the ERC2 category.

Mabellini came before Roberto Gobbin, with Alessandro Cervi, in his first international race, with the Winner Rally Team colours.  Not much luck for the Polish Dariusz Polonski and Lukasz Sitek of Rallytechnology Team, forced to step out after being first in the first part of the race.

Mabellini’s success confirms that the Scorpio’s spider is performing in difficult road conditions, managed to magnify all the handling, power and traction, especially ones with great adherence variability, like at the Colli Romani’s special stages.

The Rally di Roma Capitale marked the start of the international rally season and was performed in an unusual atmosphere, without any public at the special stages and limited access in the assistance areas.

Andrea Mabellini (Napoca Rally Team): “I am very happy that I began the championship with a win in such a technical race. I tried to maintain a good rhythm and learn to drive the Abarth 124 rally in very fast races. The result prize us and allows us to look with trust at the next races”.

Roberto Gobbin (Winners Rally Team): “my goal was to finish such a long and difficult race, with a really fast paste, that proved the mechanical as well as the physical side. We did it and we are very proud, as well as managing better the Abarth 124 rally”.

Next race of the Abarth Rally Cup is scheduled for the 13th to 15th of August in Latvia, where the participants will drive on a gravel track.