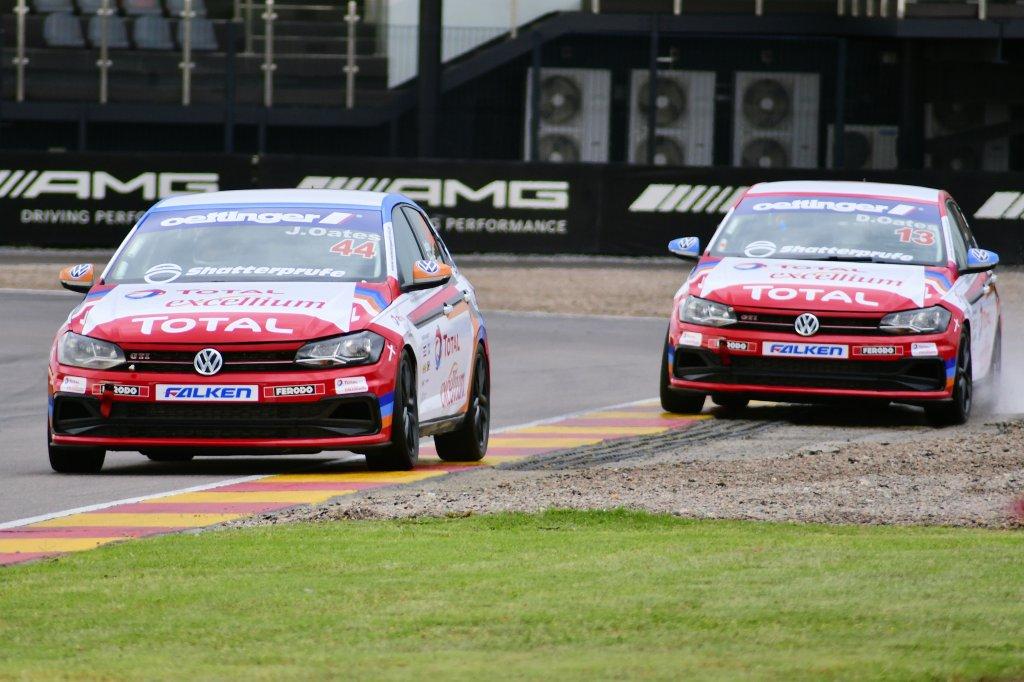 Brian Joss – It’s been five months since South African motorsport fans have been treated to the type of action that only the Oettinger Polo Cup can provide, and now, the field of more than 20 of South Africa’s most talented drivers are preparing themselves to return to the track once again.

The Zwartkops Raceway to the west of Pretoria, who played host to the opening round way back in March will once again provide the scene for the second battle in South Africa’s most hotly contested racing series. The scene will however be different than what it was five months ago as the entire racing fraternity will adhere to a set of strict Covid-19 protocols as prescribed by government in association with Motorsport South Africa.

“We are delighted that motorsport as a whole has finally received the green light from the Department of Sport and Recreation following negotiations between government and Motorsport South Africa,” commented Mike Rowe, head of Volkswagen Motorsport. “I’m sure that everyone involved in the Oettinger Polo Cup cannot wait to resume their battles on 7 and 8 August, albeit under very different circumstances than before.”

A number of regulations have been put in place to minimize the risk and the spread of Covid-19 during the race weekend, such as limiting the amount of attendees and enforcing obvious social distancing. The action will take place in front of empty stands as spectators from the general public will not be allowed entry in accordance with government’s regulations with regards to public gatherings. “As a responsible investor in the communities that we operate in and a role player in the welfare of the country as a whole, we as Volkswagen respect that. We have put all measures in place for the weekend which will now allow us to focus on the racing itself,” Rowe continued.

If the level of competition during Round 1 was anything to go by, the sparks are sure to fly once again when the lights turn green to signal the start of the first race on Saturday morning. Young Capetonian Dario Busi managed to turn his pole position into a maiden race win in race 1 in March. Oates twin Justin was second across the line ahead of Natalian Clinton Bezuidenhout.

Race two saw another tough battle. This time it was the other Oates brother Darren who managed to hang onto a slender lead to take the checkered flag with Busi second across the line followed by the talented Arnold Neveling.

It makes sense to look at all these names as potential race winners come August 8 as they have all proven their pace around the Zwartkops Raceway, but the very nature of the Oetinger Polo Cup means that there are several more drivers who will be fighting for victory. The list of proven race winners and podium contenders to name but a few include Jurie Swart from Cape Town, the Shorter brothers Matt and Chris, Stiaan Kriel, Adrian Wood and Keegan Campos.

And they will not be the only ones wanting to make their mark. The Oettinger Polo Cup has always provided the perfect stepping stone for youngsters to develop their talents, and the 2020 season is no different with a host of new drivers joining the series. Stuart White is an accomplished driver in the world of single-seaters and has now added tin-top racing to his repertoire. Jayden Els, who just turned 16 is a former world go-kart champion and all eyes will be on the talented trio of Kwanda Mokoena, Baksi Komane and Nathi Msimanga who are all developing their respective careers from a very young age. “This is exactly what the Oetinger Polo Cup is all about. The series has produced several champions in the past and the next batch of future champions are already making their mark,” added Rowe.

The weekend will also see the debut of the eagerly-awaited SupaCup class which will serve as the second category of the Global Touring Car series.

The official GTC series is yet to get underway, but Zwartkops will see nine identical SupaCup Polo GTIs battle it out. In the mix will be former Polo Cup champions such as Bradley Liebenberg and Jeffrey Kruger, as well as Volkswagen Motorsport’s Jonathan Mogotsi who is looking forward to the challenge.

“It is no doubt going to be a very exciting weekend of racing. It is fantastic to resume the season in a responsible way under the current circumstances, and I’m sure the various teams and drivers can’t wait to do battle,” Rowe concluded. Fans who want stay informed and follow all the action can do so by keeping an eye on all the social media platforms and Volkswagen Motorsport South Africa’s channels throughout the weekend.

CAPTION: All the action will be at Zwartkops. Picture: Motorpress