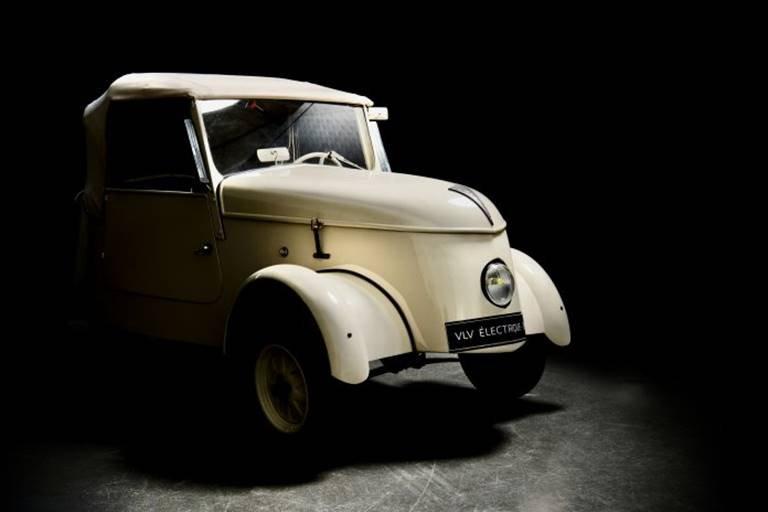 Brian Joss – As French automaker rolls out its new electric SUV, it remembers its first EV.

As part of the rollout of its e-2008 all-electric sport utility vehicle, Peugeot said that it has had nearly 80 years of experience with electric vehicles.

Peugeot’s first EV wasn’t planned but was the result of what the French automaker terms “simply ingenuity.”

In 1941, faced with the German occupation of France and fuel shortages as Europe went to war, Peugeot developed “a unique alternative for the time.

That alternative was the VLV, short for Véhicule Léger de Ville, or “Light City Vehicle.” The VLV was a small cabriolet with two offset seats and an electric drivetrain.

“This economical vehicle, designed for urban use, was intended to meet the transport needs of those whose vehicle had been requisitioned or could not be driven due to a lack of fuel, which was often rationed and very expensive,” Peugeot said in its retrospective news release.

“Designed as a ‘cyclecar,’ with a wide track at the front and a narrow track at the rear, the VLV ran on electricity using batteries stored in the front, and an electric motor without a differential that powered the rear wheels.

Between 1941 and 1943, Peugeot produced 377 of these vehicles at the La Garenne factory near Paris. They were used primarily for postal delivery and by doctors doing house calls.

It wasn’t until 1989 that Peugeot would do another EV, the J5 electric-powered commercial van. In 1993, it began development on the 106 Electric, a passenger car that went into production two years later.

CAPTION:  Ingenuity: a “unique alternative for the time”. Picture: Motorpress