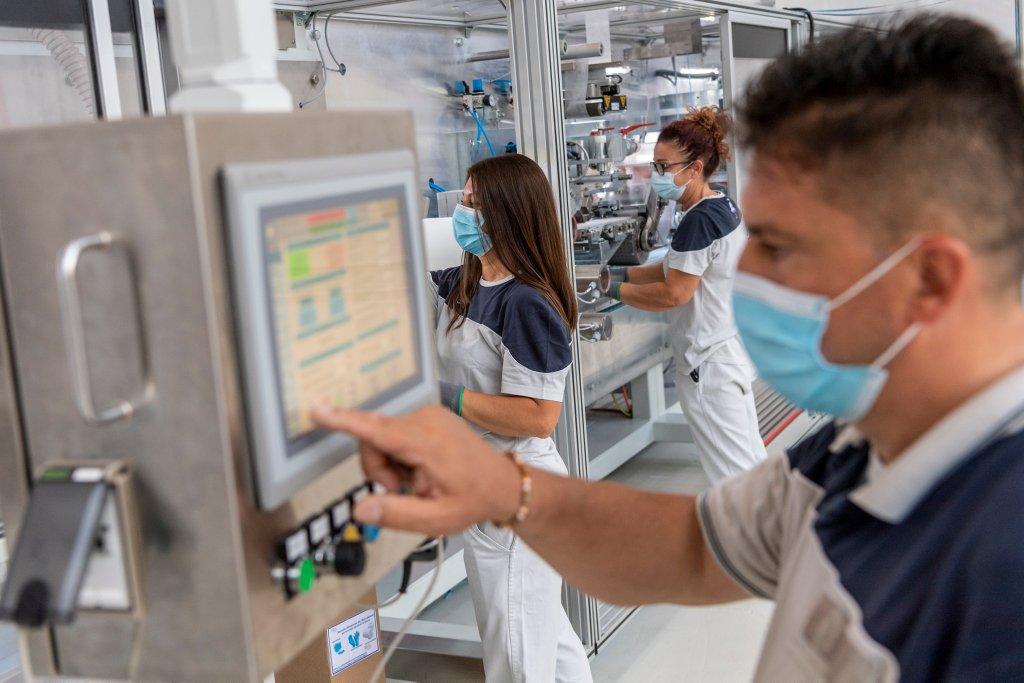 Brian Joss – Work to install and test surgical mask production lines has begun at the FCA plants in Mirafiori (Turin) and Pratola Serra (Avellino), as part of the initiatives to combat coronavirus led by the Italian government via the Special Commissioner for the COVID-19 outbreak, Domenico Arcuri.

The first four industrial machines have arrived at Workshop 63 in the Mirafiori complex. In the coming days, the first production processes will be set up, covering a surface area of approximately 7000 m2. A total of 25 production lines will be created in Turin. A further 19 lines will be set up in Pratola Serra, where rapid progress is already being made to fit out a specific area covering 9000 m2 in the center of the plant in the southern Italian region of Campania.

Once all the production lines are up and running, the daily production target at the two FCA plants will be 27 million masks per day. Production is expected to begin in August or September. Between the two plants, a total of more than 600 workers will be involved in this project once fully operational.

The personal protective equipment produced at the two FCA plants will be distributed across Italy by the Special Commissioner for the COVID-19 outbreak in conjunction with the Department of Civil Protection. A proportion of the equipment produced will also be given to employees at FCA sites in Italy.

“This initiative forms part of a broader action we have launched around the world to support local communities where we work, especially our employees,” noted Pietro Gorlier, COO of FCA’s EMEA Region. “In Italy in particular, we have made available our industrial excellence since the very beginning of the pandemic. All our companies are strongly committed to this, with many tangible initiatives in a variety of fields to support Italian and international health organizations. We are proud to participate in this project, together with other major domestic and international companies.”

In its 81 years, the Turin complex (Mirafiori and Grugliasco) has made history in the Italian and global automotive industry. Opened in 1939, the Turin plant marked the beginning of modern production for Fiat and remains one of Europe’s longest running car factories. Nowadays, it employs around 20,000 people in production and the related fields of engineering and design, sales, financial services and spare parts, making it the largest FCA operation in the world. The cars running off its lines include the Maserati Levante, Ghibli and Quattroporte, as well as the new electric-powered Fiat 500, due to be released in the fall.

Since it opened in 1994, the Pratola Serra plant has become a global center of excellence for FCA in the production of diesel engines. It covers a surface area of approximately 300,000 m2 and employs around 1,800 people, producing about 250,000 engines per year.

Testing: a Fiat engineer checks the figures on the production line. Picture: Quickpic