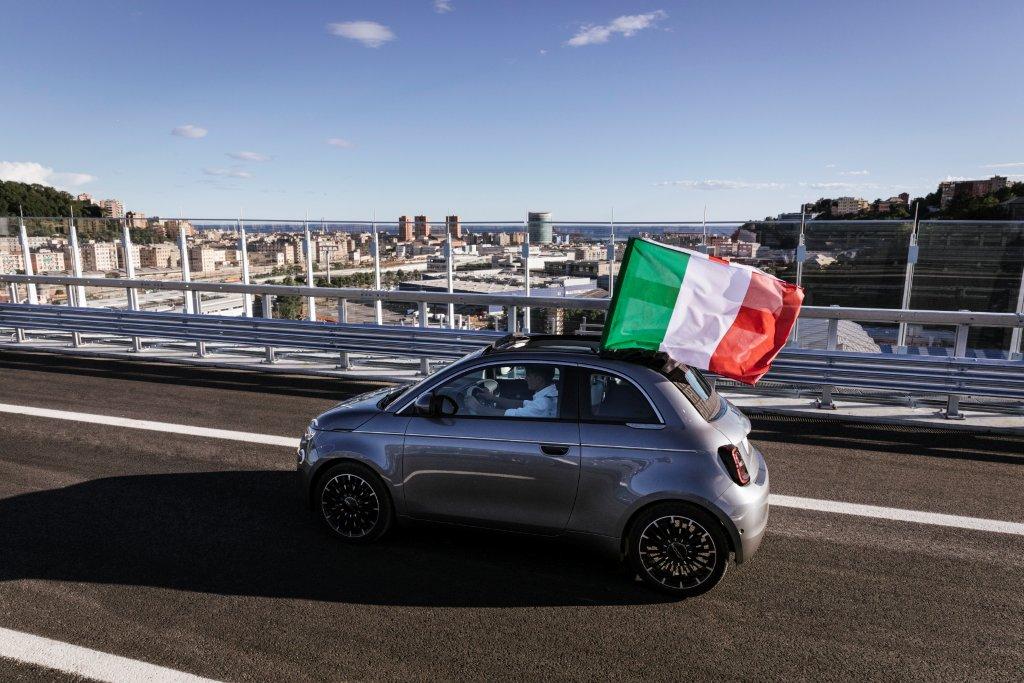 Brian Joss – It could be none other than the New Fiat 500, symbol of “Made in Italy” and the economic recovery, at the opening to traffic of the new Genoa San Giorgio bridge, the work of star architect Renzo Piano.

The New 500 – the FCA Group’s full electric car – has crossed the 1,067 metres of the newly inaugurated Genoa bridge, before it was opened to usual traffic.

The image of the New 500 “la Prima” convertible flying the flags of Italy and the Municipality of Genoa is the symbol of an Italy that knows how to react and rise again and serves as a testament to how we can face the path of resurgence together, by combining forces and skills.

Just like those yellowed photos of the Fiat 500 traveling the 760 kilometres of the newly constructed A1 Autostrada del Sole (‘Highway of the Sun’) from north to south and back again, then as now, the Fiat 500 is synonymous with innovation and renewal: a car capable of driving the restart by inspiring positivity and taking that typically Italian design and elegance beyond the country’s borders.

While Fiat’s latest creation represents the future of individual, sustainable and technological mobility, the bridge over the river Polcevera – constructed in record time – likewise represents for the capital of the northern Italian region of Liguria a remarkable work of engineering, destined to become the new symbol of the Genoa of the future.