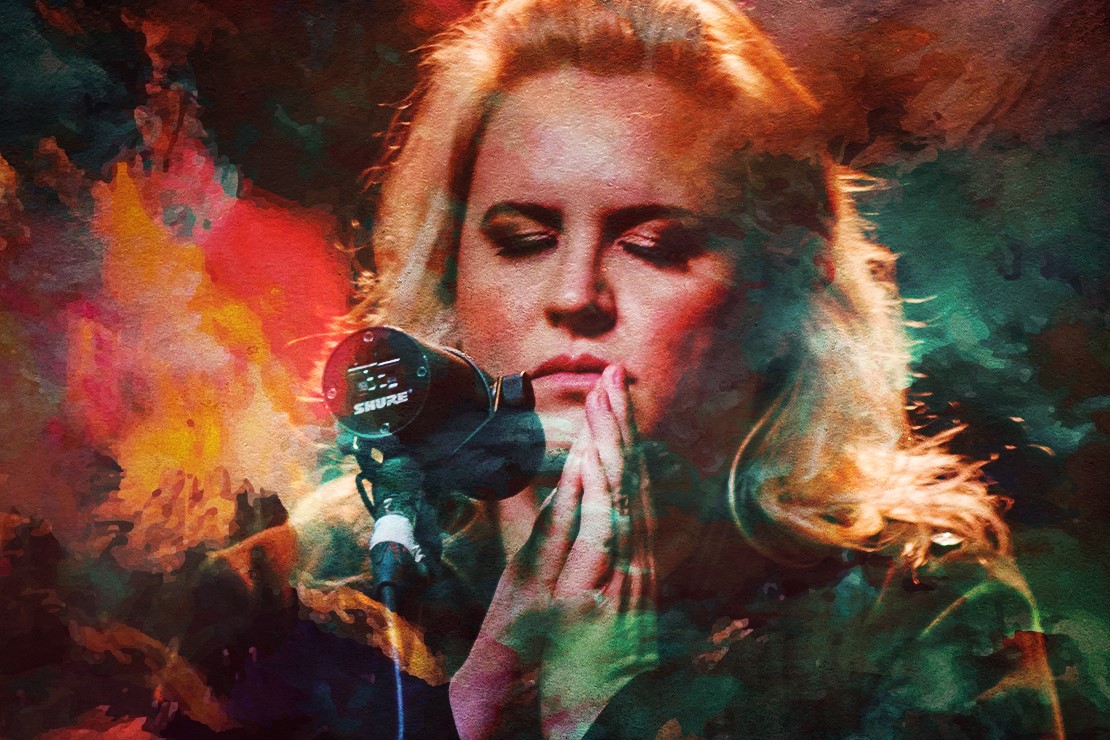 Karen Zoid is known as one of South Africa’s most popular and influential artists. Queen of rock, presenter and producer of the popular kykNET programme, Republiek van Zoid Afrika, and also well-known for her seat as a judge and mentor in the first two seasons of The Voice on M-Net – Zoid is loved and admired by many fans across the nation. 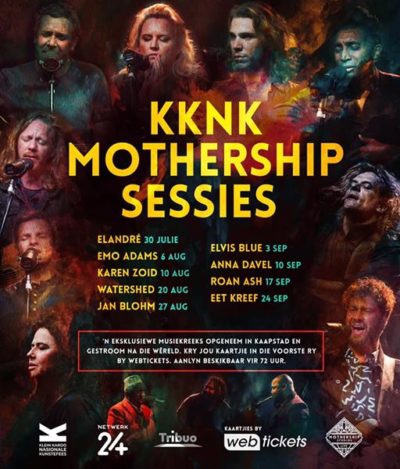 This year, Zoid celebrates her birthday on August 10th with a special KKNK Mothership Sessions rock show. Zoid says: “The recording of my show for this series had a jam room feel. A lot of chirps and banter between us. My friend and producer Theo Crous stood in for my guitarist Henry Steele, who was in quarantine at the time, and although Theo has played with us in some arena shows before, this is the first time that we have jammed as a four-piece. An electric vibe! You can take the boy out of the Springbok Nude Girls but you can’t take the Springbok Nude Girls out of the boy. Plain and simple. It was an absolute jol!”

Despite the Covid-19 restrictions, Mothership Studios recorded nine world class shows for this unique livestream music series. Zoid says: “The production of this series was an extraordinary experience given the circumstances. It renewed my faith in our mission as a studio and I realised yet again how lucky I am to be surrounded by a team of incredibly talented musicians and crew. I feel fortunate to be able to still make music with my band and muso friends in a time that we will remember for social distancing and isolation. Zoid says that they are proud to present this unique music series with the KKNK: “Music lovers are in much need of well-produced shows and the KKNK made it possible to bring top quality shows to people in their homes.”

Mothership Studios director Carien Loubser, who is also the executive producer of the KKNK Mothership Sessions, says that this challenging time has taught her and her team to be more creative and innovative. Loubser says: “There is something extraordinary that happens when artists have not performed together for a while. The same goes for our crew. The recording process was a special experience. The series shows a much more stripped down and up-close side of the artists.”

Mothership Studios recently accommodated recordings of the Cape Town Opera and Cape Town City Ballet Company; hosted a second Johnny Clegg Tribute; and are proud to be part of the KKNK Mothership Sessions.

Over the past four months Mothership Studios have been supporting a local soup kitchen in Philadelphia, that feeds over 200 people a week. This was made possible by Karen Zoid and her Art in the time of Corona Auctions. Mothership now supply three hot meals a week and will do so until December 2020.

The launch of Mothershebeen was unfortunately postponed due to the alcohol restrictions, but watch this space …

Do not miss this exceptional concert offering. Get your tickets at WEBTICKETS. The show will be available to stream from Monday August 10th 20:00 until Sunday August 16th at midnight.

HOW TO WATCH THE PERFORMANCE: (Two easy steps!)

You can also donate to the TRIBUO Fund while purchasing tickets. This relief fund was set up to support those involved in the performing arts during the Covid-19 pandemic. More information is available at https://www.kknk.co.za/