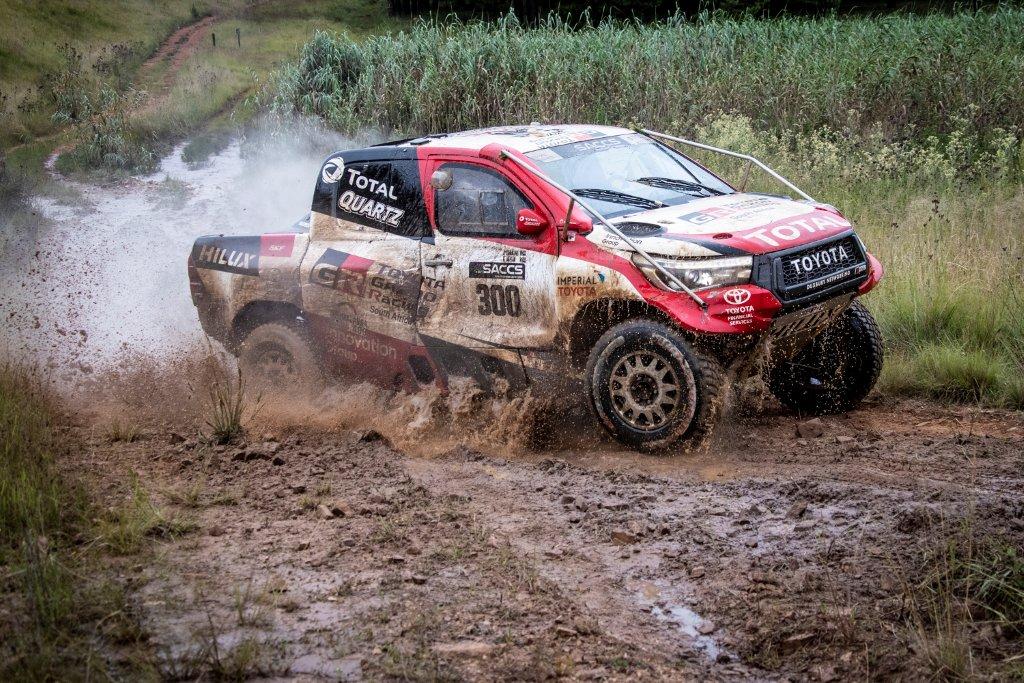 Brian Joss – It has been almost seven months since Round 1 of the 2020 South African Cross-Country Series (SACCS) saw defending champions, Henk Lategan and navigator Brett Cummings, draw first blood for TOYOTA GAZOO Racing SA when they won the Mpumalanga 400, in Dullstroom on Saturday, January 29. A lot has changed since then, due to the ongoing pandemic, but the team is primed to return to the dusty tracks of the SACCS this weekend, when racing resumes with the Bronkhorstspruit 400.

“The gap between Rounds 1 and 2 has been extremely long – longer than a traditional off-season,” explains Toyota Gazoo Racing SA Team Principal, Glyn Hall. “We’ve tried our best to continue development and testing during this period, but it has been challenging for everyone involved.”

With no work taking place on the cars until the national lockdown was eased to Level 3, the team has been forced to compress its testing and development programme, though a recent test session in the Northern Cape saw the drivers blow away the cobwebs, and work on the suspension setup of the race-proven and highly reliable Class FIA Toyota Hilux.

“During the test, we also gave the technical crew the opportunity to get back into the swing of things – servicing the cars, locating items in the trucks and so on. This is like starting a whole new season from scratch,” continues Hall. “At the same time, we made some changes to the characteristics of our V8 engine, and are keen to see how the drivers find these changes in race conditions. We also worked on a new suspension setup for the Hilux, and while it proved promising during the test, we now need to validate all our progress in an actual race. If this proves that we’re on the right track, we’ll further refine the new setup.”

While the bulk of the team remains unchanged for the upcoming race, Spaniard Alex Haro is unable to travel to South Africa at present. As such, the experienced navigator Juan Möhr will be doing duty beside Giniel De Villiers in Bronkhorstspruit. Möhr has spent many years navigating for a variety of drivers both locally and internationally, including a season with Toyota Gazoo Racing SA, when he navigated for Shameer Variawa.

This means the defending champions, Lategan and Cummings, remain together; as does Variawa and Dennis Murphy, who has only completed one race together due to the pandemic curtailing the season.

The Bronkhorstspruit 400 will be run in accordance with the COVID-19 regulations put in place by Motorsport South Africa. As a result, the Designated Service Park (DSP) will be closed to all visitors, with a limited number of crew allowed to attend.

Racing will get under way at 1pm on Friday, 14 August, with a 45 km-long qualifying loop. This will be followed by the main race on Saturday, 15 August, which comprises two loops of 170 km each, with a compulsory 30 minute de-control at the DSP splitting the loops. Fans can follow the action live on the RallySafe app, which is available free of charge for both iOS and Android devices.

CAPTION: Back in action: the Gazoo team in Dullstroom. Picture: Motorpress