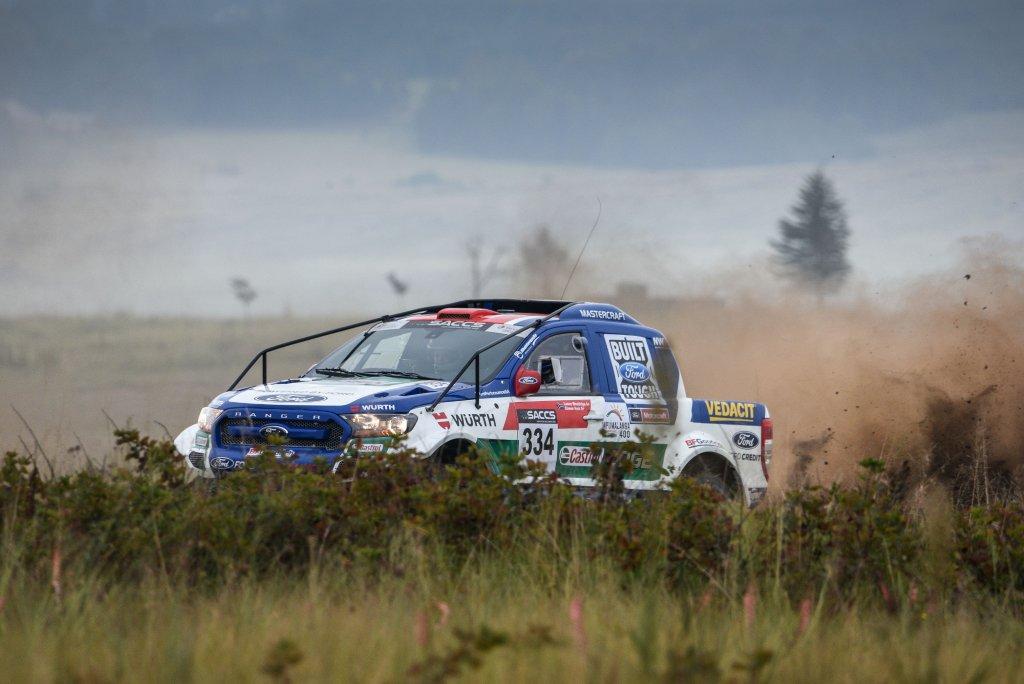 Brian Joss – Following an almost six-month lay-off due to the COVID-19 lockdown, the South African Cross Country Series (SACCS) is finally set to resume with the Bronkhorstspruit 400 taking place on 14-15 August 2020.

This event will be the second round of the shortened championship, which is now scheduled to comprise five races, including a double-header at the Parys 400 at the end of October.

In the face of the global coronavirus pandemic, the return to racing is being strictly controlled in line with government regulations, with only a limited number of crew members and media permitted to attend. Unfortunately, no spectators are allowed, and there won’t be any prize-giving ceremony.

Nevertheless, the Ford Castrol Cross Country team is desperate to get back to action, with Lance Woolridge and Elvéne Vonk keen to fight for another podium finish following their impressive first outing together at the Mpumalanga 400 in February. Their third-place result was a fantastic achievement for the team’s debut in the premier FIA class, especially considering they are competing in an upgraded version of the Class T Ford Ranger V8 against the newer and faster full FIA-spec entries.

They will be joined by Gareth Woolridge and Boyd Dreyer in the second V8-powered Ford Castrol Ranger which is built and prepared by Neil Woolridge Motorsport (NWM). The talented duo has proven to be strong contenders in recent years, but only competed in two events during the 2019 season while standing in for the Brazilian team of Marcos Baumgart and Kleber Cincea. The visitors have been forced to withdraw from the remainder of the 2020 championship due to the current travel restrictions.

The younger of the Woolridge brothers and co-driver Dreyer are relishing the opportunity to compete at the top level of the sport, having concluded the 2018 season in an extremely competitive third place overall in Class T.

“The past five and a half months have been very frustrating and challenging for the entire team, but we’re really looking forward to getting back to what we do best, and that’s racing,” says NWM team principal, Neil Woolridge.

“We have proven that our current V8 Ranger is still very competitive, and Lance and Elvéne are determined to shake things up in the FIA category. It’s also been a long wait for Gareth and Boyd, and it will be great to see them back in action as we go out to challenge for maximum points,” Woolridge adds.

With the championship reduced from the original seven rounds to just five races due to COVID-19, every point counts, so a solid finishing record will play a key role in determining the final championship standings. The NWM Ranger V8 has proven exceptionally reliable over the past three seasons, which the team aims to use to its advantage.

The racing kicks off at 13:00 on Friday 14 August with a 45km qualifying loop, which determines the starting order for the main race on Saturday. The crews will complete two loops of 170km each, with the first loop starting at 08:30 on Saturday followed by a mandatory 30-minute service, with the second loop departing at 12:00.

Although spectators aren’t permitted to attend the race or visit the service park, fans can follow all of the action and track the position of the crews throughout the each of the 2020 races using the RallySafe app, which can be downloaded free of charge for iOS and Android devices.

“Although we had planned to debut our all-new Ranger in the first half of the season, the lockdown meant that many of our suppliers weren’t able to ship parts, and the manufacturing of the first chassis came to an abrupt halt,” Neil Woolridge explains.

The team has been working around the clock over the past couple of months to complete the prototype vehicle and are delighted to have now conducted the first test, with very promising results.

“The twin-turbocharged 3.5 V6 EcoBoost engine is amazing, and the whole package, which we completely redesigned, performs exceptionally well,” Woolridge says. “We are grateful to have had fantastic support from our suppliers, and particularly from the Ford Performance team in Detroit which has assisted greatly in integrating this remarkable engine into our new Ranger.

“We’re now focusing our efforts on further testing to ensure that when our new FIA Ranger does compete for the first time, all of the development work has been done and it delivers the performance we expect. This will provide the blueprint for the vehicles that follow, so our objective is to be extremely competitive, right out the box – both in the local championship and internationally.

We will decide on the launch event for the new Ranger once the development programme has been completed.”