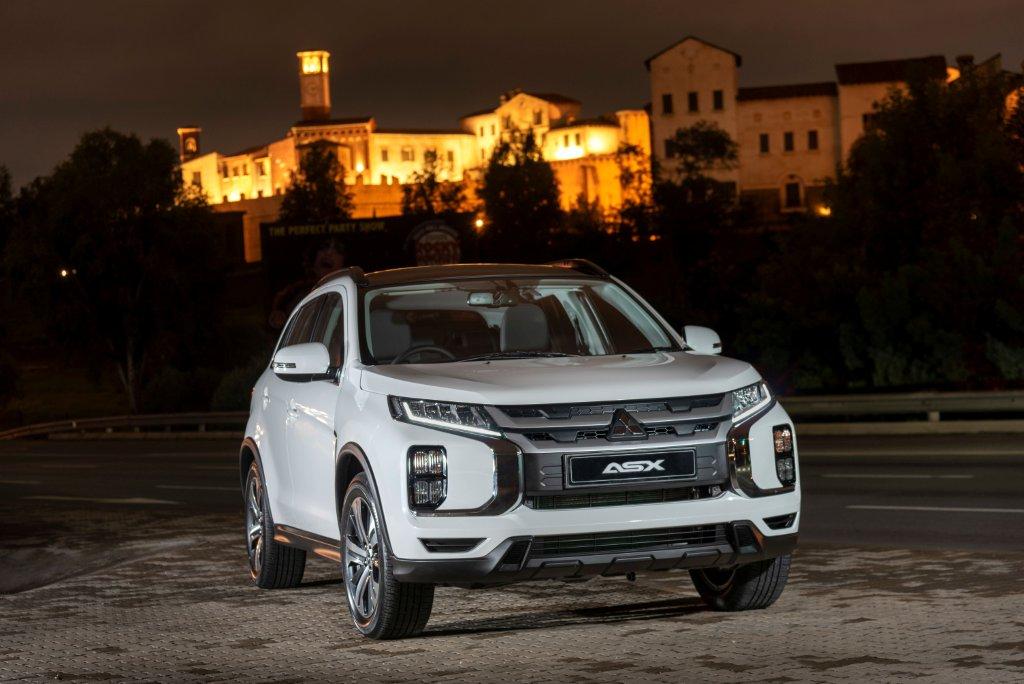 If it ain’t broke don’t fix it,  is a good slogan to live by. Well, Mitsubishi’s ASX has been around for many years, mostly with the same 2 litre engine.

Now in an attempt to get away from the long-in-the-tooth look, the motor maker has made a few cosmetic changes to give it a younger and more modern appearance.  It has also upped some of the performance specs.

The SUV has been prowling the urban jungle for the last nine years and has gained a solid, if staid reputation, as a reliable and dependable vehicle.

And that hasn’t changed.

Some of the more obvious styling changes are the newly designed front exterior which has a new bonnet, LED headlights and LED daytime running lights (DRL) as well as LED fog lamps with integrated turning signals, a redesigned radiator grille and a -new front bumper face. There’s a new lighting package at the rear as well- LED brake lights, LED taillights, LED reverse lights and integrated turning signals in the one-piece cluster.

A variety of features, including new 18″ alloy wheels and all the exterior lights have been redesigned. In addition, there is a new range of colours:

The updated interior includes a variety of new features in the centre of the front console housing the cabin controls, including Mitsubishi’s improved new Smartphone-link Display Audio (SDA) with a new 8″ WVGA display and touch controls as well as a USB power supply for your mobile phone. The SDA also includes Android Auto and Apple CarPlay. The black leather upholstery with a new grain looks classy as well, if a bit bland. Other features are electric power steering with a tilt and telescopic adjustable steering column, the multi-function leather steering wheel connected to the new SDA as well as cruise control, fully automatic air-conditioning and electric windows front and rear. It also incorporates Mitsubishi’s “Dynamic Shield” design language which has been used to good effect on the Pajero Sport and the Triton bakkie.

The ASX uses the latest version of Mitsubishi’s 2.0L MIVEC aluminium engine, which offers 110kW at 6000rpm and 197Nm at 4 200rpm. It also gets the proven INVECS-III 6-step CVT and Mitsubishi has added a new “Ds” position for the Sport Mode gear shift control, which maintains sport mode even after a stop.

There is no doubt that the CVT has improved beyond recognition. A few years ago I had Mitsubishi’s Lancer to play with for a few days and the CVT made an irritating noise, the same that you hear when you peg a playing card on to a bicycle wheel. At one stage I got out to see if a piece or stiff cardboard had got caught underneath the engine. But it was just the CVT, probably then in its infancy.

From the minute you step into the ASX 2 litre automatic 6-speed (CVT) you feel right at home: no fiddling about to get a driving position to suit you.

You can use it for the daily commute or head out on the open road where it will be equally at home. It’s easy to zip in and out of the CBD traffic and squeezing into small parking spaces is not a major chore.

We headed out to Stellenbosch once or twice and to Riebeek’s Kasteel, a pleasant place to spend a few hours, and the route there is a fair test of the SUV’s capabilities, with stop-starts, winding roads, up hills and down dales and plenty of traffic, to the small Boland town and to Stellenbosch.

The engine is responsive and the steering has a positive feel and the nose goes where you want it to go. It’s a softish ride and can absorb most road imperfections with ease.  As I noted earlier the CVT has improved considerably over the years and is fast becoming a fixture in many Japanese cars, and as in the ASX, there’s a hum when you suddenly put pedal to the metal. But it’s not a big issue. There’s also very little wind intrusion in the cabin.

Despite the old powertrain, the ASX was well matched to the CVT. It does well in the urban environment and on the long and winding road and it’s no slouch at getting up to speed and keeping it there. The average buyer will find that it is more than suitable for the daily commute. Fuel consumption is not as good as Mitsubishi claims: 7.9 l/100km  but my figures were closer to 10 l/100km in a combined cycle of highway driving and the open road.

The ASX has a large boot: it can swallow 406 litres and with the split 1 206 litres. So more than enough for your monthly shop and holiday luggage. Up there with Suzuki’s Vitara, 306 litres, (tested).

Safety features include Hill Start Assist (HSA) and ASTC – an important one in the rain and a 7-airbag system, a collapsible steering column and whiplash Injury reduction seats.

Did I mention it has keyless entry?  And you can open and lock the ASX from 70m away.

Mitsubishi has a long and impressive motoring heritage, just think Dakar, and the carmaker can be justifiably proud of the ASX. It’s a venerable vehicle that’s been around for about nine years. It’s time for an all-new ASX.

The Mitsubishi ASX 2 litre 6-speed automatic is a practical vehicle.  It has a soft ride and is at home on different surfaces, and handles well on gravel.  If you’re in the market for a new set of wheels you should put the ASX near the top of your list. Despite some of the shortcomings like the somewhat dated engine, although the new look is a redeeming feature,  it’s an excellent proposition. You’ll look good and feel good in this compact urban crossover which carries a price tag of R396 995.

The ASX is covered by Mitsubishi Motors’ Manufacturer’s Warranty of 3 years or 100 000km, a 5-year / 90 000 km Service Plan and a 5-year / unlimited mileage Roadside Assistance. Service intervals are scheduled at every 15 000 km or once a year.

CAPTION: Venerable: the new grille is one of the changes to Mitsubishi’s 2020 ASX. Picture: Quickpic