Brian Joss – While the Ctrack Freight & Transport Index indicated the biggest ever monthly improvement in June compared to May, the July 2020 change from June 2020 shows a decline of -1.7%.

Generally speaking, a small decline is not a concern for the transport industry but some sub-sectors within it are seeing massive drops in activity.

“The data from the Ctrack Freight & Transport Index clearly shows that we are far from being out of the woods,” comments Hein Jordt, Managing Director of Ctrack SA.

“That being said, we are seeing a definite uptick in business activities. At Ctrack we are encouraged and more determined than ever to innovate and maximise efficiencies in our customer’s businesses so they can thrive once more,” he adds. 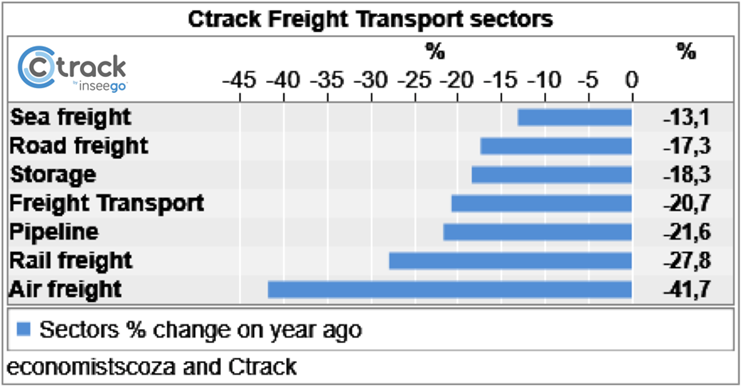 Road and rail freight volumes are still increasing on a monthly basis. Yet pipeline volumes declined -33,6% – primarily due to reduced traffic in SA’s major cities.

Another concerning trend is the decline in international trade, with both air and sea freight volumes falling again after a brief recovery.

Storage and handling volume declines were somewhat expected. Two consecutive months of strong increases was likely due to weak product sales across the board.

So, while the land transport sector is picking up – albeit slower than desired – the other transport modes have slipped up.

Current warehousing and storage volumes are similar to where they were two months ago, while rail and pipeline volumes show deeper declines.

The change in work habits of ordinary people will keep the pipeline industry in a prolonged period of decline.

The rail freight industry may also report declines in general cargo volumes as it struggles to compete with road freight for convenience.

The bulk export of commodities such as iron ore and coal are keeping the sector afloat. 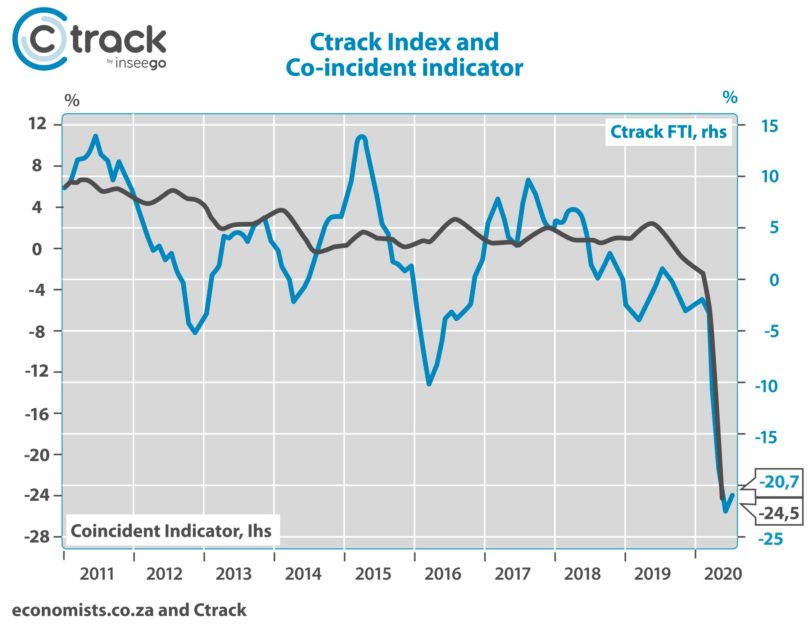 When ocean traffic splutters, rail freight catches a cold. And on top of this, road operators begin to sell their services below real costs just to survive.

Air freight volumes are still largely in a lockdown state, with international passenger traffic to remain closed for a month or three longer.

Even if opened now, passenger volumes will probably be slow to recover. Without passengers on some planes, air freight is not economically viable.

Some unscheduled air freight has returned however. One hopes the -41,7% decline versus a year ago will continue to reduce.

Some airlines can only fly into South Africa from March next year, so this transport sub-sector is still a long way from being fixed.

The broad picture tells the story of a world locked down and slowly opening back up from the weakest possible base.

It will take years to get back to “normal”.

While we believe the massive transport declines are behind us, supply chain constraints could linger longer than we initially thought.