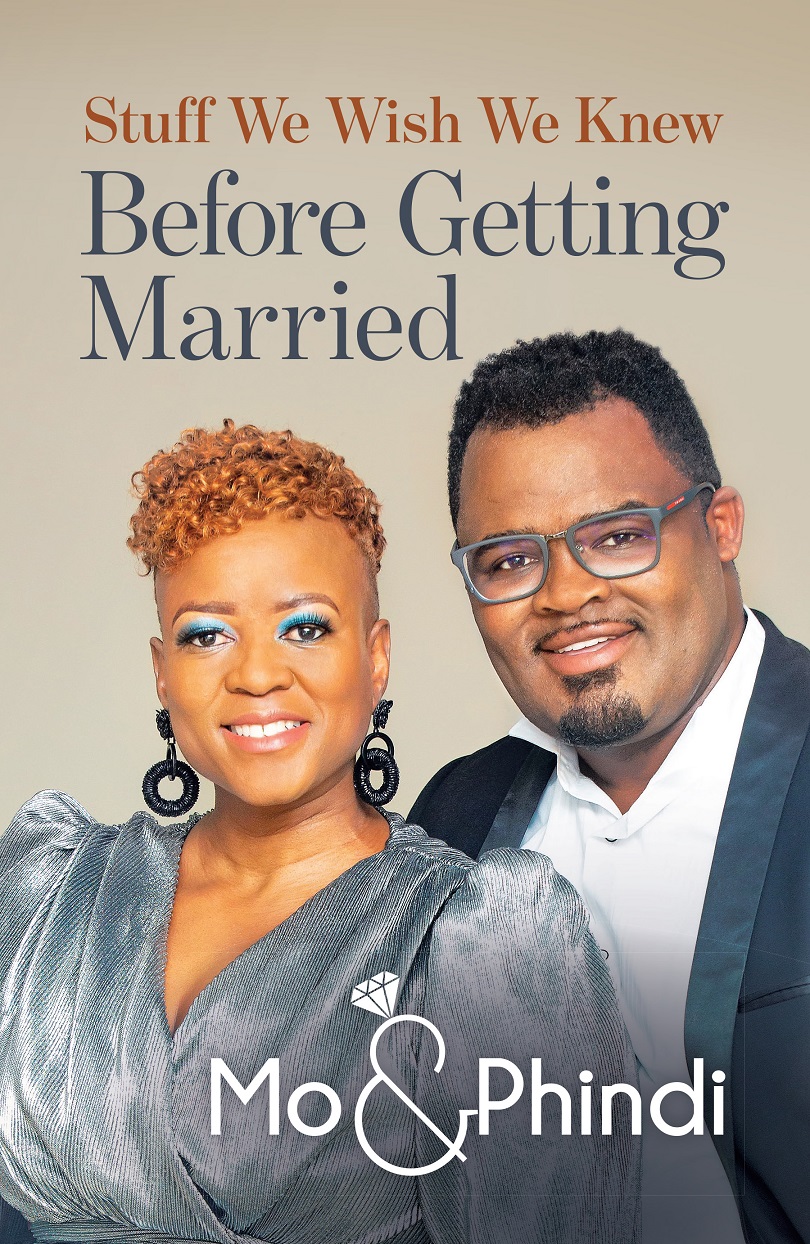 Mo and Phindi (Grootboom) must be such well-known celebrities that their surname doesn’t appear on the front cover. I’d never heard of them until this review copy landed on my desk. They have been dubbed South Africa’s Realist Couple by Drum magazine.  They are professional relationship coaches and producers of For Better or Worse on the Mzansi channel on satellite TV;  write a regular column for Move!  which recently closed its print edition and moved to the digital world. The other book they have written is Love Isn’t For Cowards.

Upfront, I have never had much faith in advice books, especially when the authors keep bringing God in to the equation. It’s not that I’m not a believer but too much can start to merge in to mawkishness.

In the foreword to the book the authors dedicate it to their children, their families, to the church, the Bride of Christ, and to those singles who are contemplating marriage.

The couple have been married for 15 years which I suppose qualifies them to give advice. However, I have known many people who tied the knot 60 years ago and their rock solid marriages have been based on  common sense and compromise.

Mo and Phindi tell their story, warts and all, on the rocky road they travelled from the day they got married to the successful couple they are now.

In the book they share the 13 things they wished they had known before they got married. Along the way they explain the spiritual purpose of marriage to handling conflict, finance and in-laws (without coming to blows).

They point out that the world doesn’t know what do with the concept of marriage. And if you leave God out of the equation you are left with a prickly pear of a relationship that is meant to be a divine institution. Mo and Phindi cite celebrities Oprah Winfrey and Goldie Hawn, rather disparagingly, in my view. Winfrey has been with Stedman Graham since 1992 and they have no children. Hawn has been with Kurt Russell since 1983 and have one child as well as others from previous relationships.  Winfrey said that her and Stedman’s interpretation of what it means to be a husband and what it means for her to be a wife were completely different.

This is the reality for hundreds of people across the world. But, write Mo and Phindi, after studying the Bible, they came to the conclusion that marriage cannot be a social construct.

Among the 13 rules the Grootbooms live by include #Rule1:  Your first loyalty is to your spouse; #Rule 3: Take no offence, and #Rule 7: Be yourself.

If you want to know what the  10 other rules are you will have to read the book.

While Stuff We Wish We Knew Before Getting Married does have some interesting ideas about marriage and good advice the chapters sound much like sermons the priest would deliver in church on a Sunday morning. The difference though is that it won’t put you to sleep but it will help you see marriages and its challenges in a new light.