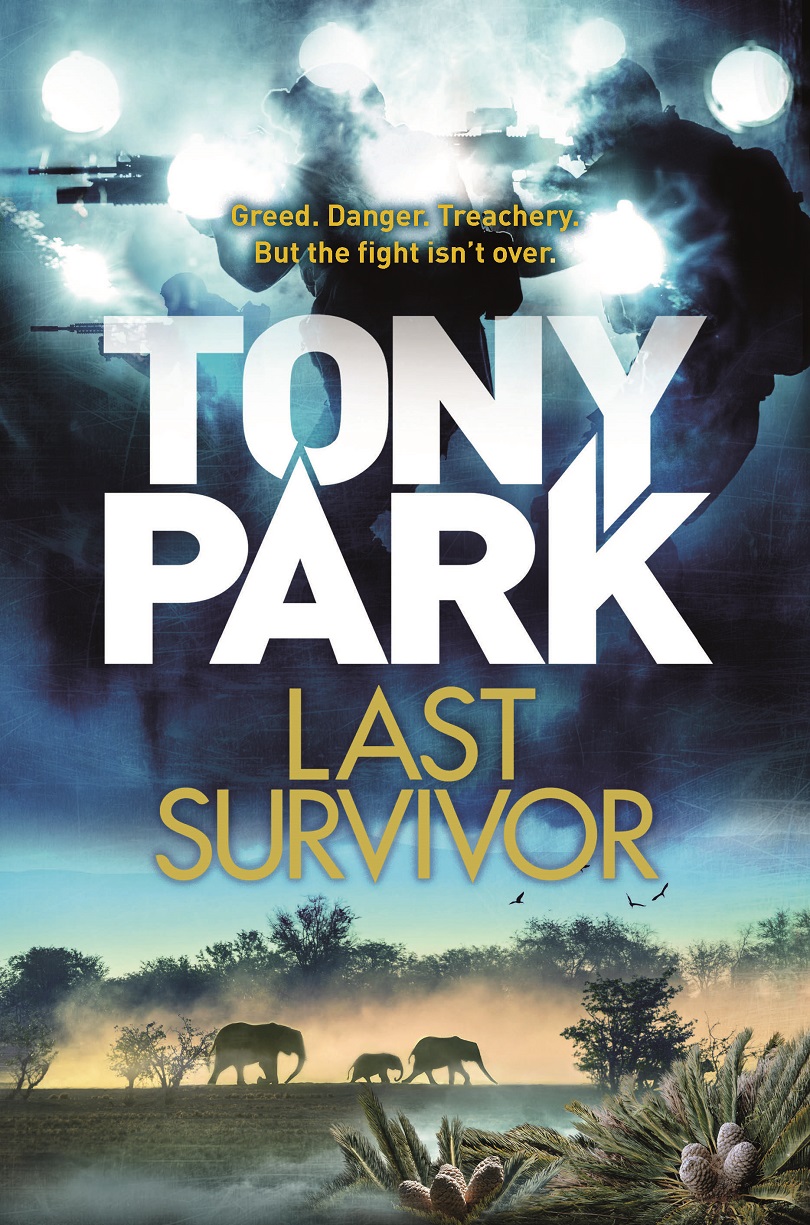 Tony Park who was once dubbed Australia’s Wilbur Smith has overtaken him in the African adventure stakes and long since left him in the dust.

In his 18th book which features a host of familiar characters including Sonja Kurtz, part time investigator for an American agency; hunk Hudson Brand, the safari guide; a cameo appearance by Julianne Clyde-Smith who tried to recruit Sonja to her anti-poaching ring, and a new protagonists Joanne Flack, who specialises in cycads and Rod Cavanagh, an unassuming agent but until an unfortunate incident was a key player in a anti-poaching plant ring.

It’s an unusual combination: rare cycads, especially the rarest of them of them all, the female Encephalartos woodii (woodeye), worth millions of dollars, the sale of which will be used to finance terrorist organisations. Enter the Pretoria Cycad and Firearms Appreciation Society (PCFAS), whose members are acerbic and a bit eccentric. One of them, Flack, the treasurer, is suspected of stealing the woodeye, which she left there for safekeeping, and cleaning out the club’s bank account. Now she’s on the run in London where she is attacked by a terrorist, Which doesn’t end well for the terrorist and the story makes headline news across world and she hightails it back to South Africa, penniless and still being hunted. Another memorable character is Zimbabwean Thandie Ngwenya, a member of the PCFAS, trained freedom fighter, now an Uber driver who carries a Makarov in her bag for protection. And she’s not afraid to use it against the meter taxi drivers who threaten her.

Meanwhile Sonja is in Mali , disguised as Malian woman who is on a mission for the CIA to rescue an American senator’s daughter. It won’t be a spoiler to say the mission was a success. But in the room where the senator’s daughter was held, Sonja sees a pile of bloodied elephant tusks and rhino horns as well as the rare plant, but she doesn’t know what it is. Back in the US she and Jed Banks review the video she filmed and Jed calls in Cavanagh, the Wildlife and Fisheries investigator to help.

The CIA sends Sonja on a new mission and with Rod (and Jed), she is tasked with finding Joanne and tracking down the terrorist group hiding out in Africa, and befriending Joanne to find out what she knows and if she did indeed steal the woodeye. It appears that one of the members of the PCFAS is a spy in the ointment. The Kuwaiti Prince, Faisal, who has a private game reserve near Hoedspruit also comes under suspicion, considering that Joanne worked for him as a horticultural consultant.

In typical Park’s style the action rattles along at machine gun pace from page 1. There are terrorist encounters and thanks to Sonja’s quick thinking she and Rod escape certain death, although Jed is wounded and out of action. Sonja meanwhile worms her way in to the (PCFAS) to use them as a cover for the investigation.

There are several plot lines that fit together as neatly as a jigsaw puzzle until the final denouement when Sonja and her ragtag gang face off in a shootout with terrorists and criminals in a more than satisfying explosive climax. It’s a great storyline that focuses on a little known but major issue, plant-smuggling which has been overshadowed by the focus on the slaughtering of the elephant and the rhino for their ivory and horn respectively.

Park has a passion for Africa and it shines through on every page. When it comes to tales of Africa Park is without a doubt the master.