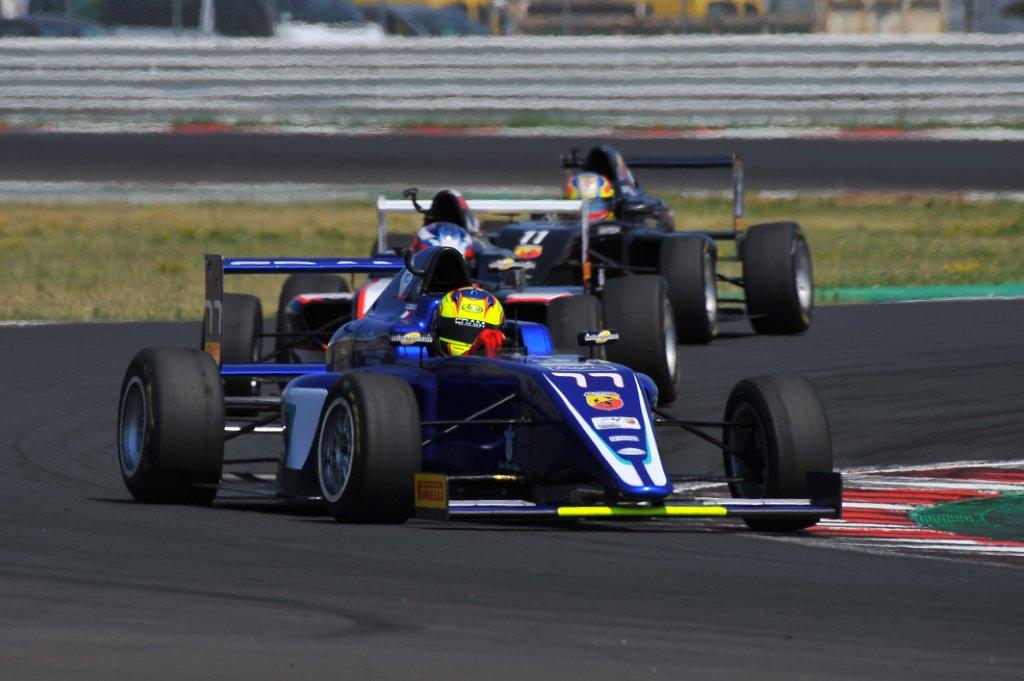 Brian Joss – Spectacle and adrenaline in the second weekend of the Italian F4 Championship powered by Abarth on the Enzo and Dino Ferrari circuit in Imola: 3 races and 3 different winners, featuring the single-seater Tatuus with a 160 hp Abarth T-Jet engine, driven by young competitors.

In Race1 the Romanian Ugran took the lead during lap 5, overtaking the Swede Dino Beganovic and the Englishman Jonny Edgar, who started in pole position.

Ugran maintained the lead until the end, ahead of Edgar and Jonny Crawford, from the USA.

Race2 was run in the rain, starting behind the safety car, which came on twice more after several cars ran off the track. The Englishman Edgar managed to overtake the American Crawford and the Italian Andrea Rosso on the slippery ground.

Andrea Rosso was the big star of the last race. In the early laps, he managed to overtake Crawford and Edgar, to take the lead. From the back of the field came Pizzi, who ended up in second place, ahead of Edgar.

Based on this result, Pizzi (Van Amersfoort Racing) managed to maintain first place in the overall rankings of the Italian F4 Championship powered by Abarth, 2 points ahead of Gabriele Minì (Prema Powerteam). This time, Minì did not take a podium placing, but still picked up points in all three races, coming in 7th in Race1, 5th in Race2, and 4th in Race3. Third place went to the Romanian Ugran, separated from the leader by 7 points.

The Imola course was run by 24 drivers, including some from the German FIA ADAC F4 Championship powered by Abarth. They had decided to build up their experience with races from the Italian series, especially on the more technical and difficult circuits, such as Imola, where the Formula 1 Grand Prix will take place this year.

One of the most important aspects of the Formula 4 Championships, well supported by the reliability of the Abarth engines, is the opportunity for drivers to race on more technical, difficult and selective tracks, to prepare them to compete professionally in the higher categories. The next event, scheduled for September 11-13, will again take place on a Formula 1 circuit: the Red Bull Ring in Austria.