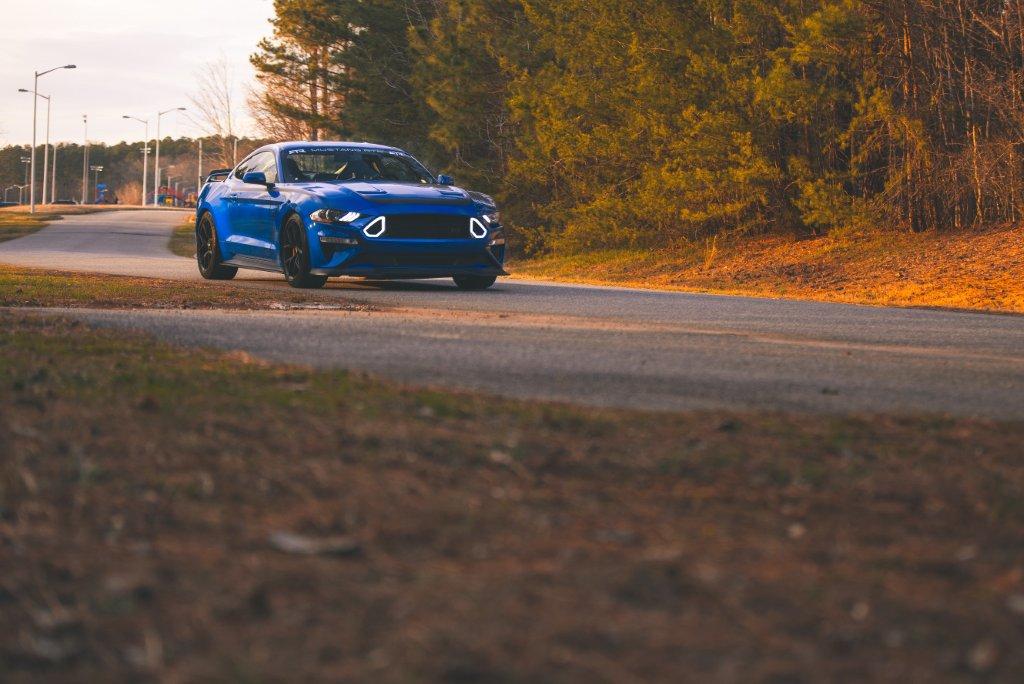 “I’m excited to announce the we have partnered with Performance Centre in South Africa, to be our exclusive RTR vehicles distributor in the country.

This means that all of our turn-key Mustangs, as well as all of our aftermarket parts can now be purchased through the crew at the Performance Centre,” says Gittin Jr.

If there is one driver to amplify the blend of fun and performance that embodies the Ford Mustang, it is World Champion drifter Vaughn Gittin Jr.

The self-taught dynamo relentlessly pursues the best in his own racing records as well as that of the Mustangs he develops with Ford Motor Company.

The local partnership launches with the introduction of a new RTR Vehicles Series 1 Mustang, which was co-developed between Vaughn and his RTR Vehicles team, and Ford Performance.

“The new RTR Vehicles Series 1 Mustang focuses on precise street performance, intense agility on the track as well as a driver-centric experience that makes it a powerhouse to drive,” says Grant Askham, CEO of Performance Centre South Africa. “It is sure to become a favourite among Mustang enthusiasts in South Africa.”

“Our goal was to take the driving and owner experience of the iconic Ford Mustang to the next level,” said Gittin Jr. “This collaboration has created a Mustang that offers smile-inducing street driving, diverse capability on the track and a very distinctive owner experience for those looking to stand out from the crowd.”

The RTR Vehicles Series 1 Mustang, Powered by Ford Performance, has the styling and performance-enhancing equipment Vaughn’s fans know as his signature. Among the many enhancements, worth mentioning upfront is the Ford Performance suspension which features adjustable sway bars which adapt the chassis balance. This allows drivers to go from taming those vicious S-curves to owning the straightaway.

The Ford Performance supercharger, available exclusively on the 5.0 V8 Mustang, and the Ford Performance intake manifold are both offered as an optional package for the RTR enthusiast that wants extra power, pushing the numbers to 529kW and 820Nm on the V8.

The RTR Vehicles Series 1 Mustang also has a staggered wheel and tyre package with 19×9.5-inch front and 19×10-inch rear rims. While also on offer is a RTR Gurney flap and RTR grille along with lighting, body and aerodynamics packages.

To highlight its muscular looks, this Mustang gets RTR fender badges – while special floor mats, puddle lamps, deck trim panel badging, sill plates, and a custom radiator cover badge are all part of this exciting package.

Personalising this RTR package is a serialised dash plaque, which includes a certificate of authenticity for the owner.

This complete upgrade package is available for both 2.3-litre and 5.0-litre Mustangs, while only the 5.0 V8 Mustang can have the 529kW supercharger kit.