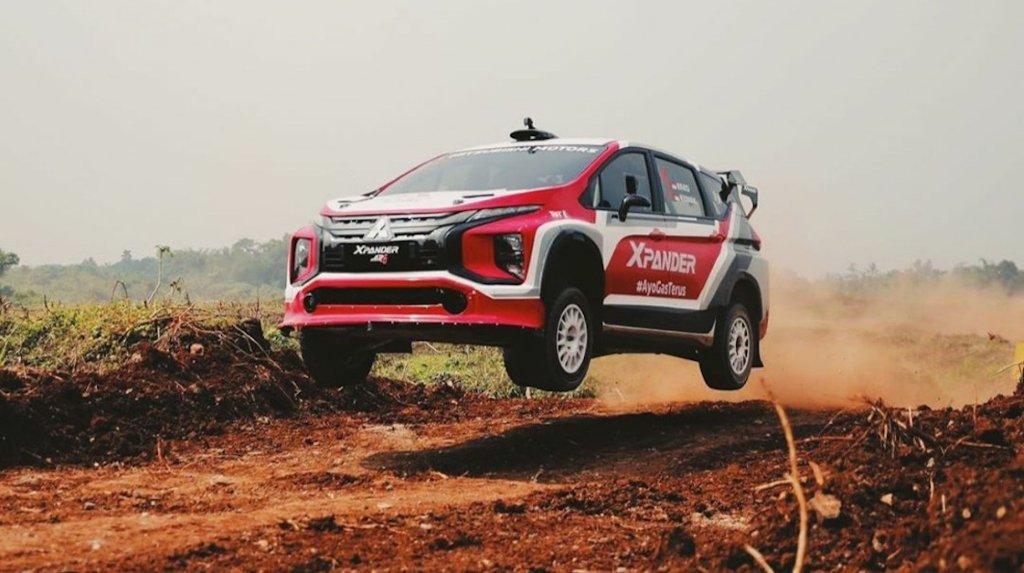 MMKSI worked with XRT and prepared the Mitsubishi Xpander AP4 for its first trial at the Tembong Jaya circuit, Serang, Banten in July 2020.

“Our collaboration with the XRT team in realising the first modified seven-seater MPV crossover and joining the AP4 Rally continues. Even in the midst of the challenging conditions, MMKSI and XRT remain committed to prepare the Mitsubishi XpanderAP4 for national and international rallies.

This is one of our efforts to present a unique new adventure for the Mitsubishi XPANDER family, and of course we will share this experience for our consumers in Indonesia to enjoy,” says Naoya Nakamura, President Director of MMKSI.

Previously, Mitsubishi Motors had a history of participating in a number of global motorsport events which became a natural laboratory to test vehicle performance, driving pleasure, comfort and of course safety features.

Mitsubishi Motors dominated the infamous Dakar Rally from the 1980s with no less than 12 overall victories, including seven in a row from 2001 to 2007, and still holds the record for most victories in this iconic event.

At the same time, the Xpander AP4 went through rigorous research and development at Ralliart New Zealand as a rally car. After the homologation process, the XPANDER AP4, based on Mitsubishi’s new crossover that is expected in South Africa early in 2021, has finally arrived in Indonesia.

The Xpnder AP4 rally version underwent trials on gravel for the first time in Indonesia. XRT racer and Mitsubishi Motors Indonesia Brand Ambassador, Rifat Sungkar, said: “I was satisfied with our first trial of our Mitsubishi XPANDER AP4 at the Tembong Jaya Circuit, Serang, recently. During 100 km of testing we received authentic data about every aspect of the vehicle’s performance, in the car – from the engine and transmission to the suspension and chassis.”

Based on the results of the first trial on the gravel track, the XPANDER AP4 showed excellent performance and results while no significant problems were found. From these results, useful data was obtained in the development and further adjustment of the XPANDER AP4 in terms of fuel, tyres, turbo cooling water and other areas.

The Xpander AP4 will be tested on an asphalt surface in the near future, after which the vehicle will be prepped to participate in an Indonesian sprint rally championship event towards the end of the year.

“As far as South Africa goes, one of the most anticipated newcomers in the Mitsubishi stable is that the Xpander compact MPV will be making its local debut early in 2021. This vehicle, which will only be available in 4×2, will be powered by a 1.5-litre petrol engine coupled to manual or automatic transmission and is expected to be the quietest in its class,” says Campbell.

The phenomenal performance shown by the XPANDER AP4 in its inaugural development programme can be seen via the following link:

CAPTION: Following the Pajero: the Xpander to take part in first rally before end of the year. Picture: Quickpic