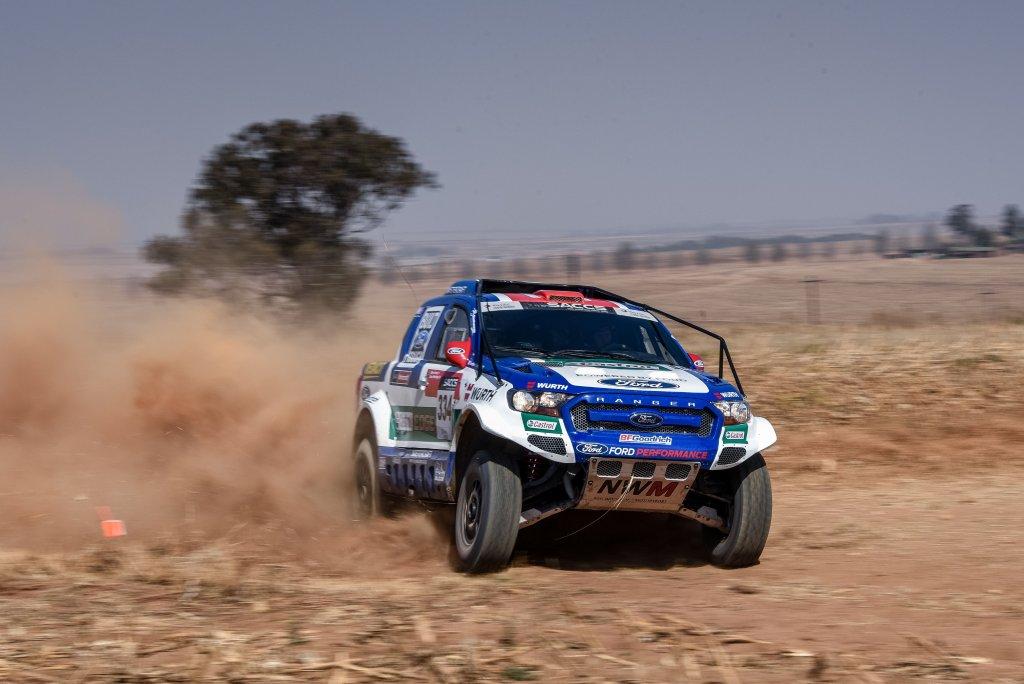 Brian Joss – The South African Cross Country Series (SACCS) will be tackling a new challenge when the championship returns for Round 3, the Total Agri 400, to be held in the Free State farming town of Bothaville on 18 and 19 September, 2020.

This new event on the SACCS calendar will be a crucial points-scoring opportunity for all of the teams due to the shortened five-round 2020 championship – and the Ford Castrol Cross Country Team is eager to claw back some ground to its FIA class rivals when the teams return to action at NAMPO Park, just outside Bothaville, where the biggest agricultural show in the southern hemisphere takes place each year.

“The Bronkhorstspruit 400 last month was a tough event for the team, but we’ve done some further development work and testing on the Rangers after the previous race which has given us more speed, and we hope to be challenging for a podium position once again,” says Neil Woolridge, team principal of Neil Woolridge Motorsport (NWM) which builds and runs the cross country racing Ford Rangers.

While the NWM crew continues with the development of the exciting all-new EcoBoost V6-powered FIA class Ford Ranger, it is still targeting overall podium finishes with the 2018 and 2019 Class T championship-winning V8-powered Ranger this season. Compared to last year’s specification, the Ranger V8 has benefitted from little more than upgraded brakes and top-specification BF Goodrich off-road racing tyres, and still uses a solid rear axle where the full FIA-spec rivals are equipped with a fully independent rear suspension.

“Although we’re at a disadvantage to the higher-spec FIA class vehicles, with the Total Agri 400 being a completely new event it should level the playing field a bit,” Woolridge says. “Our podium finish at the season-opening Mpumalanga 400 proved that we can still produce some great results with the current Ranger in tighter and more technical races.”

With their third-place finish at the start of the season, Lance Woolridge and Elvéne Vonk (#334) will be leading the charge as the top-ranked Ford Castrol NWM crew. They are currently fourth overall in the Production Vehicle championship and in the premier FIA class, despite finishing seventh at the Bronkhorstspruit race following an unusual front suspension spring failure – the first of its kind since the team began racing the current Ranger in 2013.

They will be joined by Gareth Woolridge and Boyd Dreyer (#377) who finished one position ahead of their Ford Castrol NWM team-mates in Bronkhorstspruit, having returned to the SACCS for the first time in more than a year. Other than getting beached in soft sand at a road crossing, they had a hassle-free first race in the FIA class and will be looking to improve on their current 11th position in the FIA class, and ninth overall in the Production Vehicle category.

Qualifying for the Total Agri 400 takes place on Friday 18 September, with a short and sharp 48km loop setting off at 13:00 from NAMPO Park, which serves as the designated service park for the event.

The main race on Saturday 19 September comprises two 170km loops starting off at 08:00, with a mandatory 30-minute service stop splitting the action. The route travels north towards Orkney, then heads along the Vaal River before turning south for the return stint to Bothaville.

Due to COVID-19 restrictions, no spectators are allowed in the designated service park or at the event. Fans can follow all of the action and track the position of the crews throughout the each of the 2020 races using the RallySafe app, which can be downloaded free of charge for iOS and Android devices.

Updates will also be posted on the Ford Performance social media channels: