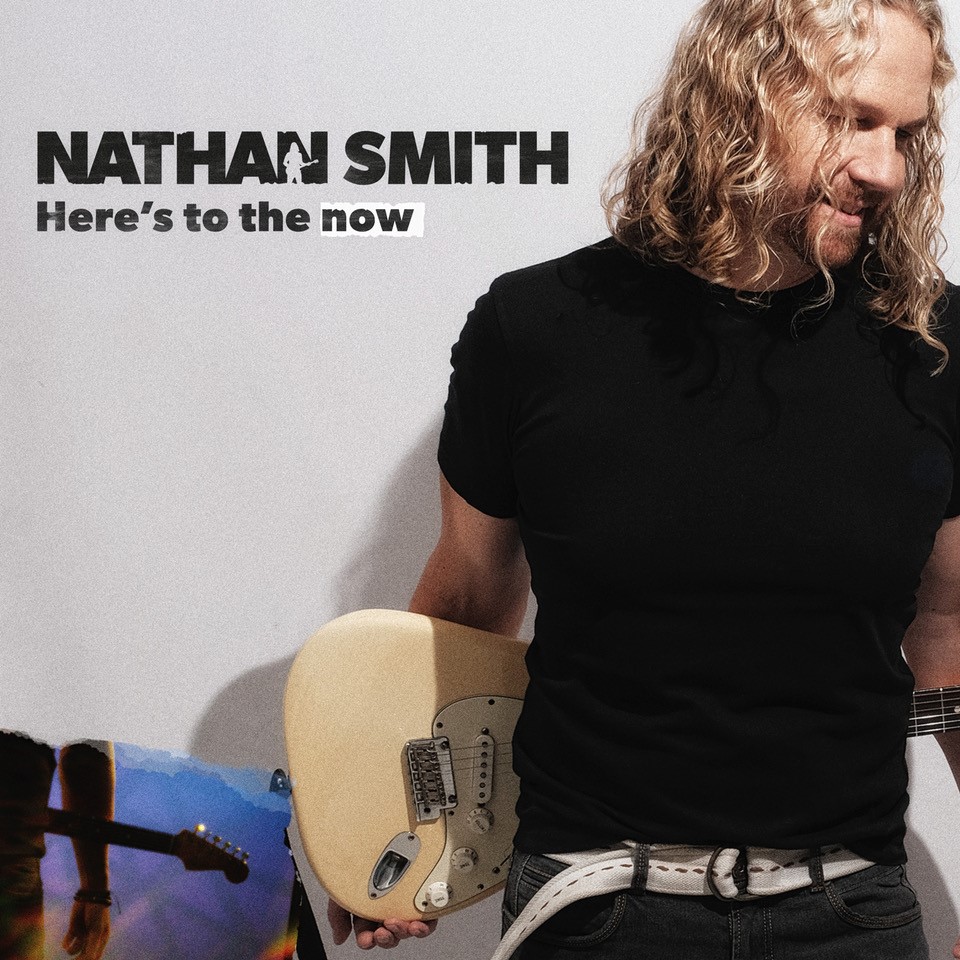 “Plan your best for tomorrow, but live for today and enjoy what you have, because tomorrow will take care of itself.” – Nathan Smith

Renowned guitarist, singer and songwriter Nathan Smith’s brand-new album of original works, Here’s to the Now, was released in July this year and fellow artists and musicians like Bobby van Jaarsveld, Riana Nel, Francois van Coke, Ricus Nel and many others describes it as a masterpiece!

The first two singles taken from this album and released to radio stations nationwide simultaneously during June, DECISIONS and CLOSER had and incredible reception!

The title track, HERE’S TO THE NOW, is about being so distracted by what we need to do or still want to achieve, or a situation, that we totally miss the good we have in our lives at the very moment.  “In my case, it was missing great moments with my wife, Jackie.  Being there, but not present, not enjoying, or missing the opportunity of the small things in life, which are actually in fact the big things in life and saying sorry about that and that I will live one day at a time, so HERE’S TO THE NOW!”, says Nathan.

Willem Viljoen from SASC was the director of photography and directed the music video and it was produced by Zap High Speed Studios https://www.facebook.com/ZAPhighspeed/ and TA Group Media http://www.tagroup.co.za/ The band performances was shot at Foghound studios in Midrand https://www.facebook.com/foghoundstudios/ and was recorded in only 5 hours.  A lot of the performance footage was shot using a Talos Motion Control Rig (a robot arm with a camera which runs on a track) with a 9m x 3m LED screen as a backdrop.   The home video type footage was shot on the lovely Western Breeze game farm in Limpopo https://www.facebook.com/thewesternbreeze/  with 3 hours of footage compacted into the video.
“The concept was to capture everyday home type moments and of my wife, along with me performing the song, stating that I am now aware of my mistakes and I see it clearly now, what really matters and the good I have right now”,  Nathan concludes.

The album, HERE’S TO THE NOW, named after the opening song, features twelve original tracks and is available on all digital platforms here  https://bit.ly/3eB7Mvw

Nathan Smith is a renowned South African musician and songwriter. He grew up in a musical family – both his parents were music teachers. Music came naturally to him and, at the age of eleven, his father taught him how to play guitar. Three short months later, Nathan played his first concert for his school. He started writing music at age thirteen, after which he started performing his original works in various venues and on national television.

When Nathan was 15, he formed the band Dead Sea Surfers with his older brother, Paddy, and Andrew Coleman. The band’s name was meant as a joke but, after winning a battle of the bands competition, they decided to keep it. Dead Sea Surfers went on to perform at multiple venues and festivals, including OppiKoppi, TuksFM Rag, Splash, etc. alongside South Africa’s biggest rock bands. The band recorded two albums, Eating the Humor and Well Sprung, before going their separate ways. This prompted Nathan to start his solo career.

A renowned and experienced guitarist, Nathan has performed original as well as collaborative works across South Africa and abroad. Highlights of the former include original compositions for various Soccer World Cup events in 2010, as well as for Joseph Clark – The Music of Queen, which toured locally and throughout Europe. The show sold out a stadium for 35 000 in Holland in 2012.

Session work found Nathan by chance and, while not his intentional career path, resulted in the musician being booked for flagship live, recording and television productions. This led to collaborations with top local and international artists, including Ronan Keating, Richard Clayderman, Riana Nel, Laurika Rauch, Steve Hofmeyr and Juanita Du Plessis, among others.

Nathan’s career highlights include involvement with flagship South African productions such as The Voice, Noot vir Noot, Skouspel, Idols, Afrikaans is Groot, Dancing with the Stars and Strictly Come Dancing, to name a few.

He has also produced his own productions and is musical director for Guitar Legends – A tribute to the World’s Greatest Singing Guitarists of All Time, Don’t Stop Believing – A tribute to Rock Super Group Journey, Slow-hand Fast-Hand – A tribute to Eric Clapton and Gary Moore, and more.

While celebrated for his session work, original work has always been at the core of Nathan’s love for music, with 2006 seeing the launch of his solo album Songs from a Diary. In 2009 he released an experimental album with Mark Heydenrych, Paddy Smith and Kyle Rutten called The Nathan Smith Project – The Sum of All Things. His third album, Here’s to the Now, will now be released at the end of June 2020.

Nathan Smith is a proud to be endorsed by D’addario, Sennheiser, Marshall Music and Clayton Picks.