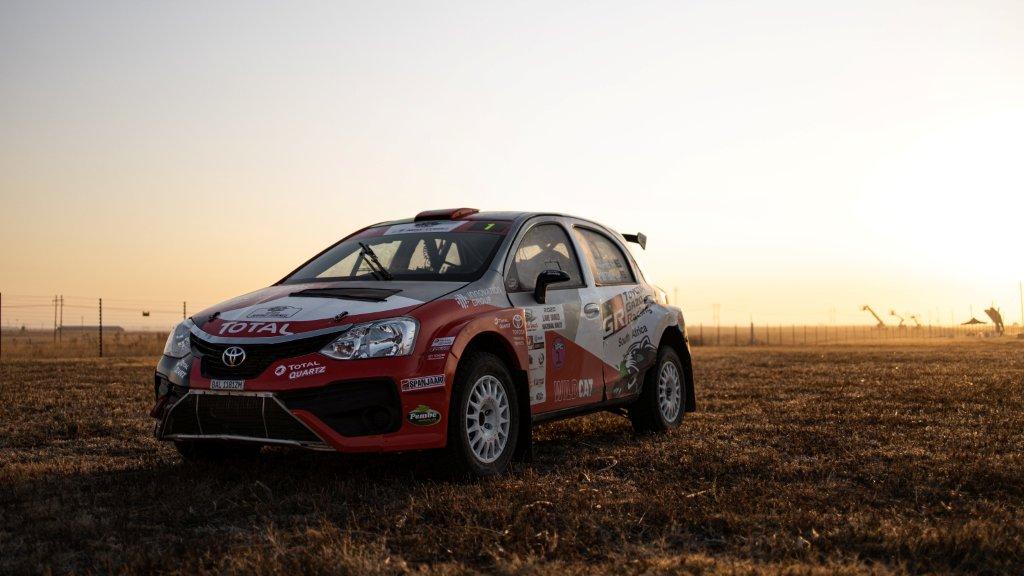 Brian Joss – The 2020 South African National Rally Championship (SANRC) got under way with the Lake Umuzi Rally, held around the Mpumalanga town of Secunda on 11 and 12 September.

This served as both Rounds 1 and 2 of the 2020 season, and Toyota Gazoo Racing SA’s Guy Botterill and navigator Simon Vacy-Lyle made the most of the opportunity by winning both rounds in their Class R4 Toyota Etios.

“We had a very small misfire in the opening stage of the two-round weekend,” said Botterill after completing the Lake Umuzi event. “But it was a really minor problem, which we sorted immediately – and the car never missed a beat throughout the rest of the weekend.”

This was Botterill’s first SA NRC event in the new Class R4 Toyota Etios, which was entered in the newly formed NRC 1 class for four-wheel-drive rally cars. Even though the young Durbanite has previously raced the car, and also tested with it, he still treated the new machine with respect.

“Going from the front-wheel-drive car to this monster is quite a step up, and we decided to drive within ourselves this weekend,” explained Botterill.

“There’s so much to learn, including how to adapt our note-writing for the faster pace of the R4 Etios. Even so, our times were really quick, and we’re confident that we can go even faster once we gain more confidence with the car.”

The weekend consisted of two rounds of the national championship, run concurrently in order to get the season back on track after the months of delays due to the COVID-19 pandemic.

Round 1 saw Botterill/Vacy-Lyle take victory by 1:28.3 over Theuns Joubert and Carl Peskin (Toyota Yaris S2000), with JJ Potgieter and Tommy du Toit taking third place (For Fiesta R2). The second round of the championship took place the next day, and Botterill/Vacy-Lyle again emerged victorious – this time by 2:02.1, again over Joubert/Peskin. Third place for Round 2 went to Chris Coertse and Greg Godrich, in a Class R4 Hyundai i20.

The next round of the championship is set for the middle of October, at a yet-to-be-named venue. The season will conclude with another double-header at the TracN4 Rally in Dullstroom, on 27-28 November.

“We are excited at the prospect of finally getting our season under way,” says Botterill of the upcoming event. “We’ve prepared our Toyota Etios meticulously, and recent shakedowns have shown that the car is ready to take on the new-look South African National Rally Championship.”

The Lake Umuzi Rally will be run under strict COVID-19 protocols, as set out by Motorsport South Africa. As such, no spectators will be allowed, but fans can follow the action via SA Rally’s online channels.