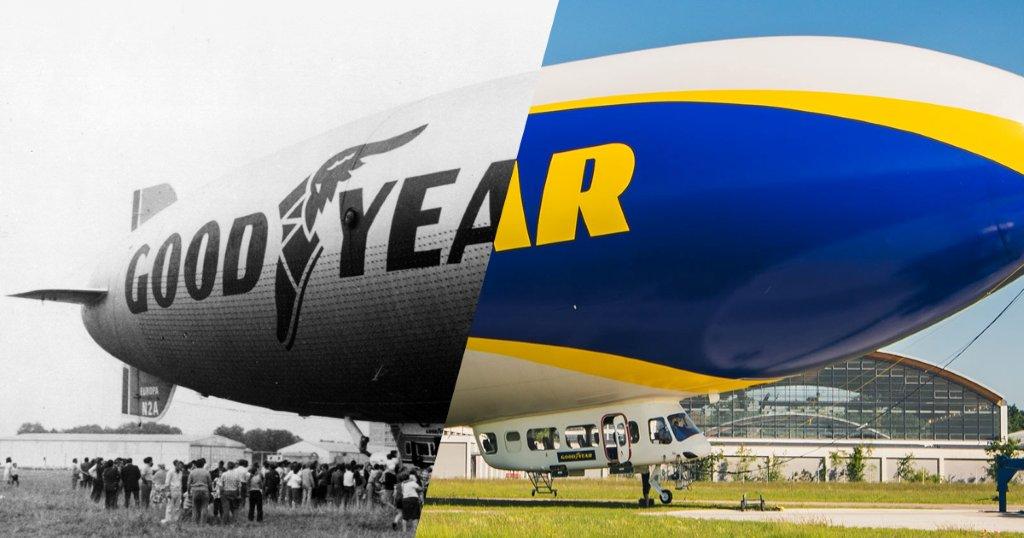 Brian Joss – The return of the Goodyear Blimp to Europe is the perfect time to celebrate a century of innovation in the skies, going back to the very first Goodyear Blimps in the 1910s.

Since then, the Goodyear Blimp has become a globally recognised icon and a permanent fixture at sporting and cultural events across the globe.

This year, the newest Goodyear-branded blimp was introduced in Europe, along with the three existing blimps in the United States. In September, the new European blimp will be present in the skies above two of the world’s most prestigious motorsport venues: the 24 Hours of Le Mans and the Nürburgring.

This high-profile presence celebrates Goodyear’s return to European and international racing, which was announced at last year’s 24 Hours of Le Mans. For the first time since 2006, Goodyear tyres are on the grid at Le Mans in this year’s 88th edition of the French endurance classic. This return, along with Goodyear’s expansion into several touring car, prototype, GT and electric racing series is truly something to celebrate in style.

The Goodyear Blimp icon is now served by four blimps. All were designed by Zeppelin in the latest part of a close relationship between Goodyear and Zeppelin that dates back to 1924. The Goodyear Blimp flying in Europe is operated by Zeppelin and based in Friedrichshafen, Germany. The remaining three airships operate out of bases in the U.S., in Pompano Beach, Florida, Carson, California and near Akron, Ohio – the home of the Goodyear Tyre and Rubber Company. This cross-continent reach allows the Goodyear Blimp to attend 200 sports and entertainment events annually, in all corners of North America.

It is equally at home in the skies above the Daytona 500 – the blue riband of the NASCAR calendar, for which Goodyear is the exclusive tyre supplier – as it is at NBA basketball games, American college football games and PGA golf events. Add to this the new airship’s exciting presence at Le Mans and the Nürburgring, and the global reach of the Goodyear Blimp is further underlined.

The story of the Goodyear Blimp can be traced back to 1912, when Goodyear engineers first developed a fabric ‘envelope’ for lighter-than-air aircraft, inspired by the achievements of the Wright brothers just a few years earlier. Goodyear continued developing technology over the coming years and in 1924 entered into a relationship with German airship manufacturer Zeppelin.

Goodyear and Zeppelin began work on two giant airships, christened Akron and Macon when they first flew in 1931 and 1933. They also built a specially designed Airdock hanger as a base in Akron, and at the time this impressive feat of engineering was the largest freestanding structure in the world.

The program surrounding the giant airships in the 1930s had three key aims:

to develop technology for the military, to build public awareness and confidence in the Goodyear brand, and to arouse public and governmental support for ambitious transoceanic passenger flight planes. At the time, many viewed airships as a more viable option for long-distance air travel than airplanes.

A number of key routes were drawn up for these public air travel plans, including trips across the Atlantic from New York City or Washington to Paris and London, and trans-Pacific routes linking California, Hawaii, the Philippines, Japan and China. Unfortunately, these bold plans were gradually dropped due to the rapid increase of airplane technology and difficulty in achieving Congressional approval.

In the second half of the twentieth century, the Goodyear Blimp became a universally recognised icon across the United States with its appearances at events such as the Olympics, Indianapolis 500, Daytona 500, World’s Fair and American football games such as the Rose Bowl and Orange Bowl.

The Goodyear Blimp has an illustrious history in Europe, too. A blimp named Europa flew throughout Europe between 1972 and 1986, making appearances at key motorsport events such as the 24 Hours of Le Mans and Formula 1 events.

It provided unique television coverage of famous events and captured fascinating images over locations such as London’s Big Ben and Rome’s Colosseum. It was also present at two British royal weddings in the 1980s.

Just like the three blimps based in the U.S., the new European Goodyear Blimp is a Zeppelin NT semi-rigid airship, adorned with Goodyear branding.

This model is the largest semi-rigid airship in the world today, measuring 75 metres long, up to 19.5 metres wide, and 17.4 metres tall. Its ‘gondola’ passenger compartment provides seating for up to 14 passengers, who can enjoy the views below through large panoramic windows. The airship’s total volume is 8,425 m3 and is filled with non-flammable helium.

The Goodyear Blimp is powered by three 200 hp engines, thus producing a similar total power output to the Goodyear-equipped LMP2 race cars competing at Le Mans. These are linked to propellers via a gearbox, and the combined setup allows for impressive maneuverability: the blimp can even turn on its own axis while hovering. It can also take off and land vertically.

This power configuration gives the Goodyear Blimp a maximum speed of 125 km/h and a range of 1,000 km. Its maximum flight altitude is 3,000 metres.

It typically flies following major roads and highways, allowing a ground crew to follow below and provide assistance if necessary.

With its long range and low noise emissions, the Goodyear Blimp is the perfect platform for providing aerial footage at major events, and that will be a key part of its role at Le Mans and the Nürburgring. It can easily hover in spot and does so much more quietly than a helicopter.