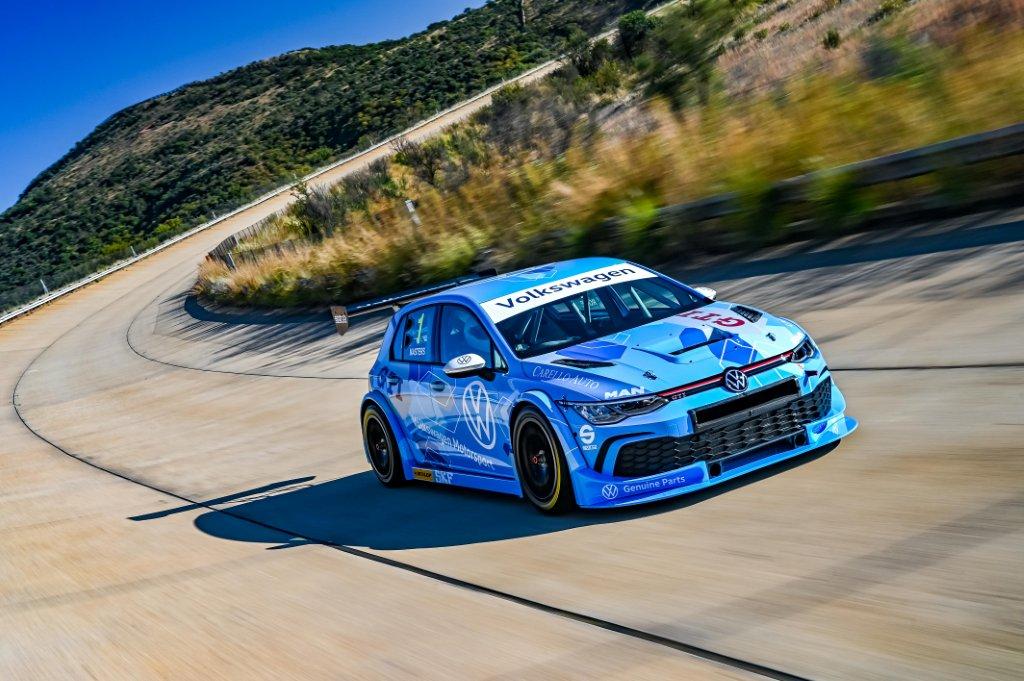 Brian Joss – This is the moment that South African motorsport fans have been waiting for; not only will South Africa’s premier circuit racing series, the Global Touring Cars (GTC) finally get underway, but Volkswagen’s new Golf 8 GTI take on the competition around the Red Star Raceway near Delmas.

The tough battle between the drivers competing in the exciting new Supa Cup series is also set to continue.

Race fans across South Africa are very excited to see the first Volkswagen Golf 8 GTI race car take to the track when the 2020 GTC finally commences on 25 and 26 September when Round 1 of the series will take place at Red Star Raceway. The locally built Golf GTC racecar is the first Golf 8 race car anywhere in the world to take part in a national championship. “We have tested the car extensively over the past few months and we are confident that the hard work that went into the initial design and building phases as well as the setup of the car during testing sessions since, will pay off when the lights turn green in Delmas,” said Mike Rowe, head of Volkswagen Motorsport South Africa. “The car already competed in an endurance race during August in Port Elizabeth but only as part of a shakedown and its development process, so Round 1 of the GTC series at Red Star will be the official debut for the new Golf 8 and the first real opportunity to weigh it up against its direct competitors from the other rival manufacturers.”

During pre-season testing, the team achieved its goals of ensuring that the new Golf is more powerful, but more importantly also lighter and more nimble than the trustworthy Jetta it replaces. As a result both the overall handling and stopping power have been improved which should lead to improved lap times. “The car is faster than our old car, so that’s already a good start. But we know our competition have also built new cars so we’ll have to wait for the first practice session on the Friday to see where everyone fits in,” continued Rowe.

The squad from Uitenhage is of course the defending GTC Manufacturer’s champions while young driver Keagan Masters is the defending Driver’s champion. The team also retains the services of the equally-fast Daniel Rowe who helped them to the title in 2020. “Daniel and I work very well together,” commented Masters. “We continue to learn from each other and it makes us both more competitive as a result.” Rowe shared his sentiment:

“It’s a pleasure to be a part of this team and both Keagan and I can’t wait to finally race the beautiful Golf 8 GTI against our competitors. Our goal will be to claim the top steps of the podium, but we’ll have to wait and see in what order.”

During August, the brand new Supa Cup class was cause for much excitement during the first race post the initial lockdown. The class was created to become the support category for the GTC series, and with no less than 10 cars expected to be on the grid at Red Star, the Supa Cup is already proving to be a huge success. It also contains the two most recent champions from the competitive Volkswagen Polo Cup Bradley Liebenberg and Jeffrey Kruger, as well as Volkswagen Motorsport’s own young gun Jonathan Mogotsi. This trio put up a spectacular fight at Zwartkops last month with Kruger and Liebenberg claiming a win a piece with Mogotsi hot on their heels on each occasion and there is every reason to believe that this fight will once again provide most of the fireworks on the day.

There will be a number of practise sessions on Friday 25 September, with the qualifying session and three races scheduled for the Saturday. Spectators will still not be allowed access into the Red Star Raceway facility due to the government’s Covid-19 restrictions, but fans will be able to follow all the action as it happens on all of Volkswagen Motorsport’s social media platforms. Besides continuous updates, all races will also be livestreamed so fans won’t have to miss any of the drama.

CAPTION: The wait is over: Volkswagen’s new Golf 8 GTI is  scheduled to make its GTC debut. Picture: Motorpress