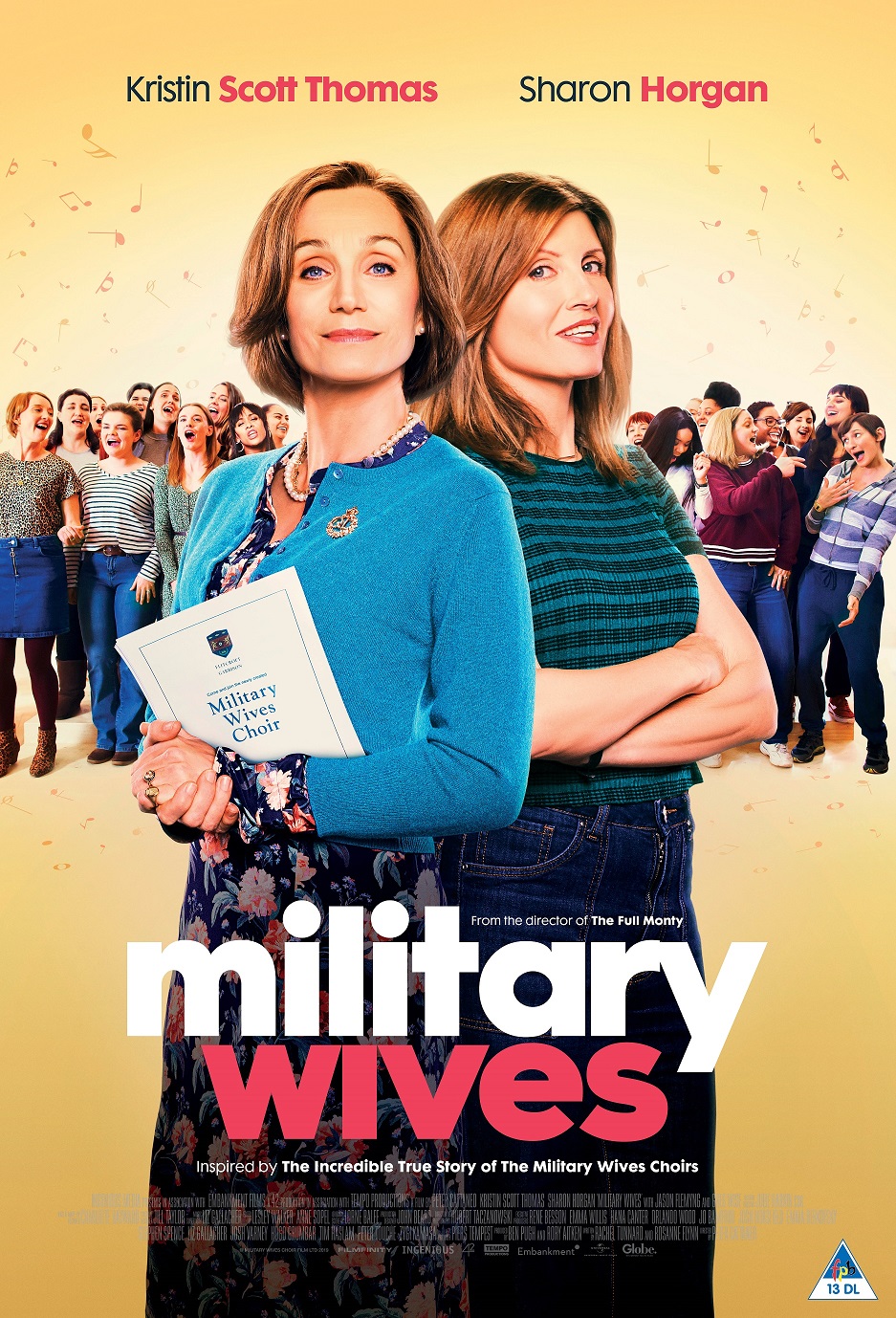 If films like Calendar Girls and The Full Monty top your list of all time favourites, you are definitely going to love director Peter Cattaneo’s latest masterpiece, MILITARY WIVES!

He has once again worked his magic to turn the true story of ordinary women who gained unlikely fame into a heart-warming and inspiring film.

The film will be released exclusively on DSTV Box Office by Filmfinity (Pty) Ltd. on 2 October 2020.

MILITARY WIVES tells the story of a group of women who turned what was meant to be a therapeutic hobby into a chart-topping success. Written by Rosanne Flynn and Rachel Tunnard as an ode to female unity, the film centres around the attempts of military wives to raise their spirits while their husbands are deployed.

“You see hundreds of war films, but you never see what happens to the families left behind,” explains Cattaneo. “This film pays homage to the wives and girlfriends left behind. Sometimes, the tougher life gets, the more people need to make each other laugh just to survive. This is an honest story about people who like to make each other laugh. It is a film about humanity, and humanity is full of comedy.”

MILITARY WIVES is based on the story of choirmaster Gareth Malone who, in 2011, took a group of military wives under his wing when he was working on the BBC show The Choir. His aim was to help the wives and girlfriends of soldiers deployed on military service to express their feelings through song.

Starring Kristin Scott Thomas and Sharon Horgan, MILITARY WIVES shines a light on how women whose partners are deployed fall into a familiar routine while either waiting for their return, or for news they hope will never arrive.

While Kate (Scott Thomas) is all pearls and protocol, Lisa (Horgan) is laid back and unconventional. The two form an unlikely partnership that results in the very first military wives choir, which not only helps the women through some of life’s most difficult moments, but which also results in them becoming a media sensation, setting in motion a global movement in the process.

“It was exciting to bring life on a contemporary military base to the screen through this story of ordinary women in unbelievably testing circumstances, finding courage in the cathartic power of singing together,” says Cattaneo.

MILITARY WIVES is a feel-good and inspirational story of friendship, love, and support on the home front. “I hope viewers will come away from watching this film having laughed and cried with the characters, feeling inspired by the courage of the women and uplifted by hearing them belt out some classic songs,” concludes Cattaneo.