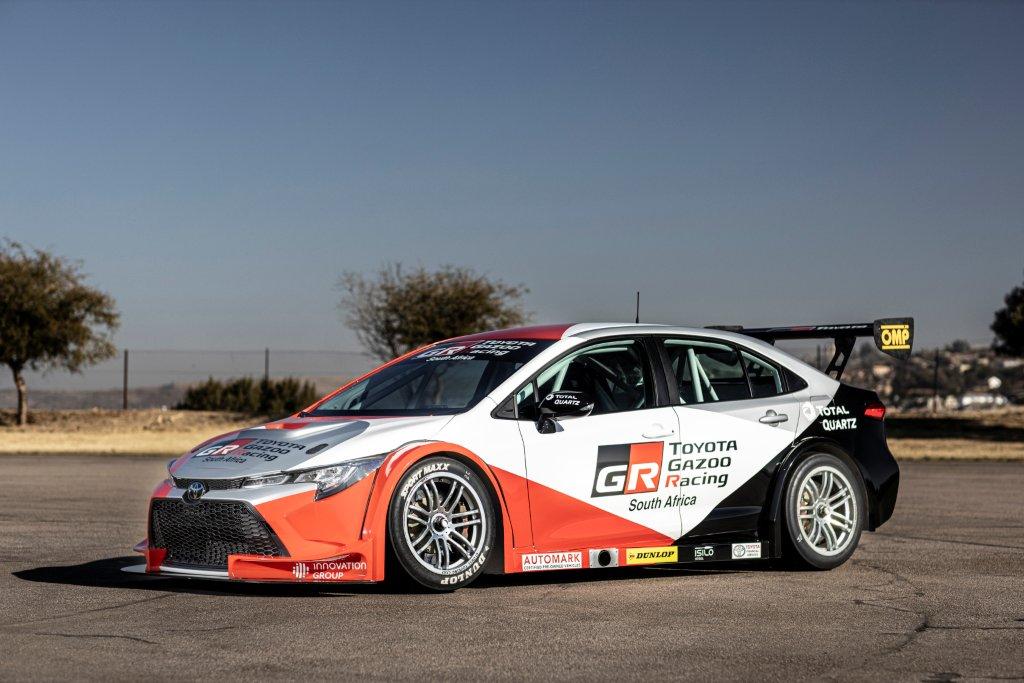 Brian Joss – The 2020 Global Touring Car (GTC) season is finally starting, with a three-heat race at the Red Star Raceway, near Delmas in Gauteng this weekend.

This is the same venue where the championship ended last season – and also the location of Toyota Gazoo Racing SA’s Michael van Rooyen’s first GTC victory.

“Red Star hosted an amazing race weekend at the end of last year,” says Van Rooyen. “I was in contention for the title, but it slipped away at the last moment, despite bagging my first race win in the stunning GTC Toyota Corolla.”

During the ensuing months, Van Rooyen has prepared an all-new version of the GTC Corolla, which now sports the latest body shape, as well as plenty of refinements under the skin. The new car was put through its paces during numerous test sessions, and also took part in an endurance race in Port Elizabeth, in preparation for its GTC debut.

“We’re looking forward to measuring our performance against the competition this weekend,” says Van Rooyen. “There are a number of new cars in the field, and it is always exciting to see how everyone measures up. We are confident that our new car will be competitive from the start.”

As with many sporting leagues, the GTC was put on hold as a result of the COVID-19 pandemic. This weekend’s race meeting will see the exciting GTC machines take on three heats on Saturday, and even though no spectators are allowed due to COVID-19 restrictions, the action promises to be hot.

To add to the excitement, Toyota Gazoo Racing Racing SA’s Mandla Mdakane will also make his debut for the team, fielding a version of the GTC Toyota Corolla. The highly experienced Mdakane will be looking to make a positive impression during his first outing with the team, and has been champing at the bit during the extended off-season.

“Of course, nobody knew that it would be the end of September before we could go racing again,” says Mdakane. “But now the time has come, and I cannot wait to strap into the TOYOTA GAZOO Racing SA car for my first race with the team.”

This weekend’s race meeting will start with a number of practice sessions on Friday, September 25. Qualifying for the first race will take place on Saturday morning, with three race heats following during the day. Fans are not permitted in the Red Star Raceway facility due to restrictions imposed because of the COVID-19 pandemic.

CAPTION: Season start: another exciting round of racing. Picture: Motopress