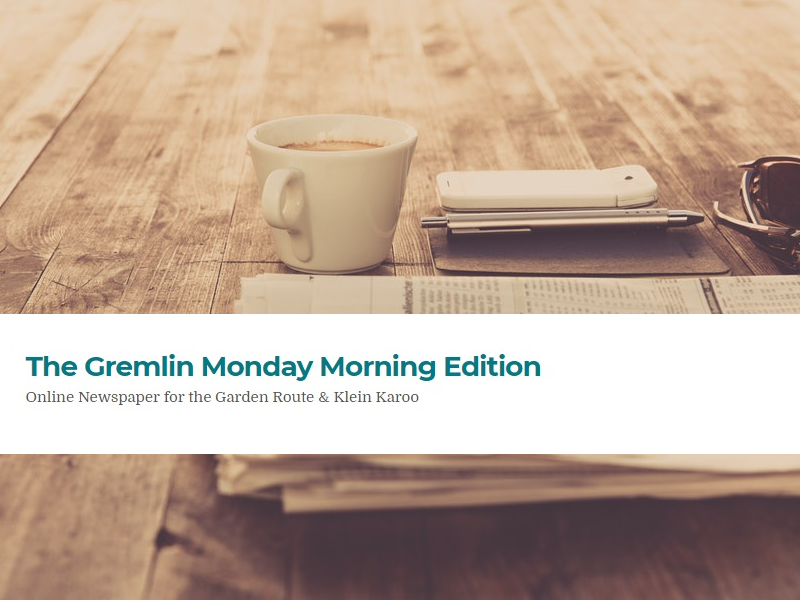 The Pope is now openly socialist.  Dems trying every trick in the book to delay the SCOTUS confirmation.  So, the most hated man in the world who is reported lazy, morbidly obese, is in his mid-seventies and lives off a diet of junk food recovers from COVID in a weekend – and is ready for in-person debates – makes you wonder.

It’s time for the NPA to step up to the plate and do the job for which it was established.  The arrests are getting closer to the real criminals.  Marikana still not resolved – I guess we have to choose between justice for the victims and having a president with some semblance of leadership ability.

SA’s economy is as much – maybe more – dependent on financial stability than anything else.  If the ANC would just get out of the way, the rest of us will fix it very quickly.  Mango gets a reprieve.

Liverpool and Man U get epic pastings over the weekend.  Gerda Steyn finishes well at the London Marathon.  The only thing I will remember from Saturday’s rugby ‘test’ is the photograph of some of the players posing in masks – after being in each other’s faces for 80 minutes.  Try as a may, I cannot figure out the logic here.

One of the main reasons for blocked drains and sewerage spills is the wrong stuff being flushed down toilets or thrown into manholes.

George Municipality is proud of our Law Enforcement team and the ‘big brother’ team that monitors our CCTV surveillance cameras that stopped thieves in their tracks at the Pacaltsdorp Sportsgrounds and recovered stolen goods this weekend.

Boplaas Family Vineyards in Calitzdorp achieved victory at the Novare Terroir wine Awards with no less than two of its wines among the winners in this national competition.

Oudtshoorn, 01 October 2020- The South African Weather Services has issued a severe weather alert of disruptive rains in the Garden Route District as well as the Central Karoo District from today, 1 October 2020 until Saturday, 3 October 2020.

Chief Executive Officer, Marius Venter, recently submitted a letter of resignation to the Plett Tourism Board (PT) which was unanimously accepted at a Board meeting held on Wednesday the 23rd of September 2020, to “pursue opportunities in the private sector,” the PT Board announced today.

Pope Francis slams trickle-down economics, advocates for redistribution of wealth: ‘For the good of all’

Writing in an 86-page papal encyclical — which, according to Reuters, are “the most authoritative form of papal writing” — Francis said the coronavirus pandemic proved the failure of free-market economics, such as the “trickle-down” theory.

President Trump briefly left Walter Reed National Military Medical Center on Sunday afternoon amid his battle with the coronavirus, greeting throngs of backers with a wave from an SUV.

NEWS ANALYSIS: Why the NPA must not fail SA this time October 5, 2020

Beaufort West still in grips of worst drought ever October 4, 2020

Beaufort West mayor Noel Constable said the municipality is urging residents to use water sparingly as they are doing everything to keep the taps from running dry.

The National Prosecuting Authority revealed that the two remaining suspects in the Thoshan Panday multimillion-rand SAPS tender fraud case were expected to hand themselves in at the Durban Central police station on Monday.

The trial against former Deputy Police commissioner William Mpembe and his five co-accused is expected to resume at the North West High Court in Mahikeng on Monday.

JOHANNESBURG – South Africa can emerge from this economic recession and Covid-19 crisis a better nation and transformed when we reflectively act on the socioeconomic challenges as a rainbow nation.

South African Airways Technical has lifted its maintenance suspension to Mango and other airlines over non-payment.

Jose Mourinho humiliated his former club Manchester United as Tottenham swept to a stunning 6-1 win at Old Trafford, while Arsenal moved into the Premier League’s top four with a 2-1 victory against Sheffield United on Sunday.

Gerda Steyn led the way on Sunday, storming through the field to set an impressive personal best as she carried the SA flag at the London Marathon

The versatile actor and singer, Reynardt Hugo released his first solo single, Die Rivier, earlier in 2020 and it exceeded…

When a motorist purchases a car, they usually don’t give much thought to the battery that will power their vehicle…

On 5 August in a studio in Cape Town, 14 breast cancer warriors, survivors and champions came together for a…

Steenberg Ruby Rosé is happiness in your glass

Make Steenberg’s delightful Ruby Rosé your go to spring and summer wine and take any happy occasion up a notch.…

Rinél Day celebrates a decade in the music industry with new album and single!

After six years long years, fans of singing sensation Rinél Day are finally rewarded for their patience and loyalty with…

There has never been a more decisive moment to rethink the way we teach in the 21st century, based on…

Brian Joss – Toyota Motor Corporation (TMC) has announced that its global sales were down 10.6% in August compared to…

Brian Joss – If you are scanning the latest car models online, and dreaming of owning your first set of…