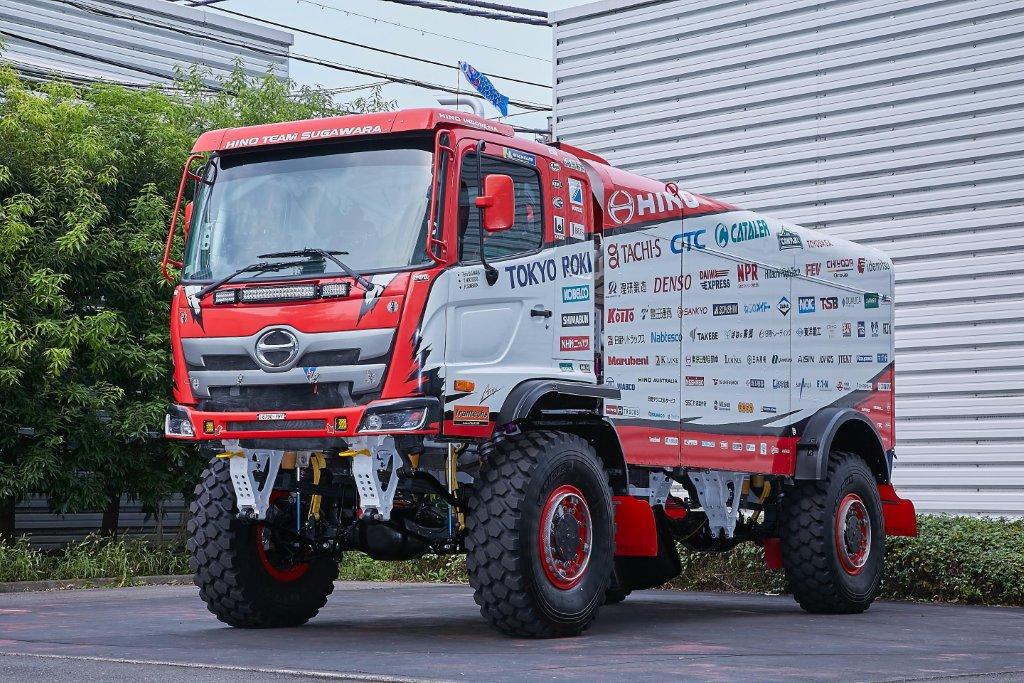 Brian Joss – Hino, which has built up an amazing record for reliability and durability in the gruelling cross-country Dakar Rally, will compete in the 2021 edition of this famous event, to be staged in Saudi Arabia from January 3-15.

This will be the 30th Dakar for this leading Japanese truckmaker who will be aiming for a 30th consecutive finish as well as to win the category for trucks with engines under 10-litres in capacity for the 12th successive year.

Last year a four-wheel drive Hino 500 Series, driven by Teruhito Sugawara, a director of Hino Team Sugawara which oversees Hino’s entries in the Dakar, finished 10th overall out of 28 finishers and first in the under 10-litre engine class for the 11th year in a row.

Hino was the first Japanese truck manufacturer to tackle the daunting Dakar Rally when it entered the 1991 which took competitors from Paris to Dakar via Tripoli – a route of almost 10 000 km. Hino finished 7th, 10th and 124th out of 44 finishers.

The truck that Teruhito Sugawara will drive next year is a development of the 2020 racer and features various improvements based on previous experience, with the aim of being even faster in the timed special stages, which are usually dominated by monster trucks running engines much bigger than the Hino’s 9-litre, six-cylinder, turbocharged power unit, which develops 750 horsepower (550 kW) and 2 314 Nm. of torque.

“Many people and companies are curtailing activities in the light of the ongoing COVID-19 pandemic but we, Hino Team Sugawara, have reconfirmed our spirit to aim for our goals without giving up, regardless of the hardships we have to endure,” said Teruhito Sugawara, the teams driver and director, when confirming Hino’s entry in the 2021 Dakar Rally.

“We are very pleased that Hino has decided to continue with its successful participation in the Dakar Rally, which provides valuable feedback to the engineering teams developing the next generation of Hino trucks,” added Pieter Klerck, General Manager of Hino South Africa.”