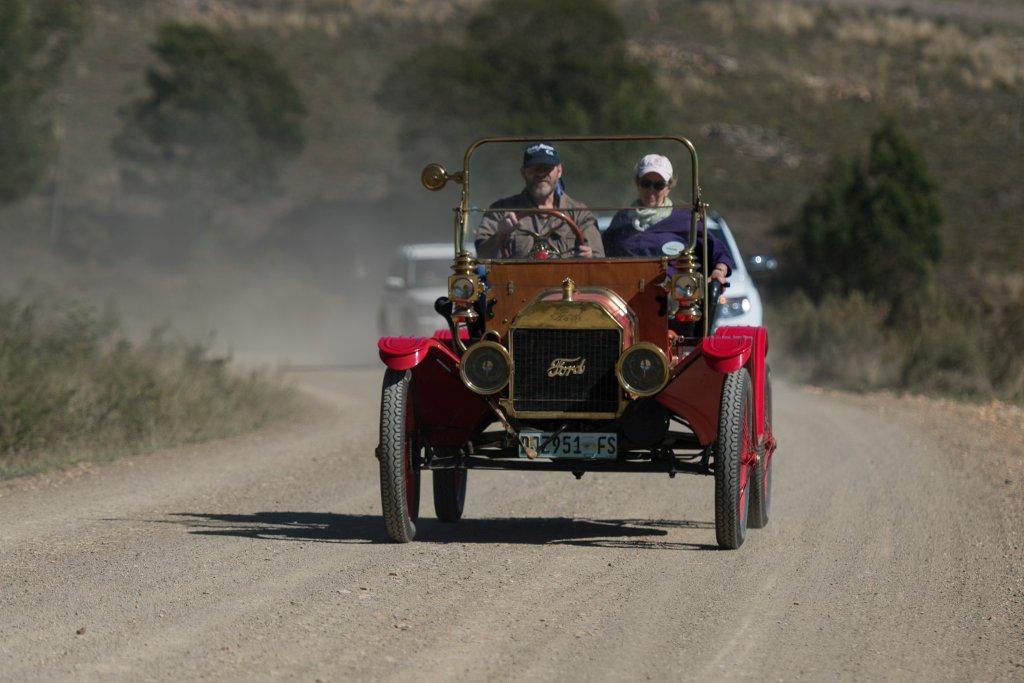 Brian Joss – It is a fascinating exercise to think of what October’s Transport Month would look like, were it not for cars like the Ford Model T – which went on sale for t first time on 1 October 1908. This day is celebrated annually around the world as Model T Day.

Even those with limited car knowledge will have, no doubt, heard of the famous Model T that pioneered many recognisable aspects of the modern car.

More than a century later, manufacturing methods and engineering solutions in the current automotive landscape still owe credit to the Model T.

The Ford Model T was named the most influential car of the 20th century in the 1999 Car of the Century competition. In its lifetime the Model T sold more than 15 million examples between 1908 and 1927 – a production period that very few nameplates have managed to beat.

Regarding the Model T’s success, Henry Ford said it best: “I will build a car for the great multitude. It will be large enough for the family, but small enough for the individual to run and care for. It will be constructed of the best materials, by the best men to be hired, after the simplest designs that modern engineering can devise.  But it will be so low in price that no man making a good salary will be unable to own one.”

In a top-secret room of a small factory on Piquette Avenue in Detroit, Michigan, plans for the Model T steadily took shape until October 1, 1908 when the first Model T was officially released. It was characterised by a number of now-common features including a left-sided steering wheel, an enclosed four-cylinder engine with a detachable cylinder head and a one-piece cylinder block – this configuration made it possible for owners to do most of their own repairs. It was also the first Ford with all its parts built by the company itself.

Although its early life began in Detroit, the Model T has a rich and beloved history in South Africa. The first local Ford agents were appointed in 1905 in Port Elizabeth, with the Model T being introduced in 1908 as a successor to the Model N.

Ford Motor Company of South Africa was founded as a subsidiary of Ford of Canada in 1923, and local assembly of the Model T began the following year, close to what is now Ford’s Struandale Engine Plant. During this time Model T components arrived in large wooden crates imported from Canada through the Port Elizabeth harbour and were assembled in a converted old wool warehouse

– making it the 16th Ford assembly plant outside of North America, and the first assembly line of any kind in Africa. Many of the houses nearby were actually built from the remains of these wooden crates!  South Africa had about 19 000 Model T Fords on its roads between 1908 and 1927.

October 1, 1908 will always be an auspicious date in Ford’s history, says Doreen Mashinini, General Manager Marketing at Ford Motor Company of Southern Africa (FMCSA): “Thanks to a combination of an affordable price and robust construction, the Model T is frequently referred to as the car that put the world on wheels and one of mankind’s supreme engineering achievements.

“The Model T transformed the entire concept of transport and inspired a global shift away from the horse and carts that were being used at the time.

Nearly all modern vehicles have similarities to the Model T while Henry Ford’s moving assembly line has remained. Ford Motor Company’s legacy started here and all our products continue the leadership that was so evident throughout Henry Ford’s lifetime.”

“Among its many traits, the Model T was extremely adaptable. There are many accounts where Model T owners out on the farm would need to improvise by connecting wood saws or water pumps to the Model T’s rotating axle. After cutting wood out on the farm, owners and friends would load up the Model T with all the supplies it could carry and drive it back home.”

Apart from being within the economic reach of the average citizen, the Model T helped Henry Ford show off one of his truly pioneering inventions — the moving assembly line. By breaking assembly down into 84 distinct steps performed by groups of workers as the vehicle chassis moved down the line, production time in 1913 was slashed from 12.5 hours to around 1.5 hours per vehicle. At Ford’s peak production of the Model T in 1923, the production time was cut down to only 23 seconds! Henry Ford’s way of assembling cars is still used in modern factories around the world.

In 2016 the Model T Ford Club of South Africa was established and now includes around 45 members who frequently get together around the country and drive formidable distances – including the almost 1 800km from Simon’s Town to Nelspruit, or the rough and treacherous Seven Passes between George and Knysna. Remarkably, the club continues to grow with some younger Model T owners clearly enthused by this legendary vehicle’s history and fun-to-drive personality.

“Although the number of Model Ts in South Africa can’t compare to the approximately one million still running in the United States, the quality of local restorations is as good as anywhere in the world,” says Kuschke.  “All members in the club understand that in order to keep up the enthusiasm for the Model T, they need to pass along all the knowledge and tradecraft they can. As a retired woodworker, I have made sure to teach other Model T owners how to build the intricate spokes that make up the centre of the wheel.

“It has been a privilege to be part of this amazing legacy! Some members, like myself, learned to drive in a Model T, and that same 1915 Model T Ford is still being driven by my brother today. It’s such an icon, and once you have learned to drive the car, you have to have one,” concludes Kuschke.