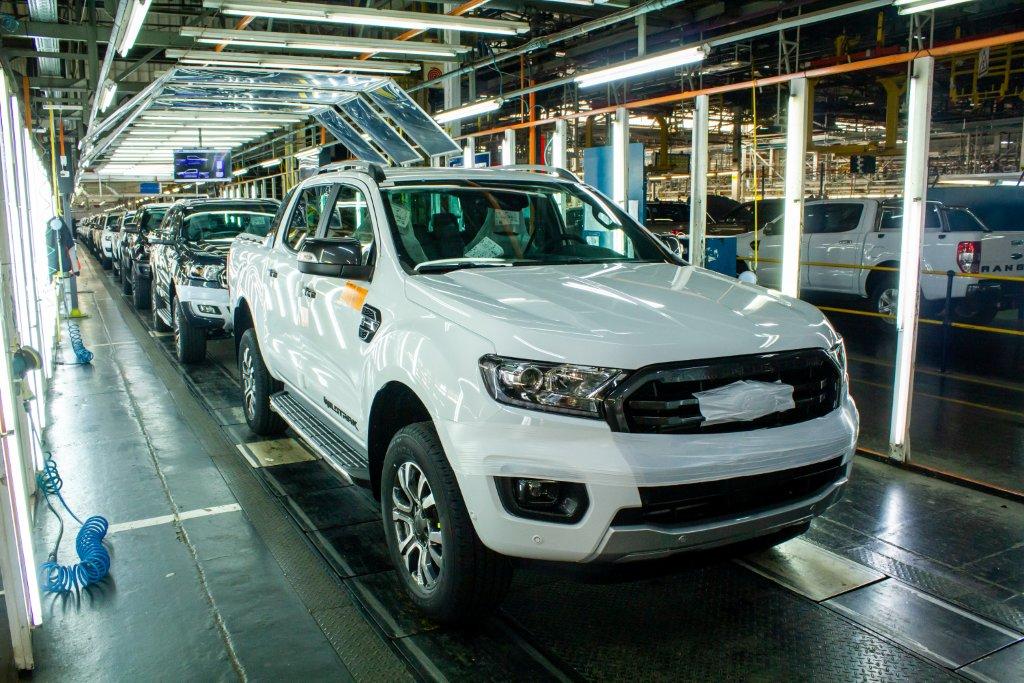 Brian Joss – Ford Motor Company of Southern Africa (FMCSA) emerged as the top vehicle exporter for September 2020, with a total of 6 995 units shipped to its more than 100 global markets – an increase of 11.3-percent compared to August 2020, and its highest export volume for the year.

On the domestic front, Ford notched up 3 679 sales – a substantial 23.6-percent improvement compared to the preceding month, and its best volume since February 2020. This placed it third overall on the local sales charts for September, as released by the National Association of Automobile Manufacturers of South Africa (NAAMSA).

“It’s encouraging to see markets finally recovering to the volumes that were typical pre-COVID-19,” says Neale Hill, MD of FMCSA. “The already strained economic climate prior to the coronavirus lockdown pales in comparison to the devastating financial impact over the past six months, but the domestic and international markets have shown remarkable resilience and we expect this trend to continue for the remainder of this year.

“Our total domestic and export sales of 9 174 Ford Rangers in September is our best result for the year,” Hill adds. “It reaffirms the confidence that local and international customers continue to have in our locally produced Ranger, and further entrenches the significant role we play in the local economy and the large number of direct and indirect jobs we support.”

FMCSA employs approximately 4 300 people, and supports over 50 000 jobs in the total value chain. The Ranger pickup and Everest seven-seater sport utility vehicle (SUV) are produced at Ford’s Silverton Assembly Plant in Pretoria, which recently launched a new Wheel and Tyre Facility as part of its ongoing drive to improve efficiency and production capacity.

The Ranger Thunder is the latest addition to the line-up as an even more exclusive, limited edition version of the popular Ranger Wildtrak – with a number of unique design elements that add further appeal to the most luxurious model in the line-up.

All engines for the Ranger and Everest – comprising the new-generation 2.0 Bi-Turbo and 2.0-litre Single Turbo, as well as the proven 2.2 and 3.2-litre Duratorq TDCi engines – are assembled at Ford’s Struandale Engine Plant in Port Elizabeth. The plant recently won its fourth Best Exporter OEM award from Exporters Eastern Cape. Along with supplying engines to the Silverton plant, it exports fully assembled engines and machined components to several Ford plants around the world.