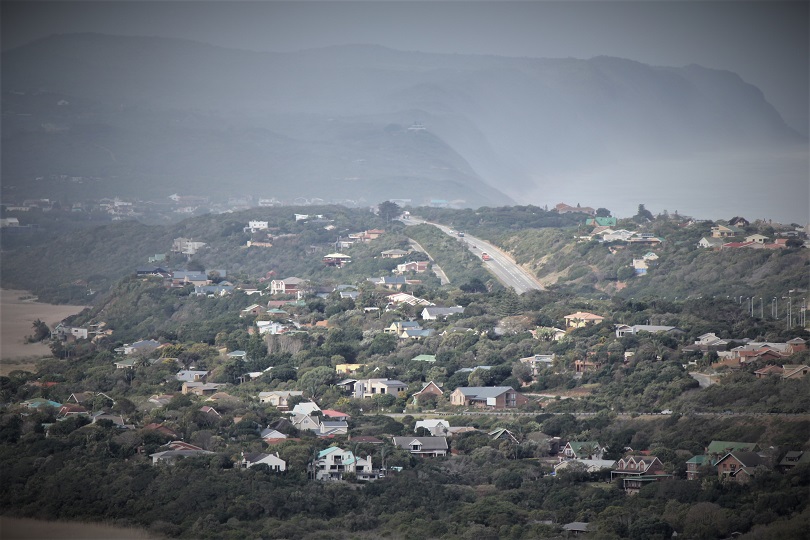 “The rehabilitation of under-threat Southern Cape river systems by private landowners can provide the perfect environment for the creation of more wild spaces in the Garden Route,” says Cobus Meiring of the Southern Cape Landowner Initiative (SCLI).

According to Meiring the majority of landowners along river systems in the Garden Route have a deep appreciation for the beauty and biodiversity their environment offer. He says they invest considerable resources into the preservation of their properties and surrounds to maintain what remains of one of the most spectacular and sought-after regions of South Africa and the African continent.

“The unfortunate reality is that, almost without exception, the Southern Cape river systems, their catchments, wetlands, feeder streams and drainage lines, have over past decades become heavily infested with invasive alien plants, most notably including black wattle, pine, blue gum and Rooikrans species,” says Meiring.

“Because of the costs associated with the eradication and control of invasive alien plants along steep slopes and deep ravines, landowners are understandably hamstrung in their efforts to address the problem, even if they are aware of the destructive effect the invasive plants have on what remains of extremely sensitive and critically threatened Garden Route natural habitats.”

Partnering with close to eighty private landowners along the Great Brak, Kaaimans, Touw, Goukamma and Knysna river systems and estuaries, the Southern Cape Landowners Initiative (SCLI), with the support of the Table Mountain Fund (TMF), has embarked on an ambitious effort to assist them in their collective efforts to eradicate and control invasive alien plants on their land.

The Garden Route has run out of environmental conservation space due to extensive farming on the coastal plateau, unbridled development along the coastal corridor and a steady increase in population – all demanding ever more hard infrastructure, water security and housing, and, regrettably, to the detriment of what remains of the natural environment.

Meiring explains, “Linking the Outeniqua Mountains and the Indian Ocean for the purpose of plant and animal migration, the preservation of natural habitat critical to the survival of indigenous biodiversity has become extremely difficult, but private landowners along key river systems hold the key in making it possible.”

He says climate change, persistent drought and unpredictable rainfall patterns are complex issues to comprehend and deal with, but they do put immense pressure on already frail natural ecosystems. This situation is particularly enhanced when invasive alien plants in catchments and streams relentlessly and consistently absorb scarcely available water sources, and provide fuel loads for countless and regular super-destructive wildfire disasters on the urban edge, destroying hundreds of thousands of hectares of indigenous vegetation and natural habitat in the process.

“Mostly because of their inaccessible slopes, river systems, sub-catchments and feeder streams in the Southern Cape present the only remaining wild spaces where nature, potentially, can still prosper. With the collective effort of private landowners, and in order for nature to survive, these river systems increasingly have to fulfil the role of conservation corridors,” says Meiring.

“Ideally, river systems along the Garden Route should be awarded conservation status, but as such an effort is technically not feasible, the onus to conserve what remains of the natural environment will have to reside by private landowners in a loose partnership with regional conservation entities, striving towards a common goal.”

“The fact that there are so many private landowners participating in the SCLI Cape Floristic Corridor Revival and Training Programme, the effort to create conservation corridors along regional river systems is indicative of the understanding Southern Cape citizens have in terms of preserving what remains of their natural environment, even if the added responsibility of ownership comes at unwanted expense and a fair amount of costly long-term commitment.”

“By providing guidance to landowners in the drawing up of invasive alien plant control plans, assisting landowners with advice and by training contractors to physically do clearing work on infested land, SCLI hopes to create a legacy of conservation amongst landowners, and a better understanding of the vital importance of their intervention in creating wild spaces where nature and biodiversity can still stand a chance to survive.”

Concludes Meiring, “Ultimately knowledge and awareness, coupled with physical intervention, are what will enable one of the most spectacular regions on the African continent to retain what remains of its unique biodiversity.”