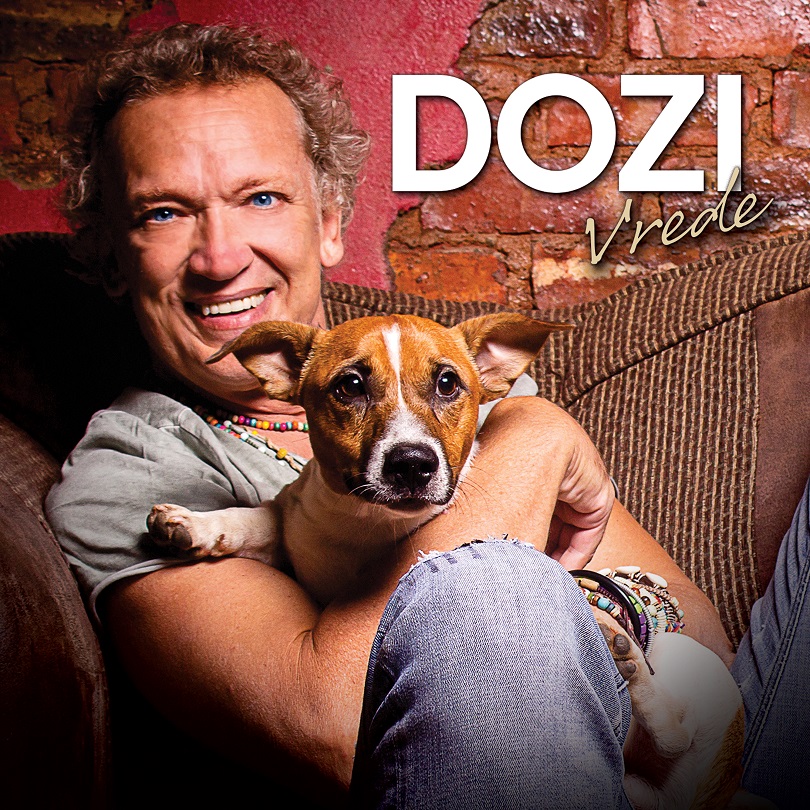 Dozi just released his brand new album, VREDE that combines a collection of music that will not only make you feel nostalgic about the past, but will inspire hope for the future and make you appreciate the present.

This acoustic recording will build on the winning recipe for which he is known, but will also showcase a brand new side of his music to the public and will be released on all digital platforms on 29 May 2020.

Each of the songs were carefully selected to compliment Dozi’s voice and style. “For the past six years, I have been trying to keep my restaurant up and running. It made me realize how important music really is to me. That is what I know and love, and this inspired me to record an album and leave the restaurant industry to those who specialize in it,” he says.

After providing a performance platform for upcoming artists at his restaurant and entertainment venue, Dozi’sBack to the Roots for the past few years, the artist has decided to shift the focus back to his own music by surprising fans with a brand new album, which promises to exceed their greatest expectations.

“What makes this project unique is that it was recorded live on my farm with the help of many experienced musicians. Everyone did a brilliant job and it turned out very well,” the artist explains about the concept behind the recording process. “I decided on the title because, at this stage of my life, I am tired of everything that is not peaceful – anything that is confrontational, ugly and negative. I just want peace.”

This is Dozi’s nineteenth studio album and boasts twelve original tracks, of which three were written by the artist himself. Stef Kruger was responsible for the rest of the content and, according to the artist, he enjoyed working with this talented songwriter again. The content can mainly be described as a modern mixture of meaningful music, with a few upbeat tracks to lighten the mood. “Along with ‘Op Aanvraag’ and the ‘Mercy’ album, I consider my latest release as something that comes closest to the true Dozi sound and I look forward to sharing it with audiences. The album was made in peace, sent away in peace and now it has to make money in peace,” explains the musician. His previous album, Hande vol Genade, was well-received and sold well at shows.

Because he believes in creating music with meaning, he credits As Jy Deur Hel Gaan as one of his favourite songs on the album. “It’s a song that appeals to our current situation. I believe that when you write lyrics, it should be about something that is relevant to people’s lives,” he reveals about the song that he wrote himself.

Hits like Partykeer Somtyds (the first single released to radio), Galgtou, Dis Net Woorde and Groete are emotional tracks that promises to touch the hearts of each person that listens to it. “The reason I write music is to make the world a better place. Musicians are disciples of the world, and it is their job to make people’s souls happy. If you are unhappy and you listen to the right music, then you feel better,” he shares.

Dozi (a.k.a. Henk Opperman) was born in Hluhluwe and grew up on a farm in Standerton. He started singing and playing guitar at the age of twelve and has always been a great source of entertainment to his friends, family and fans.

After completing his military service, he studied graphic design at the Technikon of Pretoria and, on a night out, he secured himself a regular gig at the local Spur. It was the beginning of a very long and successful music career. He performed until the early hours of the morning, which led to his nickname – Dozi – because he was so fond of sleeping during the day.

Not only has Dozi become a regular at the country’s biggest music festivals and concerts over the years, but he has also gained notoriety on television for his own program – Kom ’n Bietjie Binne –, as a coach in two seasons of the reality show, Supersterre, and as a regular guest artist on Noot-vir-Noot.

According to him, he has had the privilege of working with most of the big names in the industry. He would, however, still like to perform with Jan Blohm, because he loves blues music and has never really collaborated with musicians in those circles.

“I am inspired by what I hear, smell, see and feel. Although I regularly listen to international music, I am careful not to be overly interested in current music trends. A lot of people fall into that groove and then everything ends up sounding the same,” the singer shares. “I enjoy any type of music and will sometimes listen to classical music for hours. Blues has also become one of my favourite genres, because it speaks to me and I like the fact that it is a little behind the times.”

VREDE is a must-have addition to any Dozi fan’s music collection. It is a compilation of feel-good, heartfelt music with which no playlist should be without. “I love what I do and plan to keep it up for a long time,” he says. “I am positive about the future and still have lots of plans up my sleeve.”

His latest album if proof that he is still passionate about his job, but is also a gem of timeless hits that will most definitely remain popular for years to come.

The release of VREDE will also be celebrated with a special online concert on 27 June.  More information about this concert will be released soon.  Keep an eye on www.wallfly.co.za, the media and Dozi’s social media pages.

The album is now available on all digital platforms here:  https://music.apple.com/za/album/vrede/1505963047