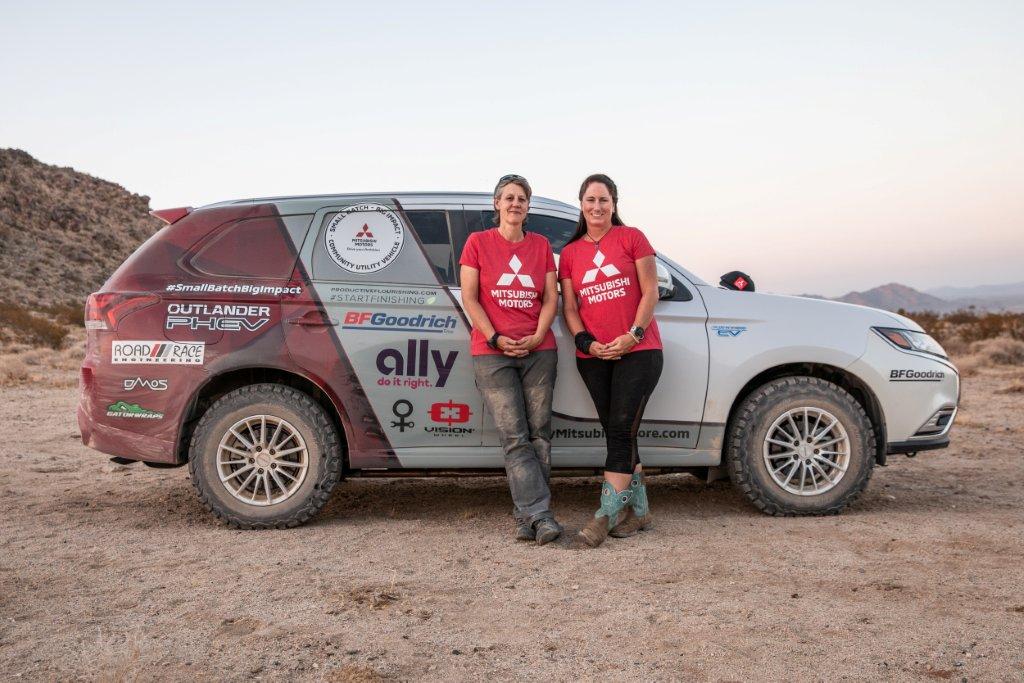 The Rebelle Rally is the first all-women’s off-highway navigation rally raid in the U.S. and the longest competition of its kind in the lower 48 states.

This year, MMNA and RTJ will make history by contesting the rally in a 2020 Mitsubishi Outlander PHEV, the first plug-in hybrid electric vehicle (PHEV) to compete in the event, as Rebelle organisers open the rugged competition to electrified vehicles for the first time.

RTJ founder and experienced team navigator Sergeant Major Rachael Ridenour, a 32-year U.S. Army combat veteran, will pair up with driver Master Sergeant Kristie Levy, a 25-year U.S. Army combat veteran and current federal law enforcement officer. Levy was selected by Ridenour, a multi-time Rebelle competitor and past winner, after a national search by the non-profit for a female veteran with the heart, grit and tenacity to tackle the 10-day, 2,000 km navigational rally.

“Record the Journey stands for those who never stop challenging, never give up and never stop driving ambition. We are proud to support them with the quality, dependability and reliability built into every Mitsubishi vehicle, and are excited to enter the first ever PHEV in the Rebelle Rally,” said MMNA Chief Operating Officer Mark Chaffin. “The Rebelle Rally is the ultimate test of teamwork, vehicle reliability, and the ability to overcome obstacles. Our continued partnership with Team Record the Journey proudly stands in support of everyone who says ‘I can do that’ in the face of adversity.”

Described as “the ultimate road trip,” the 2020 Rebelle Rally runs until October 18, starting on the slopes of Lake Tahoe and ending in the Imperial Dunes of Glamis, east of San Diego. MMNA has produced a short film encouraging all to ride along with Team RTJ on the 2020 Rebelle.

Team RTJ is no stranger to making history. Last year, the team piloted a minimally modified Mitsubishi Eclipse Cross – affectionately named by the team as “Rosie the Riveter” – to second place in the Crossover class, with seven-year U.S. Air Force veteran Karah Behrend at the wheel. Behrend became the first adaptive athlete ever to complete the Rebelle, and the pair were honoured with the 2019 Rebelle Rally Team Spirit Award. Taking inspiration from Rosie the Riveter and the 2019 team, Ridenour and Levy have dubbed their white, red and silver 2020 Mitsubishi Outlander PHEV “Electra.”

RTJ is dedicated to assisting military veterans with a successful transition back into civilian life. The non-profit utilizes outdoor photography adventures to help veterans process their military experiences, including combat, injury and loss. Photography allows expression and engagement without words, making an often difficult process a little easier.

“The transition from a military deployment to arriving at home with your family can be abrupt and disorienting,” said Ridenour. “Through my own process, I realized that when you’re looking through the lens of a camera, you’re forced to be in the present, not thinking about the past or the future. You can express yourself without having to use words, and it’s an activity that you can easily share with others to re-establish human connection.”

To follow the Rebelle action in real time, visit www.rebellerally.com/live for the webcasts, GPS tracking and scoring updates.