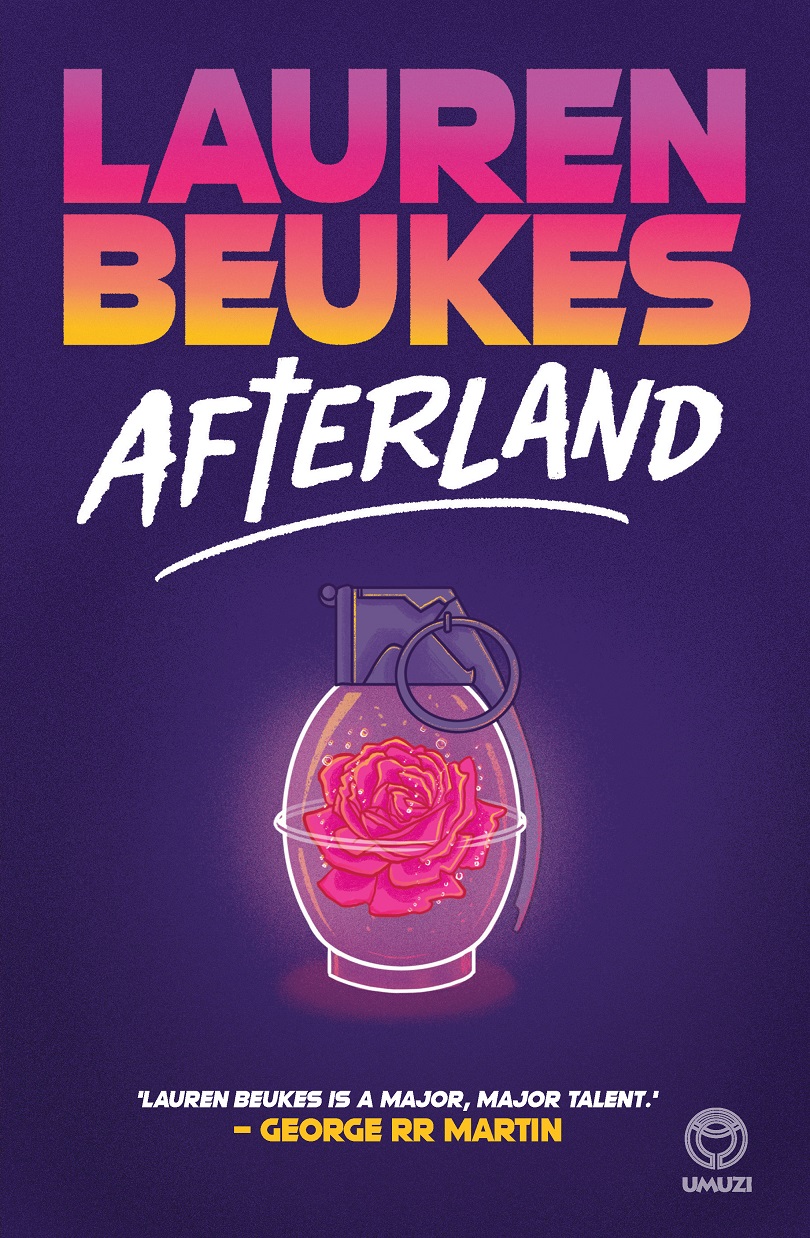 Science fiction is not for everyone but there are some writers of the genre you can’t just ignore. One of these is Lauren Beukes and her fifth dystopian thriller, Afterland. It is too close to home for comfort and is about an unexpected and unprecedented global pandemic. Think Covid-19 —  but worse. Beukes postulates a world without men, and in Afterland 99% of the world’s male population has been wiped out by the Human Culgoa Virus. The protagonists are Nicole (short for Cole); Miles, her adolescent son, one of the very few men left who are immune to the disease. Cole changes his name to Mila and Cplr disguises him as a girl. Mila wears skinny jeans and glittering hairclips (barrettes)  on top of his Afrocurls; Miles’s late father was an African-American and Cole is a white South African. Then there is Cole’s nefarious sister, Billie, who turns up at a quarantine centre (ring any bells?) where Miles is being held, to be reunited with family, but in reality to abduct her nephew whose sperm will be sold for millions on the black market to women who want to be impregnated with virus-free sperm, which brings to mind police minister Bheki Cele’s warning, when lockdown was at its most stringent, ‘No kissing, nothing. Maintain social distance, even in the middle of the night’.

Billie, if you let your imagination run wild, could be a clone of Nkosazana Dlamini-Zuma, local government minister who serves on the National Covid-19 Command Council, and who is notorious for banning the sale of tobacco products.

Now Cole and Mila are on the run in a stolen car and we first meet them speeding away from a tech mogul’s estate, which is being used as a locked quarantine facility for surviving men and boys and their female relatives. Their government minders, read FBI agents, are also after the pair.

Cole’s aim is to get back to their Johannesburg home, where life is apparently normal. Starting from the West Coast, they head for Florida and hopefully make their way to South Africa. The pair meet some odd characters at the weird pit stops along the way, staying at a nunnery where, when the nuns discover Mila is really Miles, hail him as a prophet; they find shelter with an anarchist commune, among others.

Another note that will resonate with readers is the fact that Cole and Miles, not yet Mila, were stranded at Disneyland when the pandemic first broke out.

Afterland is more than a dystopian thriller, Beukes brings to the fore many women’s issues that are the stuff of headlines and are being debated on television and radio talk shows: is the future female? Will women be barred from becoming pregnant until a cure has been found for the virus? It echoes the conversation about women’s reproductive rights taking place in America.

In most of her novels, Beukes draws the women as strong characters and Afterland is no exception.

The story is told through the viewpoints of Cole, Miles and Billie. Afterland is set in 2023 and according to various web sources Beukes started writing Afterland about five years ago but it was published this year after the launch date was postponed.

However, one of South Africa’s top crime writers, Deon Meyer, got in first with his Covid-19 book Fever (Hodder & Stoughton, reviewed The Gremlin (September 20 2017). In Meyer’s book, the pandemic wiped out most of the world’s population leaving father and son Willem and Nico to save mankind. In Fever Meyer also notes a bat in a mango tree :with a different kind of corona virus in its blood”.

Fever doesn’t in any way detract from Afterland. They may have the same theme, a pandemic, but they are entirely different and the protagonists in Beukes’s book are women, strong women at that, and show their mettle in often stressful situations. Beukes’s voice is a refreshing and an unusual one in a sea of mediocrity.

Afterland may not resonate with everyone — but it is a tale worth reading.