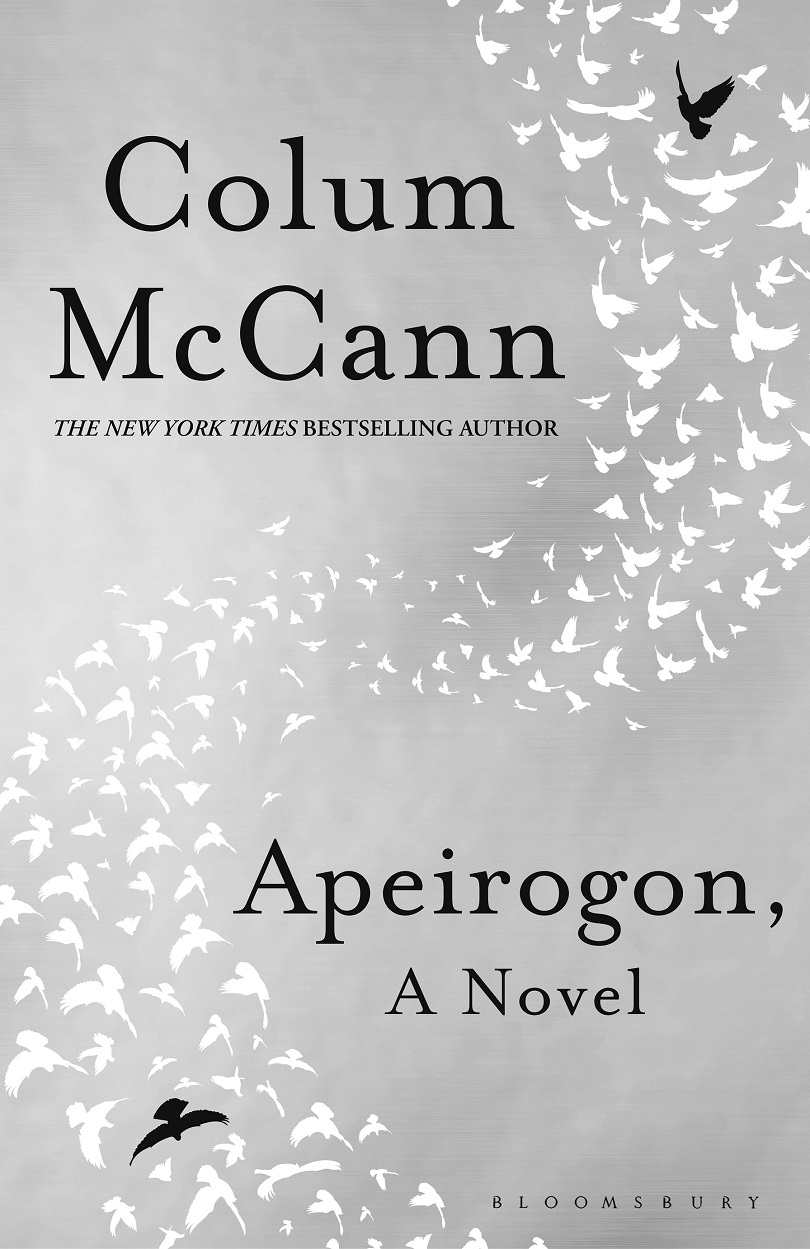 Two real-life events that occurred 10 years apart inspired this powerful novel that focuses on the Israel-Palestine conflict, which like an apeirogon —  has an infinite yet countable number of sides — that affects everyone and everything. An apeirogon is a polygon.  It’s similar to what happens when you throw a pebble into a pond – the effect will cause ripples to flow outwards which go on long after the pebble has hit the bottom.

Smadar Elhanan, 13, was walking on Ben Yehuda Street, Jerusalem, on September 4 1997, listening to her Walkman playing Sinead O’ Connor’s “Nothing Compares 2U”, just an ordinary teenager doing what teenagers enjoy doing, when three young Palestinian men, not much older than teenagers themselves, set off suicide belts, killing themselves, Smadar and four others.

Ten years later and about three miles away from where Smadar was killed;  Abir Aramin, 10, dressed in her school uniform and carrying a candy bracelet that she had bought was shot in the back of the head by an 18-year-old Israeli soldier as his Jeep was speeding around the corner.

These two tragedies bring the two fathers together: Bassam Aramin, a Palestinian Muslim, and Rami Elhanan, an Israeli Jew. Apeirogon is based on a true story and Colum McCann tells us in his notes that they are “pulled together from interviews which were held in Jerusalem, New York, Jericho and Beit Jala.

Apeirogon is much more than about the deaths of the two girls. It’s about the undercurrents that underpin the daily discourse about the Israel-Palestine conflict:  politics, murder, grief. And McCann also opens a window on life in the Holy Land and the stark differences between Israel, the West Bank and the Gaza strip. For instance, when Abir is injured by the Israeli sniper she is taken to the hospital in a taxi. However, the doctors at the Palestine clinic which “needs hospitalisation itself” say that Abir should be treated at a better equipped hospital on the other side of the “Separation Wall”. But the ambulance was delayed for hours before it arrived at Hadassah Hospital, the same one in Jerusalem where Smadar was born, and  where Abir died 10 years and two days later.

There’s a tunnel underneath Bet Jala about a kilometre long and at the exit there is a large red sign in Hebrew, Arabic and English saying that, “The entrance for Israeli Citizens is forbidden.”

But Apeirogon is not about the differences: it is about the similarities. Both Bassam and Rami want peace and the focus of the book is on the relationship between the two men. Bassam served seven years in an Israeli prison after he threw a broken hand grenade at an Israeli Jeep and where he was beaten daily  It also gave him time to reflect and become friendly with one of his security guards, an Orthodox Jew, Herzl, who studied mathematics in Tel Aviv. Herzl was taken with Bassam’s number 220-284 which he said were amicable numbers. Bassam learned to speak Hebrew (know thy enemy, keep him close) and read the Torah.

When Rami came back from the Yom Kippur War exhausted he began to work as a graphic designer drawing posters for the right wing, the left wing, the centre too: he was a maverick and didn’t care. His wife Nurit, a redheaded beauty and the daughter of a general, was outspoken and always discussed the “Occupation: with her academic friends and wrote hard-hitting articles. She didn’t hold back. Bassam’s wife, Salwa, a mother of six is just as strong as Nurit.  But she knows that as a Muslim woman she “committed a crime” being born in Palestine so she kept her own counsel refusing to speak to journalists. Both women supported their husbands in their work.

Bassam was one of the co-founders of  the activist group Combatants for Peace which sounds like an oxymoron. Rami became a member after his son, Elik, took him to a meeting, about seven years before Abir died. By then the two men were close friends, more like brothers, travelling the world together discussing their experiences. In the centre of the book from page 217 to page 243 Rami and Bassam tell their story, which will tug at your heartstrings.

McCann’s work is filled with allegories, many referring to birds. Five hundred million birds arc the sky over the hills of Bet Jala every year. It is the world’s second biggest migratory super highway. At least 400 different species of birds, from hoopoes to bitterns flood the highway and sometimes settle on trees and buildings where they become targets for young stone throwers using slingshots.

In Israel the birds are tracked by sophisticated radar set up along migratory routes across the country and linked to military installations and air traffic control offices at Ben Gurion Airport.

After a spectacular orgy of food, the final course French president Francois Mitterand ordered was ortolan, a tiny yellow songbird which he thought represented the soul of France. It took him several minutes to eat the three birds especially cooked alive in a vat of Armagnac for him by his chef. His head shrouded in a napkin to “hide the act from God” and so that his family and friends at the table couldn’t hear the head bones of the tiny birds snapping, he wiped his mouth with a napkin, said good night, went to bed and fasted for eight days before he died.

A white blimp hovers above Jerusalem, sometimes birds perch on it hitching a lift. But the blimp is recording every number plate: Rami’s is green and Bassam’s is yellow.

In between the narrative there are fragments of text that seem incidental to the story: for example the notes about the migratory birds; Israeli/Palestine bumper stickers;

the Separation Wall known by a variety of names including the Apartheid Wall; the West Bank Wall; the Peace Wall and the Curse Wall, which is not a 440 mile concrete barrier but a series of ditches; mounds and coils of razor wire; to name some. You also learn more about suicide vests, sometimes called homicide vests than you want to;  what happens when a rubber bullet tumbles about in a skull and how to make sure the Molotov Cocktail will explode on contact.  It’s all relevant to McCann’s sweeping masterpiece.

The book also features a page of graffiti some of which read ‘Time is pain,  brother’, God was an Israeli — Nietzsche; ‘Not even my sentences have a right to return’, and; ‘If Batman knew about this you would be in so much trouble’; and Rami’s favourite, ‘End the pre-occupation (with the Occupation).

After an American Israel Public Affairs Committee (AIPAC) meeting in Washington, Bassam has a meeting with Senator John Kelly and tells him, ‘Senator, you murdered my daughter.’

Finally the two stories become one.

As Rami sagely points out, “It will be over when we talk.”  Bassam, though, sums it up neatly. “Once I thought we could never solve our conflict, we would continue hating each other forever, but it is not written anywhere that we have to go on killing each other. The hero makes a friend of his enemy. When they killed my daughter they killed my fear. I have no fear. I can do anything now.”

McCann has written a brilliant and thoughtful novel about the complex Middle East conflict and while he doesn’t pretend to offer any solution it does give a new insight into what seems to be an implacable problem.