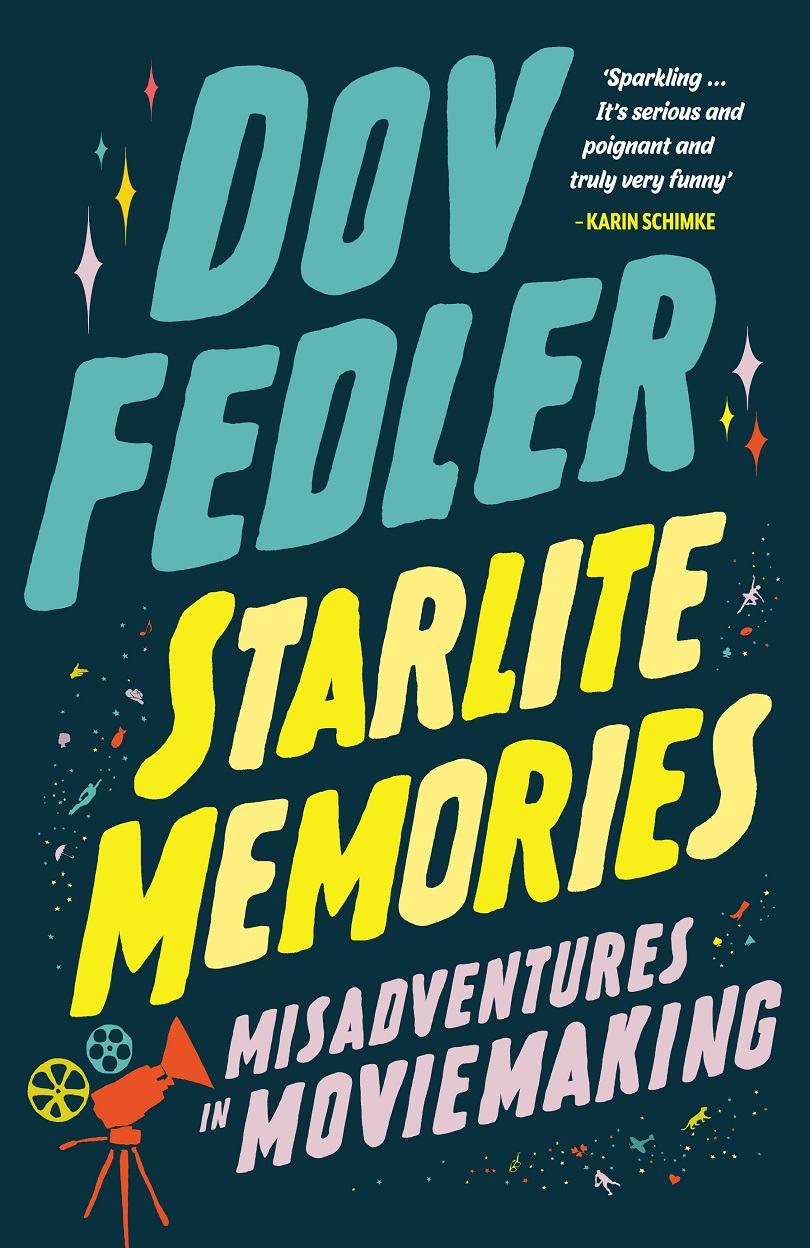 Dov Fedler, one of South Africa’s best known political cartoonists, has, ever since he was a small boy growing up in Mayfair, Johannesburg, always dreamed of directing a movie. But his parents, Chaya and Chona, who came to South Africa after the Russian Revolution have other plans for him and his older brother, Mottie, who is a genius with machines, any machine, however, he has zero interest in school. Chona wants him to join him in his printing business. Mottie who can fix any electrical appliance becomes a printer in Chona’s business. Although Dov Fedler has shown an aptitude for drawing at a young age Chona wants him to become a dentist. But life gets in the way of plans and Dov Felder becomes a renowned cartoonist and ad agencies, corporates, newspapers and magazines clamour for his work.

He also gets a shot at directing movies and in 1983 teams up with producer Moe Mankowitz to make Timer Joe Part 3, a comedy that Fedler wrote. The Timer Joe series is Mankowitz’s property and he is being subsidised by the apartheid government to make films for the black market. Cameraman Hennie Basson, is a major partner in the venture. Fedler first met the “movie mogul” Mankowitz two years previously and he gave the impression that It was his vision but neglected to mention the National Party’s role in the project.

On the first day of filming Fedler arrives with pages and pages of notes as well as story boards for the cast and crew. It is then that Mankowitz informs him that the cast speak only isiZulu. And so the fun begins …

Each chapter and there are 85 is headed by the name of one of Fedler’s favourite movies and  is pertinent to the contents. Chapter one is Zulu (1964) which made Michael Caine a star and in which the former Inkatha Freedom Party leader,  Chief Mangosuthu Buthulezi, played a Zulu warrior. It was filmed in KwaZulu-Natal and was about an encounter between Zulu impis and a British legion defending a fort. In this chapter Fedler expresses his frustration about not finding a Zulu word for furtive as he needs one of the cast members of Timer Joe Part 3 to act furtively, so you can understand Fedler’s dilemma. It gets worse when he learns that none of the actors understands English. Fast forward to the next chapter, Wing and a Prayer (Don Ameche leads his men to defeat the Japanese at a heavy cost: 1944). The cavalry arrive by minibus in the nick of time to save the day. They are led by a young Nelson Mandela lookalike, Louis “Half-Nelson” Khumalo aka the Coach who will act as the translator but he also manages a stokvel (a collective) which invests in the movie.

Starlite Memories is much more than a book about making a movie: it is a touching and moving memoir of an Orthodox Jewish boy growing up in South Africa in the rough and tumble streets of Mayfair to the more sedate suburb of Greenside on the road to becoming one of the country’s most successful political cartoonists, despite the fact that his father wanted him to be a dentist. However, the moment of truth comes when Fedler’s parents take him to see Walt Disney’s Pinocchio. It’s then that he knows cartooning will be his life but movie-making will be his mistress.

Fedler learns early, that, “My life is not my own. As far as I can ascertain it is my parents who will determine everything for me.” How he feels is his mother’s business, and she knows at a glance if he’s well or not. But his career is his father’s business; Big brother Mot thinks Dov is Chicken Little from the children’s story and fills his head with nonsense that he believes. Older sister Rae mostly tells him what he can and cannot do. When her mother tells her that if she doesn’t get married soon she’ll be left on the shelf, Mot shows Dov the shelf that’s been reserved for Rae, but he doesn’t think it’s big enough.

While growing up Fedler had encounters with some unusual people, many of them famous, others not so much.

Fedler’s neighbours in Mayfair were the Kudsees, a Lebanese family and Raymond was one of his best friends. The house had a great covered porch which included a proper ping-pong table and some comfortable armchairs. He had never seen a house like that and doubted that any of Mayfair’s Jewish families owned anything similar. The Kudsees built a guest room in the backyard for Mrs Kudsee’s nephew, Al Debbo,  one of the great Afrikaans comedians of the time, and he frequently stayed over.

However, the young Fedler doesn’t believe he exists until Al Debbo challenges him to a table tennis match. The score is 21 love and “no laughs at all”.
Which the Afrikaans king of comedy proves again when Fedler meets him many years later when he wrote the script for Haak Vrystaat, commissioned by the Sullivans, a father-and-son team of movie producers for which he was paid R3 500 up front. Debbo wasn’t the most genial or welcoming of hosts and Fedler soon find out why.

When the family moved to Greenside Fedler was always the first in line at the Rex in Greenway Road to see anything that’s showing at the bioscope. This time he was running to see Walt Disney’s Song of the South. But when he got to the cashier’s window he discovered that the sixpence for the ticket had fallen out of his pocket. However, Jannie the usher refused to let him. Sobbing uncontrollably he walked sadly to Taki’s café next to the Rex. Taki was always the scariest guy keeping an eagle eye on the youngsters thronging the shop so they wouldn’t steal the sweets. Taki came to the young Dov’s rescue and he watched the “filum”. It was the same Taki

Other memories Fedler has is of having tea at John Orr’s and Stuttafords where the Jewish women used to meet and have tea after their shopping. On one occasion he learns that Mrs Livi’s son, Ivo Livi, is the famous actor Yves Montand who was involved with Edith Piaf, married Simone Signoret and had an affair with Marilyn Munro when he co-starred with her on Let’s Make Love.

The end is written when Dov Fedler is invited to the premier of Timer Joe Part 3 in a “café bio” on street level. There is no fanfare, it’s an ordinary Monday morning.

Hennie is there and so are Louis and Moe. But the movie gets the thumbs up from the coach —  and the audience.

Starlite Memories is a moving portrait of the life and times of Dov Fedler, his family and the people he meets along the way, told with poignancy and flashes of humour. It’s truly a walk down memory lane.