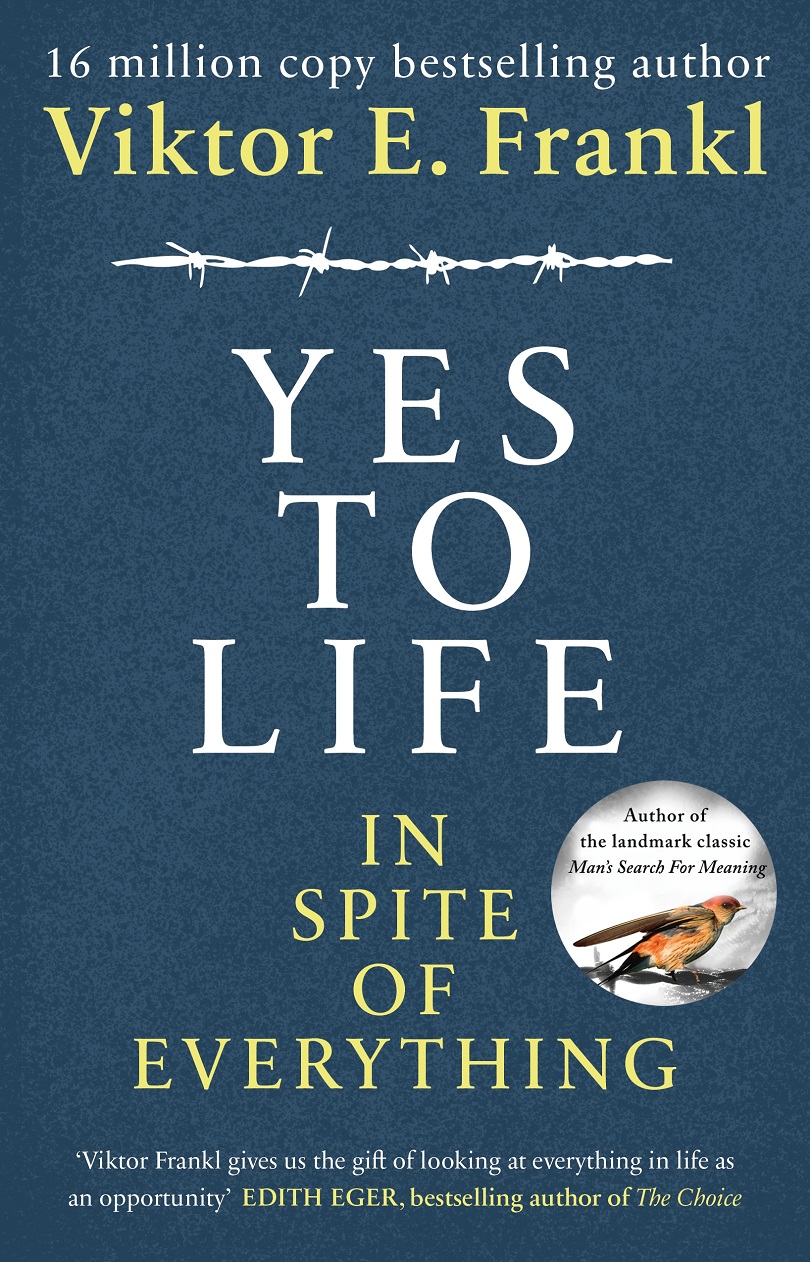 In Spite of Everything

Soon after his liberation from Auschwitz where the parents of renowned psychiatrist Viktor E. Frankl, and his pregnant wife were murdered by the Nazis he delivered a series of lectures, on The Meaning and Value of Life 1 and on The Meaning and Value of Life II and Experimentum Crucis, at an adult education college in Ottakring, a working class suburb of Vienna in March and April 1946.

He was finally liberated in April but it was only in August when he was able to return to Vienna, where in the Afterword by archivist Dr Franz Vesely, the most dreadful news awaited him (about the death of his parents and his pregnant wife). Frankl’s despair is evident in the harrowing letters he wrote to friends and relatives. However, he plunged himself in to work and took over the management of the neurological department of the Vienna Policlinic, and he wrote two books at the Ottakring College where he delivered the first three lectures which for the first time have been published in English.

Ever since his youth Frankl has been interested in the meaning of life, that even in suffering and failure there has to be meaning.

This in fact is the subject of the three lectures: they are all thought-provoking and deeply profound that will give you plenty to ponder on and may even change your world view. In Part 1 on the Meaning and Value of Life, Frankl makes the point in response to an assistant tailor’s question” “What can I do with my life? Look at you, you have set up counselling centres; you help people; you straighten people out; but I, who am I?, a tailor’s assistant. What can I do to give my life meaning through my actions?”.

Frankl responded that this man had forgotten that it is never a question of where someone is in life or which profession he is in; it is only a matter of how he occupies his circle in life and fills his place. Whether a life is fulfilled does not depend on how great one’s radius of action is, but rather only on whether the circle is fully filled out. In Part II Frankl makes the point that illness does not necessarily involve a loss of meaning, an impoverishment in meaning of our existence; but depending on the possibilities, it is also something meaningful. In this case Frankl was using the example of a brilliant graphic artist, who because of a tumour on his spinal cord found another way to exploit his creative talents. In the third lecture,  Experimentum Crucis, Frankl relives the horror of the Kaufering March where 280 prisoners from the concentration camp, were escorted by the SS to build a concealed munitions dump in the forest. Despite the tortuous walk on legs infected by ulcers, festering pressure sores, ulcerated chilblains and feet swollen from hunger oedema, all the men could think about was the thin gruel, the only meal of the day that was dished out at the end of the shift , and whether they would be lucky enough to get a piece of potato. Frankl was one of the men on that march and he refers to the phenomenon as the Psychology of the Concentration Camp, the title of one of his lectures.

As always the lectures end on a note of hope despite the horrors Frankl and millions of Jews and others endured at the hands of the Nazis.

The message from the three lectures is to show that people can still, despite hardship and death (first lecture); in spite of suffering from physical or mental illness (second lecture) or feeling the Nazi jackboot and unspeakable horror of  the concentration camp (third lecture), is say yes to life in spite of everything.

In the foreword Daniel Goleman writes that it is a minor miracle that the book exists. The lectures first edited in to a book by Frankl and published by a German publisher went out of print. And was largely forgotten until that same publisher recovered it from his archives. It is the first time that, Yes To Life: In Spite of Everything, has been published in English.

Goleman notes that despite Frankl’s personal tragedies and the horror of the Holocaust, he was able to put such suffering in a perspective that has inspired millions of readers of his best-known book, Man’s Search for Meaning.

Yes To Life has already inspired thousands more and now that it is accessible many, many more people will get inspiration and hope.

As Goleman points out that after seven decades the reality Frankl speaks about has long since gone. “Even so, Frankl’s words shaped by the trials he had endured, have a surprising timeliness today.”