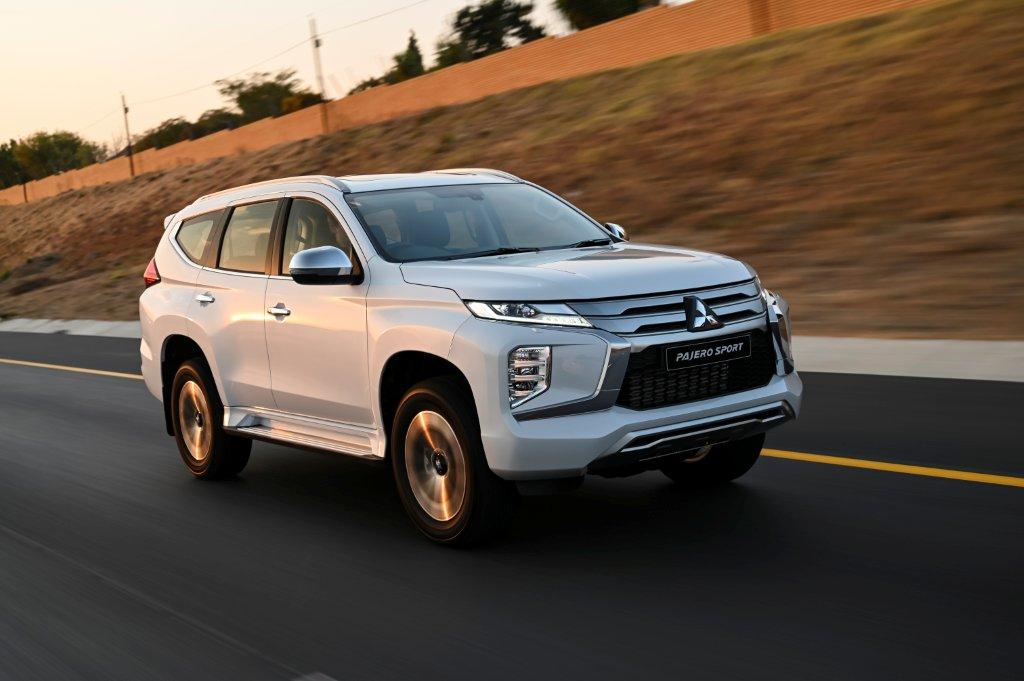 Brian Joss – Mitsubishi Motors South Africa has yet another reason to celebrate – after increasing their market share in September, a total of three Mitsubishi models have scooped up nominations as semi-finalists for the 2020/21 #CarsAwards.

The theme for the 2020/21 Cars.co.za Consumer Awards, “Be Part of the Journey – My Car, My Freedom” neatly links up with Mitsubishi’s “Elevate Your Journey” theme for 2020, the company said.

MMSA came out of the latest round of the national lockdown, downgraded to Level 1, with guns blazing – increasing its local market share in the month of September by a healthy margin. Now, with no less than three models nominated for the coveted Cars Awards for 2020/’21, dealers are standing ready to serve their loyal customers “like normal”, but with all the necessary safety measures.

“Although South Africans – and the world – are experiencing ‘a new normal’, it’s business as usual at all our Mitsubishi dealers,” says Nic Campbell, General Manager of Mitsubishi Motors South Africa.

The three Mitsubishi models that have made the list, form part of the list of 65 vehicles, which includes model derivatives from no fewer than 24 brands represented in the South African market. “All vehicles available on the South African market on October 1, 2020, were eligible, not only new products that were launched during the past 12 months,” says Cars.co.za Consumer Experience Manager Hannes Oosthuizen.

Mitsubishi Motors South Africa had a tremendously successful “reopening” once the motoring retail trade resumed business in May, reaching a new high in September with an increased market share.

“September market share increased for the third month in a row compared to pre-Covid numbers, with our latest addition to the range, the Mitsubishi Pajero Sport Exceed, our most stylish Pajero Sport yet, leading the way in both our September sales and now the Cars Awards as well,” says Campbell.

The 2020/’21 Cars.co.za Consumer Awards semi-finalists boast 11 brands that – like Mitsubishi Motors South Africa – have at least three semi-finalists in the running for category honours.

“This year we also consider pricing movements, to make sure that our categories remain relevant to the consumer,” said Oosthuizen.

One of these is the new crossover segment, represented by the Mitsubishi Eclipse Cross 1.5T GLS, which addresses the growing demand for such vehicles at more affordable prices in the new #CarsAwards category.

The new Mitsubishi Pajero Sport 2.4 DI-D 4×4 Exceed, which was only launched in the second week of September, is one of five semi-finalists in the Adventure SUV category of the 2020/’21 #CarsAwards.

“The new Pajero Sport is proving its extreme importance to the Mitsubishi range thanks to its positive sales performance in its very first month and its accolade of being chosen for the #CarsAwards,” says Campbell. “On top of that, the new Mitsubishi Pajero Sport Exceed ticks all the boxes to become our hero model.”

The newest version, which includes new storage areas near and under the gear lever, joins the rest of the range with the latest in active and passive safety, including active stability and traction control (ASTC), anti-lock braking system (ABS), electronic brake-force distribution (EBD), and an emergency brake assist system (BAS).

Not to be left out, the Mitsubishi Eclipse Cross 1.5T GLS (crossover semi-finalist in the #CarsAwards) and the Mitsubishi Triton 2.4 DI-D 4×4 Extreme Double-Cab (leisure semi-finalist) have impressed the Cars.co.za motoring journalist judges thanks to their features and impressive pricing.

The extended Cars.co.za editorial team will score the semi-finalists individually, taking into account various criteria set out for each of the respective categories.

Following that, the top three finalists per category will be announced and subjected to back-to-back testing at the renowned Gerotek proving ground in Gauteng by the combined judging panel (the 6 Cars.co.za editorial team members and 14 respected guest judges from various backgrounds and fields of expertise) on 3 and 4 November 2020.

CAPTION: In the running: the Mitsubishi Pajero Sport. Picture: Quickpic