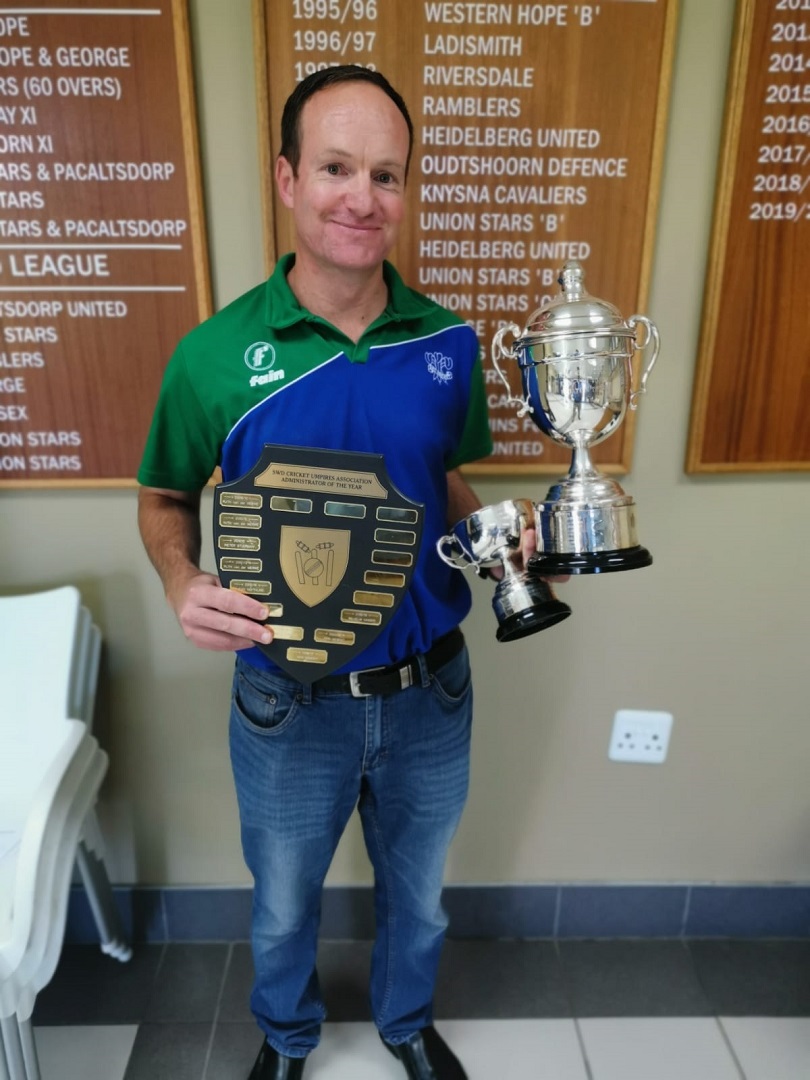 The top SWD cricket umpire, André Olivier, scooped three awards at the Annual SWD Cricket Umpires Awards ceremony that was held on Saturday after the association held their Annual General Meeting in Oudtshoorn.

The former SWD first-class cricketer won the Awards as a top umpire in the premier- and women’s league and he also received the awards as the administrator of the season for his valuable contribution towards the training program of umpires in the province.  Olivier is an accredited CSA umpire educator.

Caption: SWD’s top umpire, André Olivier, who won the award as Umpire of the season in the premier- and women’s league and administrator of the year.